This is it, the luckiest break in the history of golf 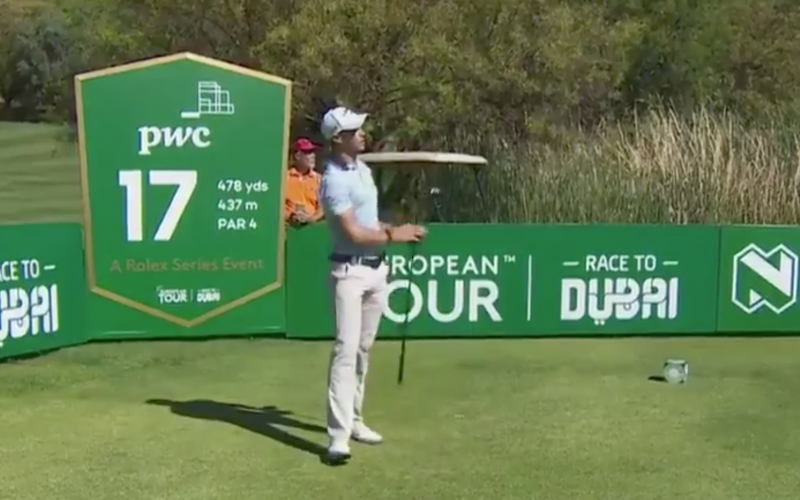 By Christopher Powers
You might be rolling your eyes at another “luckiest break ever” headline, but we assure you, this one from Friday at the Nedbank Golf Challenge truly is the luckiest break in golf history.

After going four under on his first 16 holes, Belgium’s Thomas Detry ran into some serious trouble at the par-4 17th at Gary Player CC. His first tee ball found the water down the left side, and it was apparently so poorly hit that he had to re-tee, rather than take a drop from the lateral hazard. His next tee shot, which was his third stroke on the hole, threatened to find the water again, but Detry was the beneficiary of one of the all-time fortuitous bounces you’ll ever see:

One of the luckiest breaks we’ve ever seen ?

Hitting a flagpole to not go into the water! #NGC2019 #RolexSeries pic.twitter.com/DJY1MW7Niy

You could stand on that tee the rest of your life and not hit the pole of that windsock with a golf ball. One in a million, perhaps even a billion.

Detry might remember that one on Sunday in South Africa. Thanks to that pole, he was able to save a double bogey. Had he gone in the water again, he’d be dropping near that windsock and hitting his fifth from the rough, bringing 7 or 8 into play. Even with a bogey at the 18th, Detry is at seven-under for the week, putting him alone in third place and four off the lead of Zander Lombard.