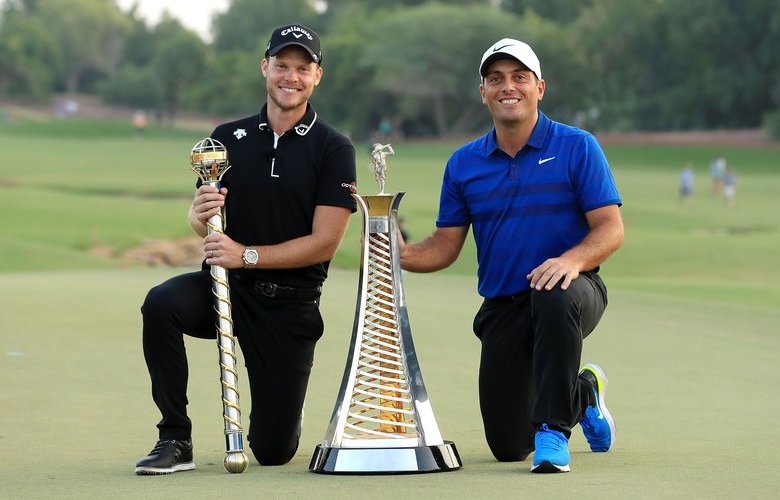 By Kent Gray
Six of the top-10 players in the Race to Dubai standings will tee it up in the $7 million Dubai Duty Free Irish Open starting at Lahinch Golf Club in Co. Clare today.

There are Dubai links to the Irish Open – the hint is in the name – and on-going interest as the Race to Dubai enters an important three weeks of links golf culminating in the 148th Open Championship at Royal Portrush which will also have a heartening Middle East subplot. 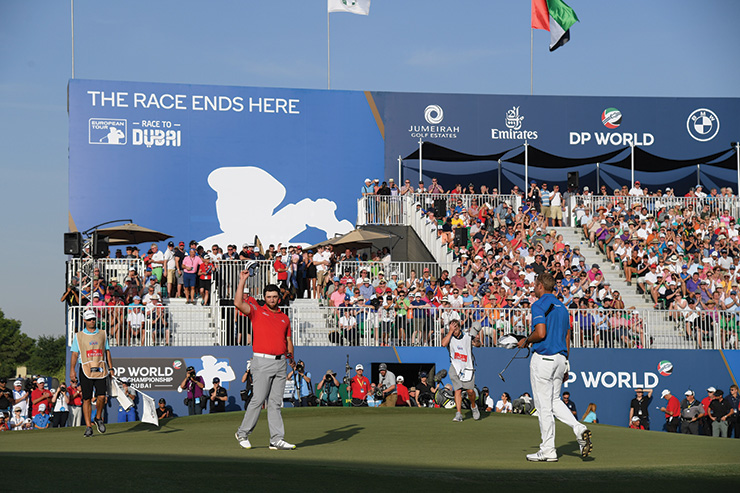 Rahm salutes the galleries on Earth after sealing the 2017 DP World Tour Championship.

Indeed, the links focus will train the eyes of the golfing world on the European Tour for the best part of a month as the countdown to the season-ending DP World Tour Championship heats up.

It’s also a timely reminder to Middle East fans to register for free tickets to the Jumeirah Golf Estates decider from Nov. 21-24.

With the world’s largest winner’s prize – $3 million of the total $8 million purse – it’s going to be another fascinating four-day circumnavigation of Earth at JGE. You can register for tickets here or follow the prompts in this DPWTC tweet:

REGISTRATION IS OPEN FOR FREE TICKETS at https://t.co/3j36zFNFT1 & 10% hospitality discount

Get in quick and you could even a pair of VIP hospitality passes.

Bezuidenhout moves into the Top 10 of the Race to Dubai Rankings after his Valderrama Victory 🏆 pic.twitter.com/U8jBiAQQ3m