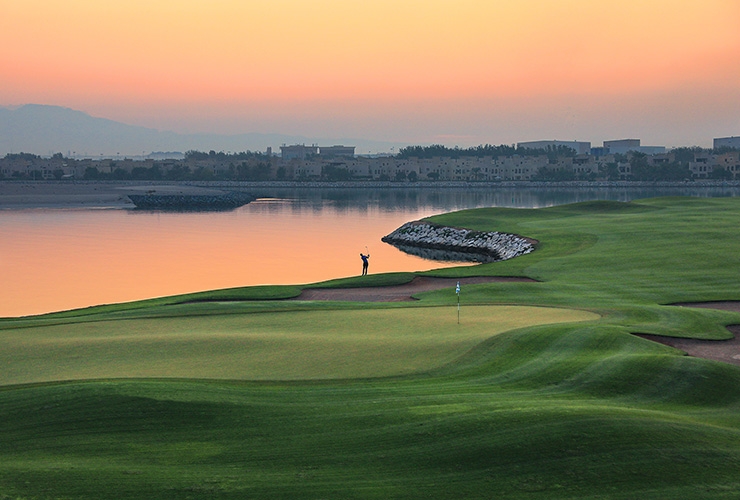 By Kent Gray
It’s RAK for KAEC as the European Tour continues to drip-feed its 2022 schedule with lashings of Middle East intrigue.

The $2 million Ras Al Khaimah Championship presented by Phoenix Capital was announced Monday, taking the place of the now Asian Tour-aligned Saudi International in the Race to Dubai calendar.

To be staged at Al Hamra Golf Club from February 3-6, the event has been slotted between back-to-back Rolex Series events in neighbouring emirates Abu Dhabi and Dubai and the Commercial Bank Qatar Masters.

A fifth event in what the European Tour is describing as a “ground-breaking Middle East swing” will be added in “due course”.  The Oman Open, which was promoted to full-tour status in 2018 and ran successfully for three seasons before the pandemic scuppered this year’s edition at Al Mouj Golf, is the most obvious candidate although nothing is guaranteed in this uncertain time.

What is known is that Al Hamra G.C. replaces Royal Greens Golf & Country Club in King Abdullah Economic City (KAEC) as the European Tour scrambles to shore up a 2022 schedule impacted by Golf Saudi’s decision to take its riches to the AsianTour.

A major Asian Tour rebrand is pending with the $5 million Saudi International – to be staged directly opposite RAK from February 3-6 – already confirmed as the tour’s “flagship” season opener. It is also understood that the Hong Kong and Malaysian Opens, long-time staples of the European Tour, are now also part of the reimagined Asian Tour.

Keith Pelley, the European Tour’s Chief Executive, was emphasising the positives on Tuesday despite the fact RAK will be played opposite an event with $3 million more on the line and again promising “one of the strongest fields in world golf”.

“For decades the Middle East has been a hugely important region for the European Tour and today’s announcement further illustrates that. We are delighted to take our Tour to a new Emirate, Ras Al Khaimah, for the first time,” said Pelley.

“Our traditional spell in the Middle East at the start of each calendar year is always very popular and these five consecutive events in early 2022 will provide fantastic playing opportunities for our entire membership. 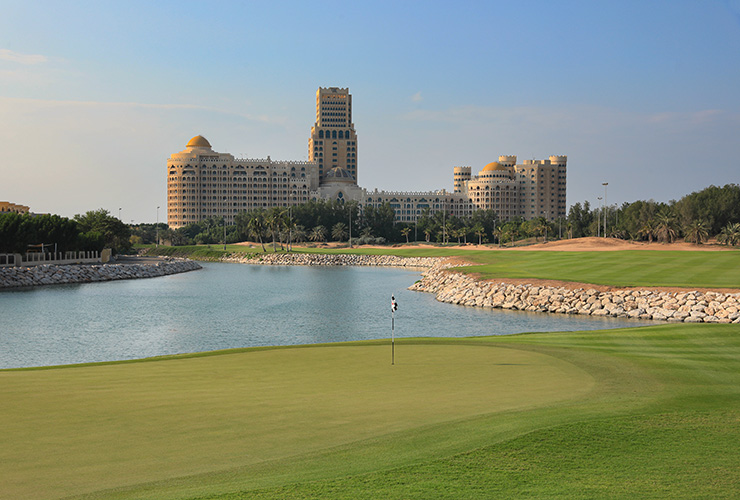 “I would like to thank our presenting partner Phoenix Capital and their Chairman Abdullah Al Naboodah for his personal vision and commitment; the Ras Al Khaimah Tourism Development Authority for their support of this new tournament, as well as everyone at the Al Hamra Golf Club. All our staff who worked on our Challenge Tour events there have told us what a special venue it is, and we look forward to enjoying the unique Ras Al Khaimah hospitality next February.”

During the Ras Al Khaimah Challenge Tour Grand Final, Spaniard Adri Arnaus finished one shot clear of France’s Victor Perez, with the pair ending the season in second and third position on the 2018 Challenge Tour Rankings behind Denmark’s Joachim B. Hansen. All three players are now firmly established on the European Tour.

Abdullah Al Naboodah, Chairman of investment company Phoenix Capital, said: “I’m delighted to support this new European Tour event in the Emirate of Ras Al Khaimah. Golf in the UAE and the European Tour is dear to the Al Naboodah businesses having supported the Dubai Desert Classic and Abu Dhabi Golf Championship in past years.

“Indeed, our company built the Emirates Golf Club which opened in 1988, the first grass golf course in the Middle East. This will be a great event, sitting in a run of tournaments along with Abu Dhabi and Dubai. It is a terrific showcase for global golfers to visit the UAE and the Middle East as a whole.”

The European Tour will conclude its 2021 season with a fortnight in the UAE next month, with the AVIV Dubai Championship recently slotted into the schedule at Jumeirah Golf Estates (Nov. 11-14) the week before the top-50 in the Race to Dubai standings play the season-deciding DP World Tour Championship on JGE’s Earth course (Nov. 18-21).