By Kent Gray
The European Tour season will again climax with a Dubai double-header as the Emirate increasingly becomes a safe COVID-19 bolthole for the professional and amateur game.

The AVIV Dubai Championship was announced as the Race to Dubai’s penultimate 2021 event on Tuesday. Scheduled for Nov. 11-14 on the Fire course at Jumeirah Golf Estates, the US$1.5 million event is a direct replacement for the Golf in Dubai Championship which was supposedly a stop-gap measure when the pandemic decimated last season’s schedule.

It will be played the week before the season-deciding DP World Tour Championship on Earth and replaces the cancelled Nedbank Golf Challenge Hosted by Gary Player on an ever-moving European Tour calendar. The South African event will now return for its 40th anniversary in 2022.

Dubai Golf has become something of an 11th-hour saviour for the game as the pandemic continues to wreak havoc around the globe.

In addition to the Race to Dubai double-header, another of Dubai Golf’s properties, Dubai Creek & Golf Club, has stepped in to host the 12th Asia-Pacific Amateur Championship (AAC) from November 3-6 after it was originally scheduled for Sentosa Golf Club in Singapore this month.

Abu Dhabi Golf Club, meanwhile, will host the 3rd Women’s Amateur Asia-Pacific (WAAP) championship. The event, to be staged from November 10-13, was originally scheduled for Siam Country Club in Pattaya, Thailand. With JGE set to host the World Amateur Teams Championships in 2023 with the 32nd Eisenhower Trophy (men) and 31st Espirito Santo Trophy (women) to be played on JGE’s Fire course, the UAE will be the epicentre of world amateur golf for two years.

The AVIV Dubai Championship-DPWTC double-header forms a new-look end to the European Tour’s 2021 season following the recent additions of the Mallorca Golf Open (October 21-24) and Portugal Masters (November 4-7). Players in those two events and the AVIV Dubai Championship will be aiming to secure their spot in the US$9 million DP World Tour Championship which will comprise the leading 50 available players on the Race to Dubai. 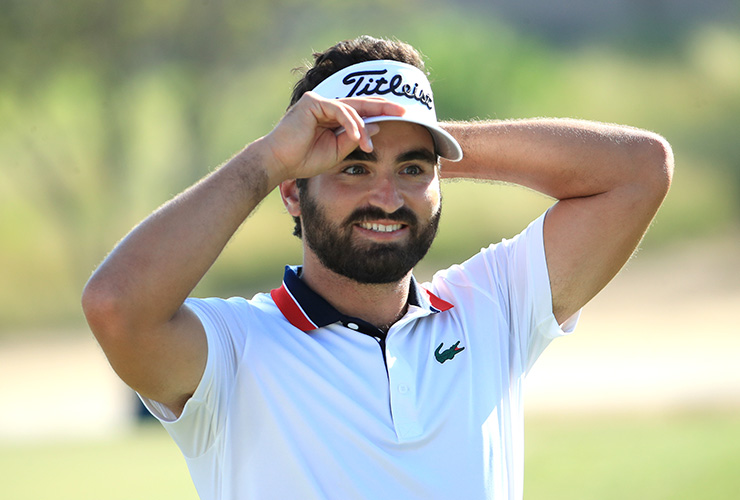 “Last year’s tournament on the Fire course, created to complete our 2020 schedule, was a great success and we are delighted to bring the AVIV Dubai Championship to our schedule as the final piece in our jigsaw this season,” said European Tour Chief Executive Keith Pelley.

“It means we will have two strong ‘Swings’ to end our 2021 campaign – the Iberian Swing in Spain and Portugal and now this Dubai double-header at Jumeirah Golf Estates.

“Once again, I would like to thank the leaders of Dubai, DP World, AVIV Clinics and Jumeirah Golf Estates for helping us to play this event and we look forward to a terrific fortnight as we conclude another Race to Dubai on the Fire and Earth courses.”