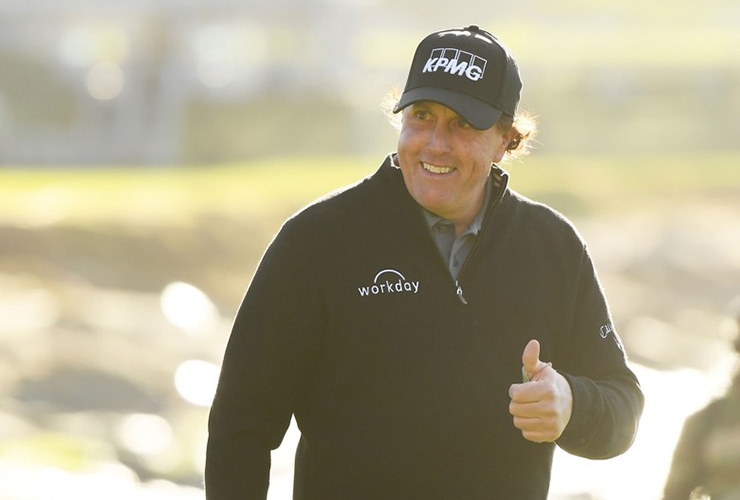 By Alex Myers
Leave it to Phil Mickelson to have golf fans still talking about a shot—well, really, a decision—days after finishing in 61st place of a fall PGA Tour event. But it isn’t often you see a player hit driver from a bush. It also isn’t often that TV cameras miss any of Mickelson’s shots.

It happened after Barstool’s ForePlayPod twitter handle shared a different angle of the ridiculous recovery shot. Shortly after, Mickelson explained the unusual club choice in a way that only Phil—and maybe Bryson DeChambeau—can:

Only thing missing from this video are @PhilMickelson’s calves pic.twitter.com/CYQ9UrdZyv

The “depth of the face,” you say? Hmm. OK then. Mickelson’s description also makes it clear the shot happened on the par-5 ninth hole at TPC Summerlin during Saturday’s third round. Mickelson made par on the hole after a disappointing third shot and wound up shooting 74 to tumble down the leader board. Mickelson also explained why he didn’t take relief from the cart path:

was there any option of relief from the cart path?

Not that keeping a sturdy stance on a cart path is difficult when you have calves like Phil. The previous day, he stood on another path and hit this incredible escape shot:

From the cart path.
In the gravel.
Around the tree.

Leave it to Phil. pic.twitter.com/Zqx13OjF1B

Unfortunately, no one asked Phil to explain the science behind hitting a low, hard slice out of gravel. Maybe he’ll explain on the next Phireside Chat.