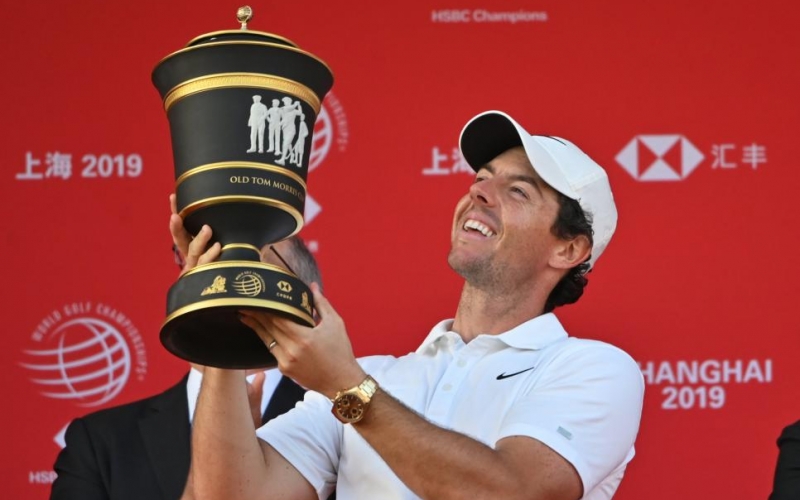 By Tod Leonard
With other PGA Tour events in Asia this fall being moved to the United States because of the coronavirus pandemic, next up in the decision-making process was the WGC-HSBC Champions in Shanghai, China, scheduled for Oct. 29-Nov. 1. That call came on Tuesday, with the tour announcing it is cancelling the tournament for 2020.

In a release, the tour cited the announcement of guidelines put forth by the General Administration of Sports of China, which said in early July that only a small number of “important” international events would be allowed to go on, and, ultimately, the HSBC was not one of them.

“In line with Chinese government guidelines and being mindful of the logistical implications, we collectively made the difficult decision to cancel the 2020 event,” said Ty Votaw, a tour executive vice president who oversees the international schedule.

In the past week, the tour already had moved the CJ Cup from South Korea to Shadow Creek in Las Vegas, and the Zozo Championship from Japan to Sherwood Country Club in Thousand Oaks, Calif. Still remaining on the schedule is the Bermuda Championship, which was to be played concurrently with the HSBC. The next foreign event beyond that is the Mayakoba Golf Classic in Playa del Carmen, Mexico, Dec. 3-6.

As Votaw noted, the HSBC has been a popular event in China. It gained WGC status in 2009 and nearly all of its winners are high-profile players, including Phil Mickelson, Dustin Johnson, Martin Kaymer and Bubba Watson. Rory McIlroy won in 2019, immediately preceded by Xander Schauffele and Justin Rose.

The loss of the HSBC Champions brings to 12 the number of tour events cancelled this season because of COVID-19, including the Open Championship and Players Championship. Fourteen tournaments have been postponed and rescheduled for later dates in 2020, while the Ryder Cup and men’s and women’s Olympic competitions were pushed to 2021.