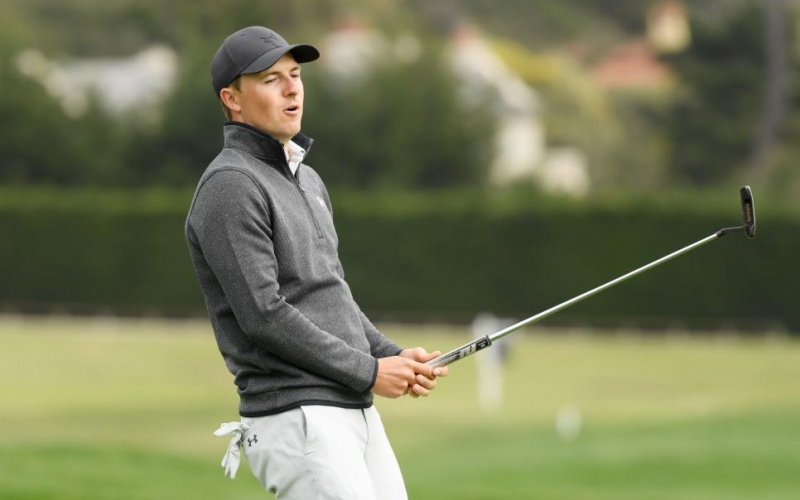 By Alex Myers
The debate over whether Jordan Spieth is “BACK!” or not rages on, but the three-time major champ never left when it comes to being one of the top draws on the PGA Tour.

After a disastrous start to the 2020-2021 season that dropped Spieth to 92nd in the Official World Golf Ranking and extended his winless drought to more than three and a half years, the 27-year-old has turned things around the past two weeks with back-to-back top-five finishes in Phoenix and Pebble Beach. Sure, he was disappointed to not convert having at least a share of the 54-hole lead at both, but there were plenty of positives to take away. And his presence was clearly felt as evidenced by Sunday’s ratings.

To be sure, many were also impressed by Daniel Berger’s 65 to win the golf tournament. No offense to Beger, though, but we’re fairly sure Spieth was the main cause for the spike. Not too surprising considering the former World No. 1’s popularity among fans.

Also of note is the fact that celebrities not playing this year due to COVID-19 didn’t negatively affect ratings. Again, not too surprising.

In any event, these were great numbers for CBS, especially given all the talk of what a weak field it was. And it’s a great sign for the network heading forward.

The sport’s biggest attraction, Tiger Woods, remains sideline while recovering from a fifth back surgery. But for TV networks, a resurgent Jordan Spieth—who will play again this week at the Genesis Invitational—might be the next best thing.

How frustrated had Koepka become?