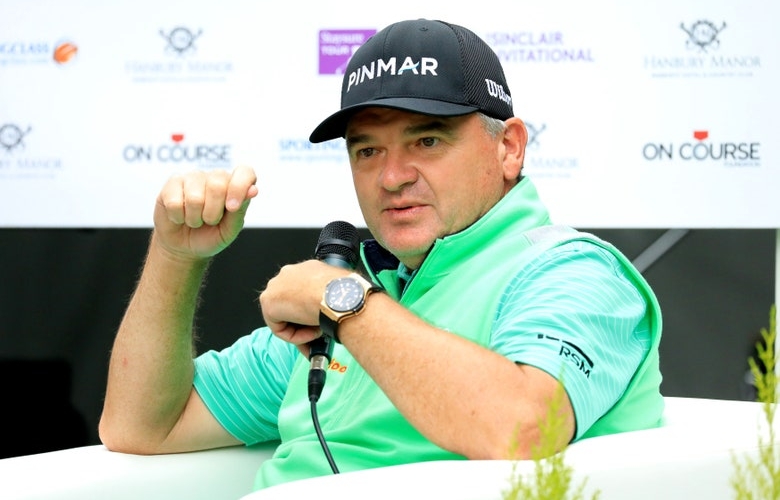 Phil Inglis
Paul Lawrie speaks during the Q and A hosted by Ken Schofield after the second round of the 2019 Sinclair Invitational.

By John Huggan
In a strange new world in which professional golfers suddenly have time on their hands (and feet, legs and just about every other part of their anatomies due to the coronavirus), Paul Lawrie is suffering less than most. The 1999 Open champion has never had much trouble finding things to do, no matter the circumstances.

One of only eight men to have played more than 600 events on the European Tour—where he won eight times and twice represented the Old World in the Ryder Cup—the now 51-year-old Scot was last season’s rookie of the year on the Staysure (European Seniors) Tour, winning the Scottish Senior Open along the way. Lawrie also competes as and when he can on the PGA Tour Champions (invitations have, however, been less than plentiful), in between helping out at his eponymous Golf Centre just outside his home city of Aberdeen.

Away from the tour, Lawrie and his wife, Marian, organize and run the Paul Lawrie Foundation, its core aim to get as many juniors as possible playing golf. Since its formation almost two decades ago, more than 30,000 youngsters have taken part in the various activities that run weekly from April to October every year.

And there’s more. On the back of helping European Tour player David Law with his various sponsorships two years ago, Lawrie founded the Five Star sports agency, which now boasts six clients, including himself. The company is also involved in running and promoting events like Lawrie’s own invitational pro-am, the Brewdog Northern Open and the Farmfoods Scottish Par-3 Championship.

That relatively modest operation suits Lawrie just fine, at least for the moment. Long experience has shown him the many pitfalls that can await a management group that gets too big, too fast. And, having made a few mistakes himself along the way, he brings to his still newish role a neat combination of enthusiasm and cynicism.

All of a sudden, for example, Lawrie has gone from always being able to get people on the phone, to having some not return his calls. It’s a strange feeling, one he sometimes struggles to understand. To him, it does seem like bad manners.

“I’ve always enjoyed meeting business people and being involved in any deals that result,” Lawrie says. “It’s not quite the same as playing, of course. But when I come away from a meeting with a good deal for a player, I get a huge buzz. So for us to take on more than we have at the moment, I would have to hire someone. I don’t want to do that just yet. As things stand, I can do all that I need to do and play a bit too. Six of us is enough at the moment because of how much I am involved.”

And on the other side of that equation?

“I’ve always been hard but fair with agents,” Lawrie says. “But I hammered them for not letting me know what was going on. If they had a meeting with someone, I wanted to know what happened straight away. I wanted to know what was said. Basic communication is huge with me. Plus, I like honesty. I’ve had situations in the past where I have signed with someone who told me their intent was to have only three or four players on their books. Then, six months, on they have a dozen, which affected how much time they devoted to me. That won’t be happening at Five Star.” 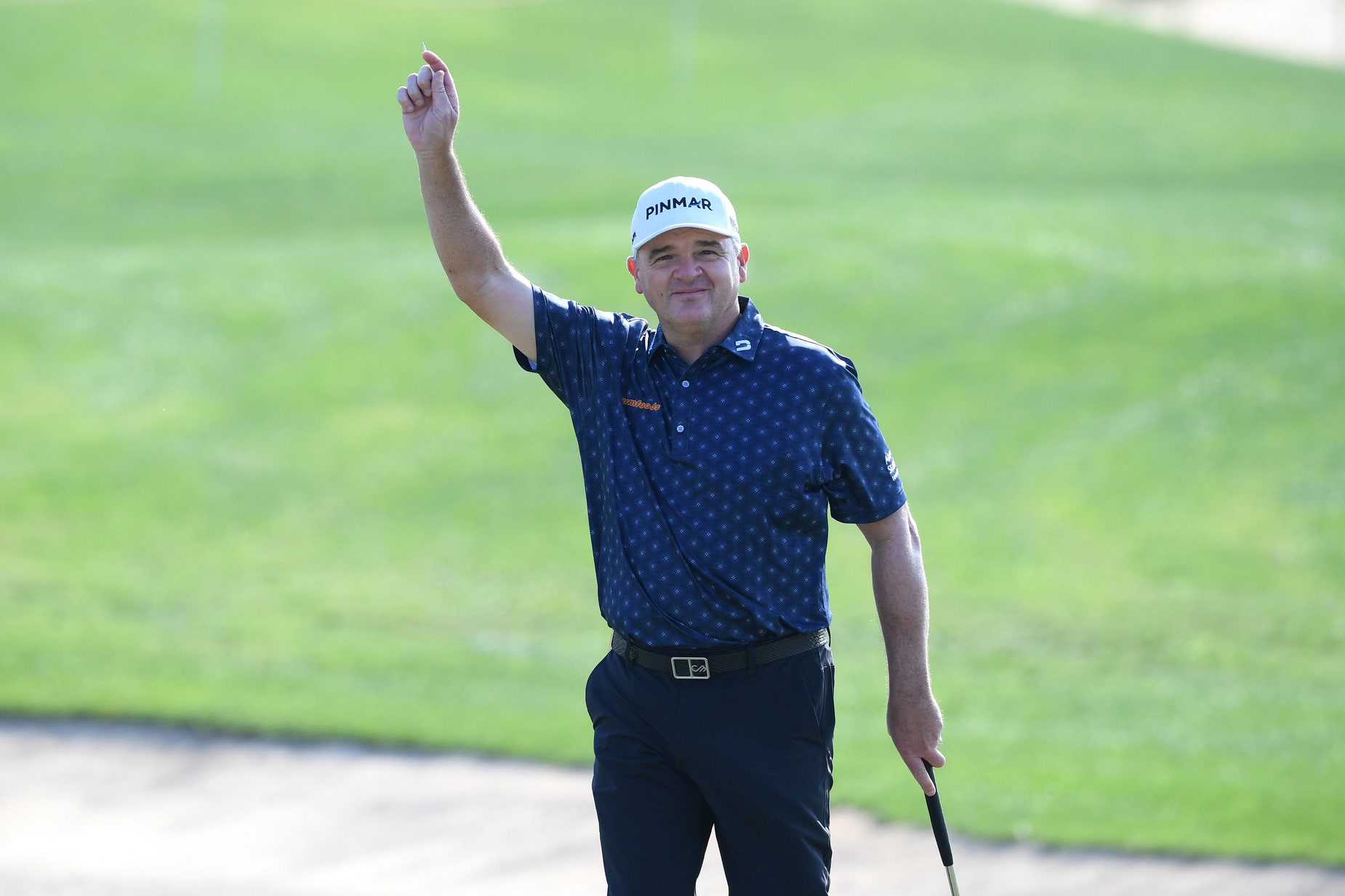 Ross Kinnaird
Lawrie says he hopes to continue to play some golf, after winning rookie of the year honours on the European senior tour in 2019.

Indeed, as a manager, Lawrie is impressing on all of his clients the importance of creating a close relationship with each and every sponsor. Which is how he operated as a player.

“I was always a little different from most players,” Lawrie says. “I wanted to really know my sponsors, which is unusual. Most players leave everything like that to their agents. They meet sponsors only rarely. But I have always maintained contact with those giving me money. I go and see them. I call them on the phone. I email. I often play nine holes with some of my longer-standing sponsors. I don’t pester them. But a few times a year it is nice to meet up and talk about things.

“When I set up Five Star, I drummed that approach into all the players,” he says. “It has worked for me. I am someone who has had sponsors for long periods. I’ve been with Aberdeen Standard Investments since 1999. I like to think there are good reasons for that.”

Lawrie’s charges can also expect their agent to take advantage of every opportunity. Living up (or down) to the careful-with-cash image of every Aberdonian, he was always well covered in company logos. “Festooned” might be a more accurate description.

“I had as many as 12 sponsors pretty much my whole career,” says Lawrie with a smile. “That is both sleeves, both sides of the chest, both collars, back of neck, hat, glove, ball, clubs, shoes. At the moment, David Law has only his left chest for sale.”

RELATED: Golf is still being played at St. Andrews, but the R&A Clubhouse closes

Looking forward, Lawrie sees only slow expansion for Five Star, mainly because he isn’t quite finished with his own playing career. Despite on-going issues with his feet and lower back, he still intends to play 14-15 events in any “normal” year. But not on what Lee Trevino famously called the “flat bellies tour.”

“I’ve enjoyed my time on the European Tour,” Lawrie says. “I’ve had a good career. But it’s over now. I can’t compete at that level. I still hit the ball far enough. But my body is letting me down. I don’t enjoy playing rubbish. I can’t do what I used to be able to do. I hit 100 balls now and my back is loupin’ [aching]. So I can’t do the things you need to do to maintain the level of play you need on the main tour. But I can still compete with the seniors. There’s no cut and although the standard is good it is nothing like the European Tour.”

So there’s still a lot going on for Paul “Chippy” Lawrie. Oh, one last thing, he also helps out his clients with their short games. The man never stops.