There’s golf still to be played at St. Andrews 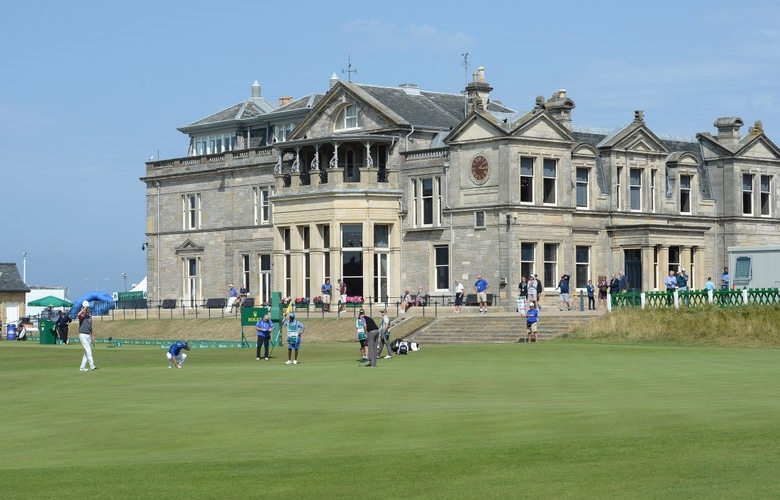 Tony Marshall
The Royal and Ancient Golf Club on the Old Course at St. Andrews.

By Tod Leonard
In these difficult times, there remains a soothing constant in the golf world: The Old Course at St. Andrews is open for play.

That doesn’t mean everything is normal at the Home of Golf during the COVID-19 pandemic.

The Royal and Ancient Golf Club of St. Andrews sent an email to its membership on Saturday morning with the announcement that the club was immediately closing its dining room and drink service, while the locker room would remain open until Wednesday evening, after which it would be closed.

“The decision has not been taken lightly,” wrote Stephen Toon, the members’ secretary.

“We are sorry to communicate this news, but we believe this is the only responsible course of action in order to reduce the risk to Members and Staff, and, equally importantly, to comply with the Government’s structure.”

According to data kept by Johns Hopkins University, as of Friday, the UK reported 3,297 cases of the coronavirus, with 168 deaths. The total cases are reportedly the sixth highest for COVID-19 in Europe, behind Italy, Spain, Germany, France and Switzerland.

Golf, however, is still being played on the seven courses operated by the St. Andrews Links Trust, including the Old Course.

Enjoying golf as a respite from grim news is becoming a rarer opportunity in Europe. The UK website Bunkered reported earlier this week that its research revealed that almost half of Europe’s 8,940 courses were in lockdown. It counted 4,121 closed layouts, or 46.1 percent. Germany, it said, accounts for a large portion of that, with the German Golf Association having suspended play on all of the country’s 1,050 courses.