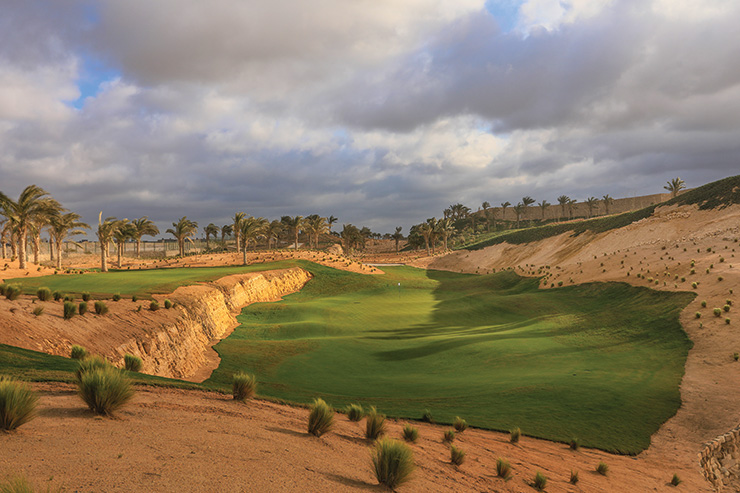 The 6th hole at NEWGIZA Golf Club on the outskirts of Cairo.

By Kent Gray
After a two-stage Q-School and David Langley’s emotional victory in the opening event of the season at Ayla Golf Club in Aqaba, the MENA Tour’s Journey to Jordan has arrived at its newest venue.

With its majestic views over the Great Pyramids of Giza, we wish the 120-strong field for the $75,000 NEWGIZA Open the best of luck concentrating on their golf at Egypt’s latest course. Nearly 15 years in the making since its conception in 2005, the layout is the final project of Thomson Perrett & Lobb, the firm founded by the late, five-time Open champion Peter Thomson.

Here the stunning 6th hole gives a hint of the dramatic changes in elevation that will confront the regional circuit’s best players from Feb. 11-13. They won’t have trouble with the rough – there isn’t any – but principal designer Tim Lobb has plenty of challenge up his sleeve in the form of water hazards, expansive sandy waste areas and huge, undulating greens.

Count then on a pure ball-striker being crowned champion in Cairo.

Welcome to Golf Digest Middle East's #PLAYINGTHROUGH series of tips and tricks you can practice within the safe confines of your apartment or villa.