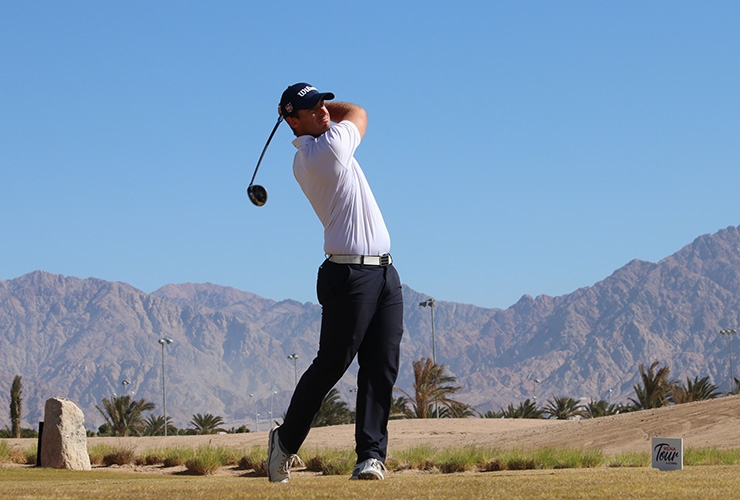 By Kent Gray
Less than two months after the death of his father, David Langley somehow summoned the composure to shut out the emotional chaos bouncing around in his head to seal a dream MENA Tour by Arena debut on Wednesday.

After a closing, six-under-par 66 at Ayla Golf Club took him to 11-under 205 and a four-shot win in the season-opening Journey to Jordan #1 Championship, Langley paid tribute to the “rock” back in England that had helped him keep it all together, on and off the course.

“This is dedicated to my mum, who has been like a rock even though we have gone through some very tough times as a family over the past two years, and all my coaches,” said the former England amateur representative from Castle Royle Golf Club.

Journey to Jordan #1 champion @DavidLangley59
speaks why this win is so special following the difficult times his family had to go through the last couple of years and his father’s death last December.@arenamiddleeast @AylaOasis pic.twitter.com/Jw2mcFL8SR

Langley started the final day of the $75,000 event one shot ahead but left his nearest pursuers floundering with a round highlighted by five birdies and an eagle. Jordanian amateur Shergo Al Kurdi (69) and English compatriots Jamie Rutherford (65) and Tom Sloman (69) eventually settled for a share of second on 209.

Langley’s only bogey came late on the par-5 13th hole but was quickly forgotten when he holed an exquisite lob wedge on the par-5 17th for the championship defining eagle.

“I am really shell-shocked,” the 25-year-old from Marlow said after collecting $13,500 for his breakthrough win. “There wasn’t a moment on the golf course when I wasn’t nervous. I handled myself very well and was completely focused on each and every shot, but my mind was all over the place in between the shots.

“I won a couple of small events last year, but really, I haven’t won anything for the past three-and-a-half years [on the American college circuit], even though I felt I have improved a lot as a golfer over that time.” 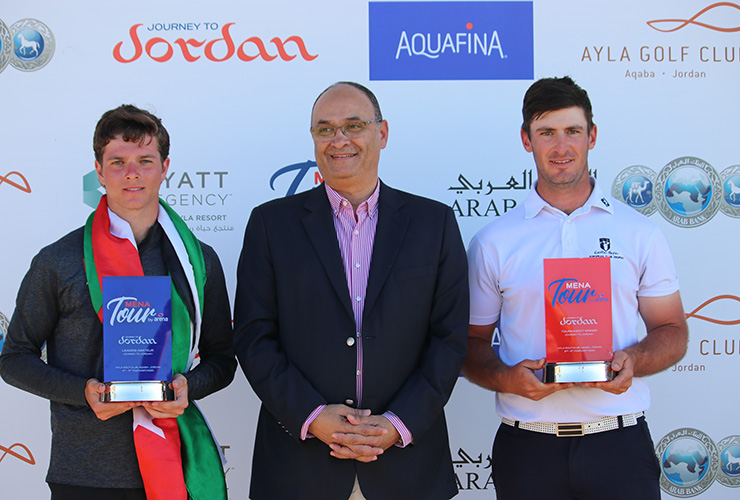 Al Kurdi sealed amateur honours and his best finish in 12 MENA Tour starts in what was a bitter-sweet week.

The 16-year-old co-lead after the first round, dropped four late shots in his second round and couldn’t buy a putt early in the final round. It took a bogey on the 11th to fire him up and the result was three successive birdies as he climbed back up the leaderboard.

“A three-under-par round is never bad, but it was getting frustrating out there,” the two-time Jordan Open said. “I must have missed five birdie putts from inside 5-10 feet range. But I just kept patient and my dad did a great job on the bag as he kept motivating me and giving me positive thoughts. 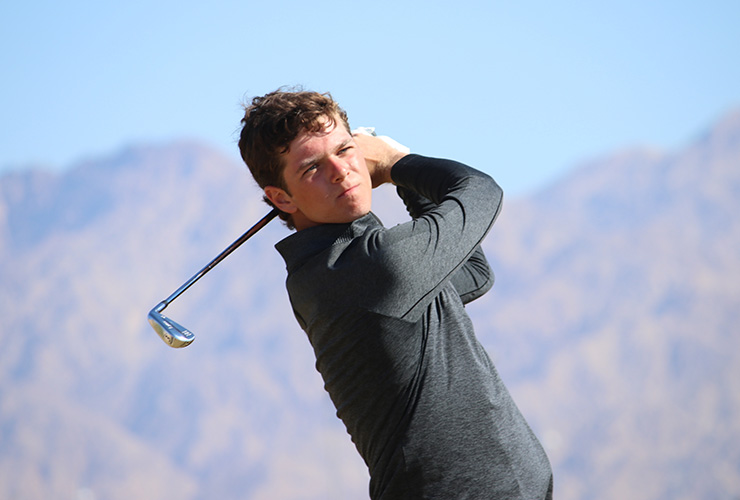 “I am very proud of what I managed to achieve – runner-up and the best amateur. This is also my best finish on the MENA Tour and this gives me so much confidence for the future.

“To do it in Jordan and at Ayla Golf Club, who have been so supportive of me, makes this even more special.”

Former European Tour player Rutherford was left to rue a four-putt double bogey on the par-3 6th and a three-putt par on the par-5 17th.

“I thought I could have a chance if I reached 10-under par, and I definitely played well enough to shoot that number. The 6th hole was very deflating, but I am happy with the way I bounced back,” he said.

Sloman had 20 putts in his first nine but kept patient and made his move on the back with four birdies.