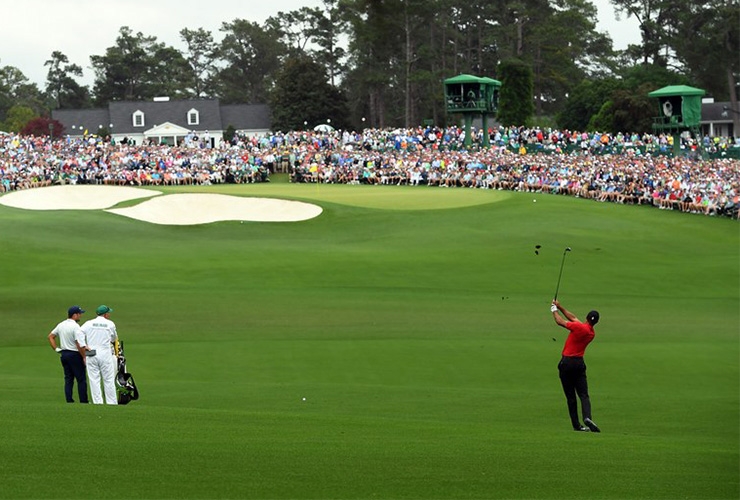 By E. Michael Johnson
Tiger Woods’ five Masters victories have spanned more than two decades and coincided with what many consider to be the Golden Age of golf equipment technology. Certainly Woods’ use of the multilayer, solid-core Nike Tour Accuracy TW ball was a paradigm shift for equipment used by tour players and the distances they hit them.

Woods’ Masters career has also seen players go from drivers in the 260 cubic-centimetre range to 460 ccs, and in Woods’ case, the move from steel to graphite shafts in metalwoods. A few things have stayed constant over time for Woods, however. He continues to use a Scotty Cameron putter, and he only carries two wedges in his bag along with his pitching wedge when most players use three and a pitching wedge.

Even at 43 years of age, Tiger still hits those muscle-back blade irons better than any human on earth. Here’s a look at the equipment that Woods has won his five Masters titles with. 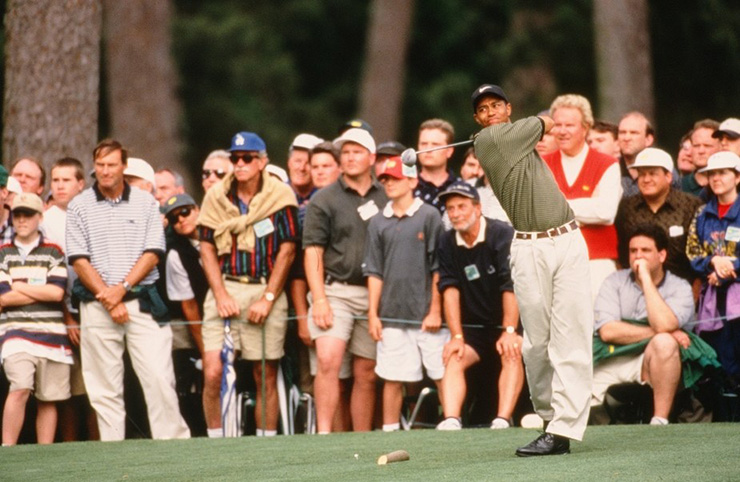 Tiger Woods tees off on the 15th hole during the 1997 Masters. (Augusta National) 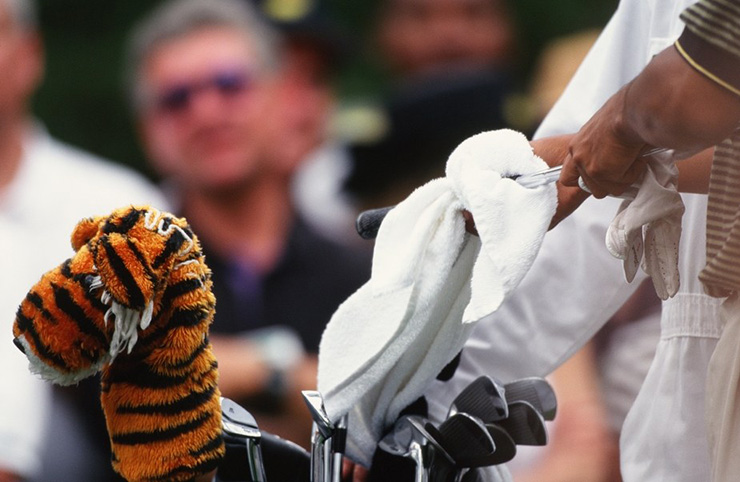 The clubs Tiger used at the 1997 Masters Tournament (Augusta National) 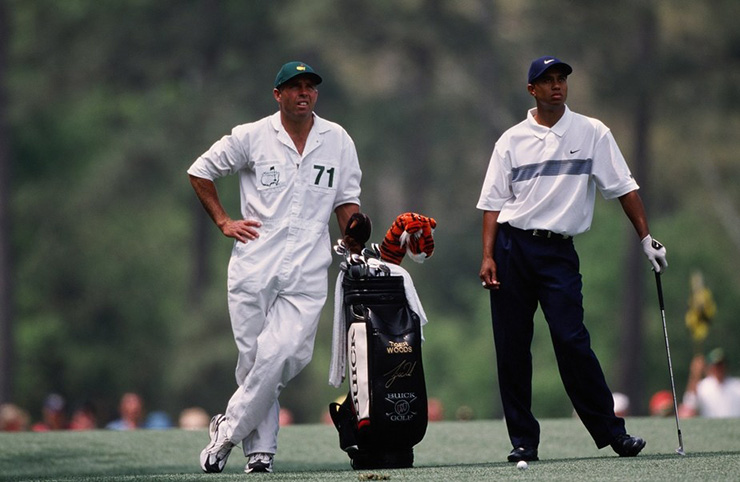 Tiger Woods and Stevie Williams during the 2001 Masters. (Augusta National) 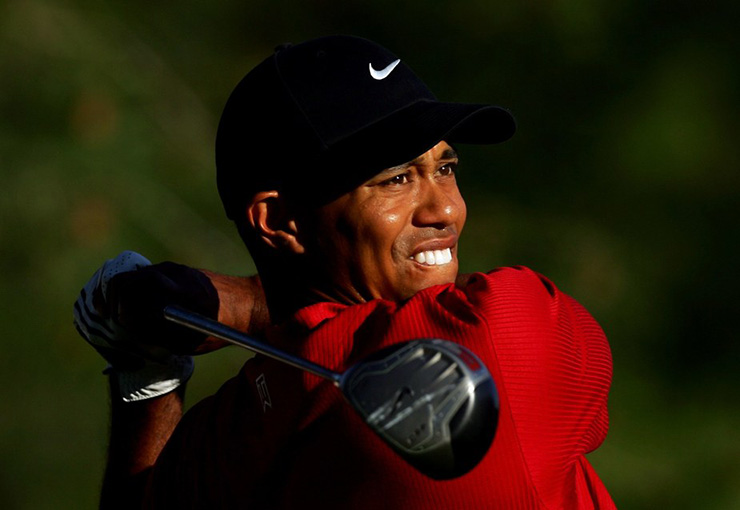 Tiger Woods watches his tee shot on the 15th tee during the final round of the 2005 Masters. (Photo by David Cannon/Getty Images)