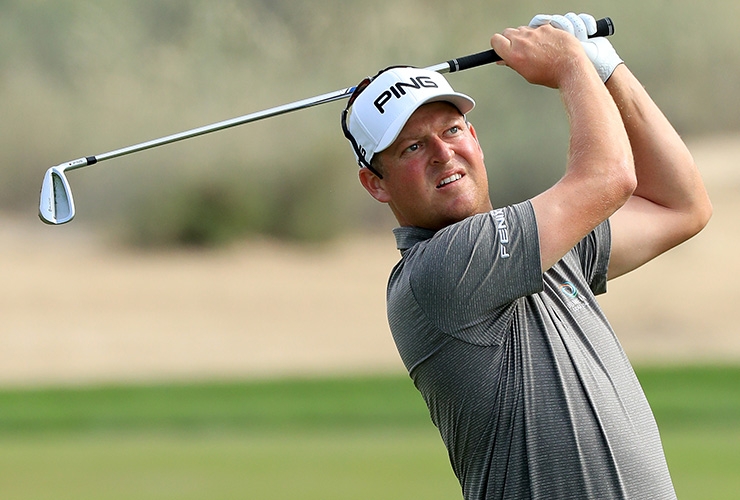 David Cannon/Getty Images
Mathiam Gerhard – as in MG – Keyser plays a shot during the second round of the 31st Omega Dubai Desert Classic on January 24, 2020.

By Kent Gray
Egypt will become the 12th country to host an official MENA Tour event in the regional circuit’s eight and a bit season history when the $75,000 NEWGIZA Open begins on Tuesday morning. It also serves as a refreshing start to MG Keyser’s defence of the circuit’s season-long Journey to Jordan title.

After sitting out the first event of the season in Aqaba last week, the 32-year-old South African is raring to go at NEWGIZA Golf Club, a 7,351-yard, par-72, Thomson Perrett & Lobb-design that opened to rave reviews last year.

Keyser was resting while Englishman David Langley and Jordanian amateur Shergo Al Kurdi stole the headlines at Ayla Golf Club but returns to action on the outskirts of Cairo after an encouraging T-66 finish at last month’s brutally tough OMEGA Dubai Desert Classic. The €6,031 payday was the Dubai-domiciled pro’s reward after earning the start at Emirates Golf Club courtesy of his MENA Tour Order-of-Merit win last season.

“I feel like I had a nice break and playing the Omega Dubai Desert Classic was a nice way to start the year. I am focused, prepared and ready to go,” said Keyser who is also guaranteed a start in the Made in Denmark in May and the Diamond Cup, a co-sanctioned event on the Asian and Japan Tours, as the reigning Journey to Jordan OOM champion.

“Having loads of opportunities in Europe and Asia is definitely a bonus for me this year, thanks to the MENA Tour and my management company. It is going to be fun and getting a good start on the MENA Tour in Egypt will obviously help build a lot with confidence going into the rest of the year.”

The challenge for Keyser and co. in Cairo might be keeping their mind on the golf with the Great Pyramids of Giza, the oldest of the seven ancient wonders of the world, serving as a stunning backdrop this week. The subtle intricacies of the course, which meanders through an old quarry, will be no cinch either with no rough but dramatic changes in elevation, lakes and gnarly desert waste areas to contend with.

“I played the course for the first time yesterday and really enjoyed the challenge,” said Keyser, a three-time MENA Tour winner. “It’s a fun course to play and in excellent condition. All 18 holes were really nice and very challenging in the wind, but the par 3s are especially good.”

They were playing a mutual appreciation game on the eve of the tournament with NEWGIZA Director of Golf Ali Mohamed hinting at an increased Egyptian presence on the developmental circuit soon.

“It really is a matter of great pride for us that we will be hosting our first MENA Tour event on our golf course,” said Mohamed. “We have received some very good reviews since our launch and we are confident that the professional players will find it challenging.

“We have had some very good talks with the MENA Tour and we’d like to help them extend their presence here in Egypt. We have another golf course in Sokhna by the Red Sea and we are looking at having another tournament there.”