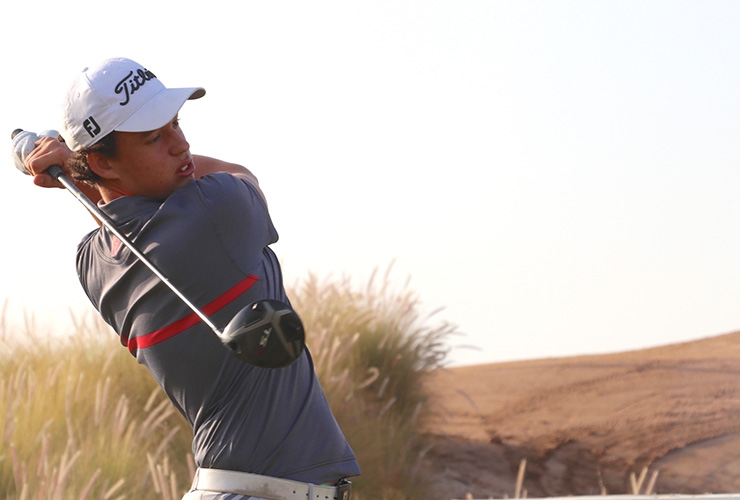 While professional Joshua Grenville-Wood was booming 405-yard drives and “flicking” 170-yard wedge shots and Miguel Angel Jimenez’s son made a hole-in-one, it was the Dubai amateur who stole the headlines again in Aqaba

By Kent Gray
MENA Tour pin-up boy Josh Hill is at it again.

The 15-year-old took advantage of unusually benign conditions early on Tuesday then showed his class as a strange wind whipped across Ayla Golf Club to grab a share of the first-round lead at the $100,000 Journey To Jordan Tour Championship.

Hill, who became the youngest winner of an OWGR-sanctioned event and the MENA Tour by Arena’s fourth amateur champion when he captured the Al Ain Open by Arena last month, was in the second group out and enjoyed the abnormality calm conditions for his opening four holes.

He was still only one under through four after birdieing the par-5 1st and gave it back with a three-putt bogey on the par-3 6th. But the England Boys’ representative then kicked into gear with five birdies in his next eight holes before another gain on 17 to set the early clubhouse target.

The breeze picked up by the time Hill reached the 5th tee but it helped the unfamiliar wind direction made three of Ayla G.C.s four par-5s play downwind.

“I was lucky with the wind for the first four holes and then it picked up. It was strong and from a different direction. But I played pretty solid and kept hitting some very good iron shots,” said Hill who has been nominated for the BBC Young Sports Personality of the Year award.

“Most of my birdies were from inside 10 feet. Just that three-putt on 6th was the only bad part of a good day.”

Hill outscored playing partners Curtis Knipes (73) and Jack Floydd (75) by seven and nine shots respectively, a huge boost in his bid to overtake Knipes atop the amateur Journey to Jordan standings and grab the rich reward of a start in January’s OMEGA Dubai Desert Classic.

Arjun Gupta, who trains alongside Hill on the Claude Harmon 3 Performance Golf Academy range at The Els Club Dubai, held second place in the amateur leaderboard after a one-under 71 for a share of 21st place. 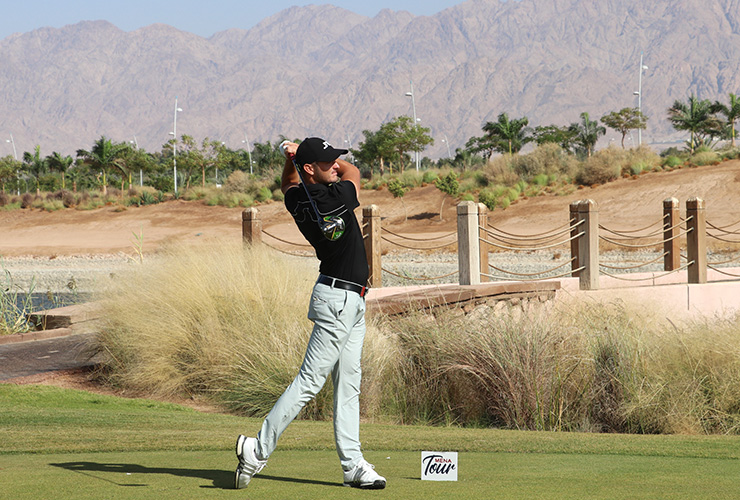 Grenville-Wood, meanwhile, took full advantage of the par-5s playing downwind, hitting massive tee shots and flicking wedges in for two eagles – on the 9th and 13th – on a bogey-free day. And Axell, who lost in a play-off at the recent Ras Al Khaimah Open by Arena, continued his good form in a round that featured a hole-out with his second shot from 90 yards for an eagle on the par-4 15th hole, mixed with five birdies and a solitary bogey.

Grenville-Wood, who is hoping to better his second-place finish in Bahrain earlier this year, said: “It felt like a completely new golf course in that wind but what it also did was make the par-5s a lot easier. I hit a wedge second shot from 170 yards on the ninth, and then my drive went 405 yards on the 13th.” 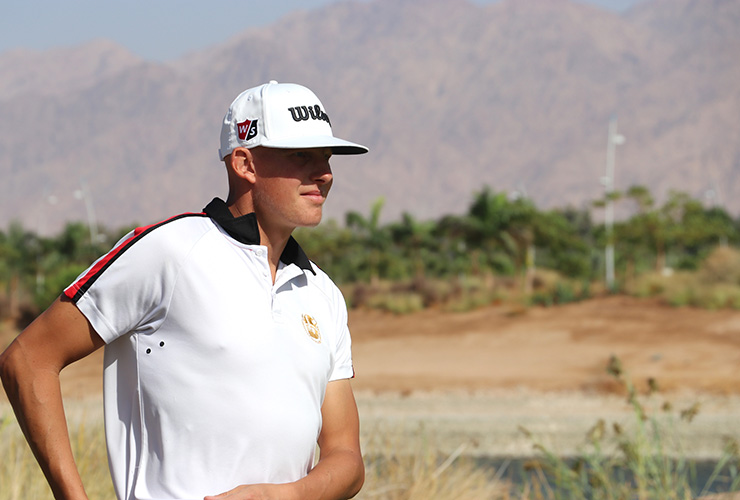 Axell is clearly making the most of his decision to travel to Aqaba a week in advance to escape the freezing temperatures back home in Sweden and get some practice with some sun on his back.

“I am really surprised that I have managed to play well despite the break after the Ras Al Khaimah Open. I went back to Sweden and it was like -4 and -5 degrees. So, I came here early with a couple of my Swedish mates and practiced for a week. That seems to have definitely helped,” said Axell.

South Africa’s MG Keyser, the Journey to Jordan professional leader, started with a three-under 69 to be in tied seventh place. His closest rival, Australia’s Daniel Gaunt, opened with an even-par 72.

Miguel Angel Jimenez Junior, son of the legendary Spaniard Miguel Angel Jimenez, made a hole-in-one – his first in competitive play – when he aced the par-3 2nd from 194 yards with a 6-iron. The Senior Jimenez has a penchant of making aces and holds the European Tour record with 11.