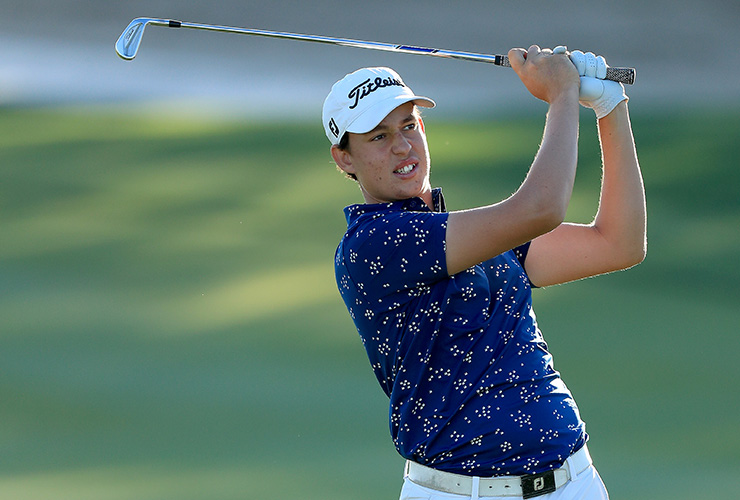 By Kent Gray
Iceland’s Sigurbrandsson Dagbjartur stands between Josh Hill and a place in the last 32 at the 126th Amateur Championship in Scotland.

The combatants meet in the first round of matchplay at The Nairn Golf Club at 12.36pm (3.36pm UAE time) on Wednesday after Trump Dubai member Hill advanced from the strokeplay phase of the R&A-administered British amateur by two strokes on Tuesday.

The 17-year-old England Boys’ International and MENA Tour winner backed up his opening 73 on Monday with another 73 yesterday to finish on +4, 146, good enough for a share of 40th place. The top 64 players progressed to the matchplay knockout which culminates in Saturdays 36-hole final.

Dagbjartur complied rounds of 73-69 to finish T-11 on even par but will find Hill a tough matchplay foe. Hill reached the third round of last year’s Amateur Championship at Royal Birkdale and was ousted, 1 down, by eventual winner Joe Long.

Scotsman Matthew Clark won 2021 strokeplay medallist honours on -8, courtesy of a course record second round 62. England’s Jack Dyer was second qualifier on -7 and is on Hill’s side of the draw.

For the final scores follow the link here 👉 https://t.co/zDAx9eZEVG pic.twitter.com/Ez1d2mphji