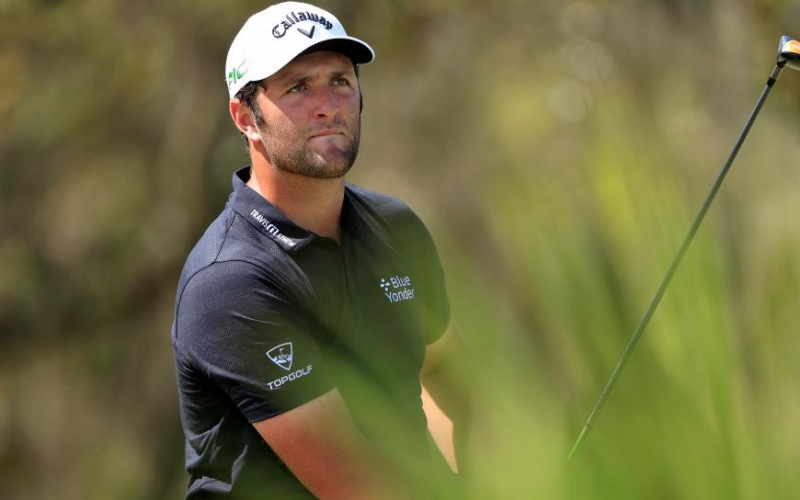 By Ryan Herrington
Jon Rahm is skipping the European Tour 2021 finale, and with it giving up on the chance to win the tour’s season-long points title for the second time in three years.

The World No. 1 announced that he won’t be playing in the DP World Tour Championship in Dubai, deciding to forego the travel to remain with his family.

“After lengthy discussions with my team, I have come to the difficult decision not to travel to Dubai next week,” Rahm said in a statement. “The demands of a long season with many ups and downs has taken a lot out of me. I feel I need to take time to recharge my batteries while spending quality time with my family.

MORE: Why JB Hansen deserved better on Sunday and how the DPWTC has sadly lost its lustre

“I would like to take this opportunity to wish DP World and the European Tour all the best for the season-ending event, which is always such a special tournament. I would also like to reiterate my congratulations to both for the announcement of the DP World Tour earlier this week, and I look forward very much to competing on the DP World Tour next year.”

Rahm currently is third in the European Tour’s Race to Dubai standings behind Collin Morikawa and Billy Horschel. He previously won the season-long title in 2019. He’s also won the year-end tournament at Jumeriah Golf Estates in 2019 and previously in 2017. The 27-year-old Spaniard’s decision not to play increases the chances that an American will win the Race to Dubai title for the first time in history.

Rahm competed in 21 events on the PGA and European Tour in 2021 along with the Ryder Cup, recording 12 top-10 finishes. He last competed in October at the Spanish Open and Andalucia Masters in his home country of Spain. He finished T-17 in the former event before missing the cut the next week. Afterward, Rahm noted how tied he was after a long season that included the high of winning his first major title at the U.S. Open and the low of twice testing positive for COVID-19 and having to withdraw from the Memorial and the Tokyo Olympics.

“This is the first time in my life that I don’t want to see a golf club,” Rahm said last month. “And this comes from someone who loves the sport, and after a year in which some pretty good things have happened to me.