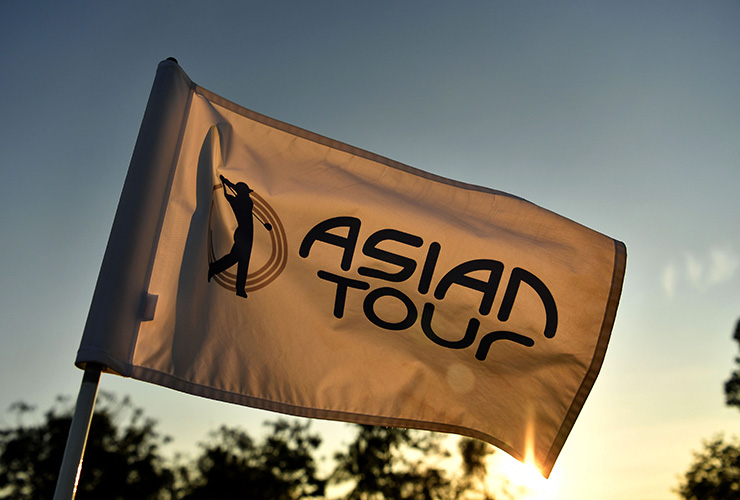 By Kent Gray
The European Tour has severed all ties with the Asian Tour as the game’s traditional superpower circuits continue to jockey for global relevance with increasingly protectionist agendas.

An email sent by European Tour CEO Keith Pelley to the circuit’s members over the weekend outlining the decision has been leaked to Golf Digest Middle East.

RELATED: Why JB Hansen deserved better on Sunday and how the DPWTC has sadly lost its lustre

The contents of the communiqué – the gist of which is an end of a partnership dating back to 2016 with immediate effect – will inevitably deepen the fractured relationship between all the once friendly and loosely aligned International Federation of PGA Tours members, the body that is responsible for the World Golf Championships.

In one corner of the new global fight is the all-powerful PGA Tour and the European Tour, its new strategic alliance partner. The European Tour last week announced it had sold naming rights to DP World and will play for a record prize fund in excess of $140 million from 2022.

In the opposing corner is the Saudi-bankrolled LIV Golf Investments which has designs on a start-up league and a confirmed $200 million investment in the Asia Tour. That money will fund 10 special events on the 2022 Asian Tour schedule, outside of the circuit’s new season-opening and flagship $5 million Saudi International in February which has for the past two years been a European Tour event. The Hong Kong Open and Maybank Championship in Malaysia, once European Tour strongholds, are expected to be part of the new 2022-23 Asian Tour schedule.

In the email, Pelley spelt out the contract the European Tour signed with the Asia Tour in 2016 ended at the conclusion of this season and “will not be renewed.” Furthermore, no events will be co-sanctioned “moving forward” and critically, there will be no European Tour card or Q-School exemption pathways for leading Asian Tour players that have existed since 2016.

The door is seemingly not only slammed shut on Asian Tour players with designs on Europe but also only barely ajar for European Tour members keen on going the other way and making appearances on the Asian Tour.

In the email, prompted by a “number of questions” from his members “over the last past few days’’, Pelley said any request to play in an Asian Tour event would need to be made in writing to him no less than 30 days prior to the conflicting tournament.

“Once the application is received, together with our Executive Team I will evaluate and review each request on its individual merits, and revert to you with my decision in due course,” Pelley wrote.

Conversely, the Asian Tour says its landmark 10-year deal with Golf Saudi for the Saudi International, in addition to the 10 new special events, will embrace an open eligibility category, one that will ignore tour affiliation so that “opportunities are available to the broadest cross-section of players.”

The Asian Tour’s suspended 2020/21 season will be reignited in Thailand next week with the first of two events – the $1 million Blue Canyon Phuket Championship – before two additional events earmarked for Singapore in  January. Its 2022 schedule will then begin with the Saudi International from Feb. 3-6. While the NZ Open (March 31-April 3) is the only other event thus far confirmed for 2022-23, the full calendar is expected soon in conjunction with a complete rebrand.

The European Tour’s season-ending, $9 million DP World Tour Championship will run on the Earth course at Jumeriah Golf Estates from Thursday to Sunday. It is the final event before the rebadged 2021-22 DP World Tour begins with the $1.14 million Joburg Open from Nov. 25-28 – directly opposite the Blue Canyon Phuket Championship.