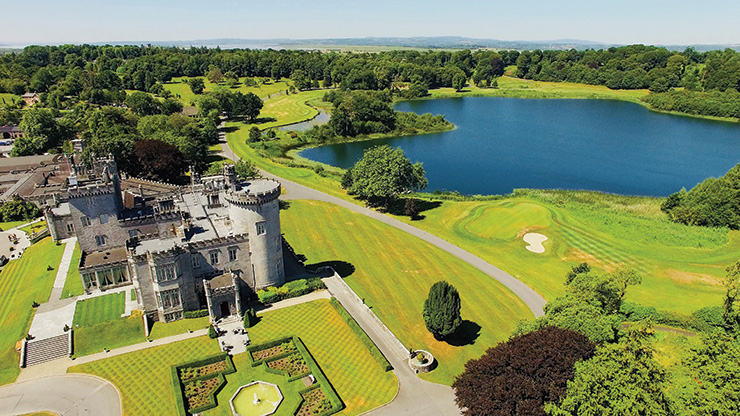 By Matt Smith
Once we had recovered from a blustery time at Lahinch Golf Club on the Golf Digest Middle East trip to Ireland, we were on to the gorgeous setting of Dromoland Castle, set in leafy parklands with one of the most beautiful backdrops in golf. Read on…

The spectacular parkland setting of Dromoland Castle Golf & Country Club takes us back to the more luxurious side of golf in Ireland.

Set on the sprawling, leafy Dromoland Castle Estate — all 410 acres of it — rolling hills, giant trees and stunning views await over the relatively short 6,824-yard course.

Blind tee-shots, cheeky bunker placements and a colossal water feature make this a true test for all golfers, with each hole making players stop and think. Risk-and-reward is once again a major factor ready to make or break a round.

First opened as a nine-hole course in 1963, Dromoland has undergone major changes over the ensuing decades and is now one of the most in-demand championship courses in Ireland. It held the prestigious Irish PGA Club Professional between 2017 and 2019, the celebrity-studded Whyte & Mackay Pro-Am in the early 1990s, and is currently preparing for the 2022 Women’s Irish Open.

The course has just completed Phase 1 of its most-recent $2 million facelift ahead of the Women’s Open — where the cream of the Ladies European Tour will contend in the $400,000 tournament from September 22-25. Pretty much every bunker has undergone a redesign, there are new or upgraded tee boxes surrounding the lake to take advantage of the views, and the iconic 18th — with its famous old tree guarding the green in the shadow of the castle — has undergone a major redesign to toughen it up and bring the water more into play. 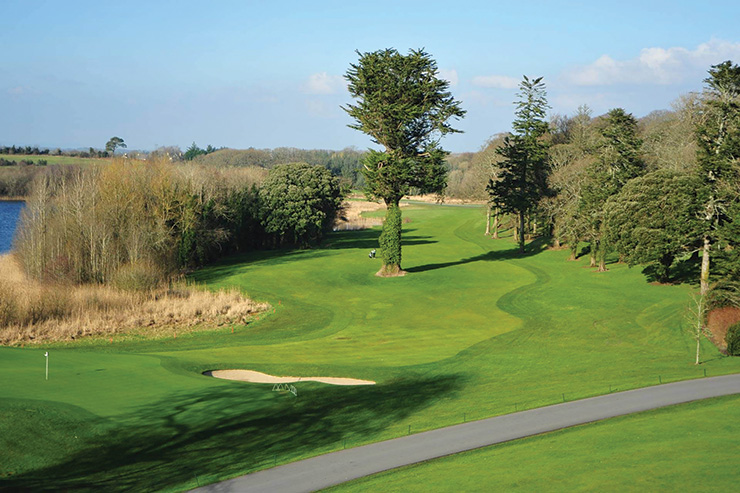 The true character of the course remains, however, and it is a joy to play.

The signature par-3 7th is a hole you would love to play over and over again, with its raised tee high above a postage-stamp green. Try not to be distracted by the views down towards the famous old castle as water looms large on the left and a quirky shamrock-shaped bunker to the right.

The par-4 9th is another beauty of a hole and will tempt the bigger hitters to go for the green if they can carry the water in front of the flag.

After the turn, the woodland gives way to some more expansive views of the surrounding countryside and the famous River Shannon, and water comes more into play as many holes skirt the large lake at the heart of the course. The River Rine also snakes its way across the closing fairways.

Alongside the relaxed clubhouse, with leisure facilities including gymnasium, swimming pool, Jacuzzi, sauna and steam room, there is the 16th-century castle itself — now a five-star hotel — and plenty of outdoor activities including fishing and shooting of the clay variety, plus plenty of opportunities for spotting the local wildlife on various nature trails.

Dromoland Castle
No round of golf at Dromoland is complete without a visit to the castle itself, which has been welcoming guests since the 16th century. The O’Brien ancestral home is part-luxury hotel, part-history tour with fascinating stories behind each lavishly decorated room, hall and stairway. Dining experiences range from the exquisite Earl of Thomond restaurant, crab claws in The Gallery or afternoon tea by one of the many firesides. 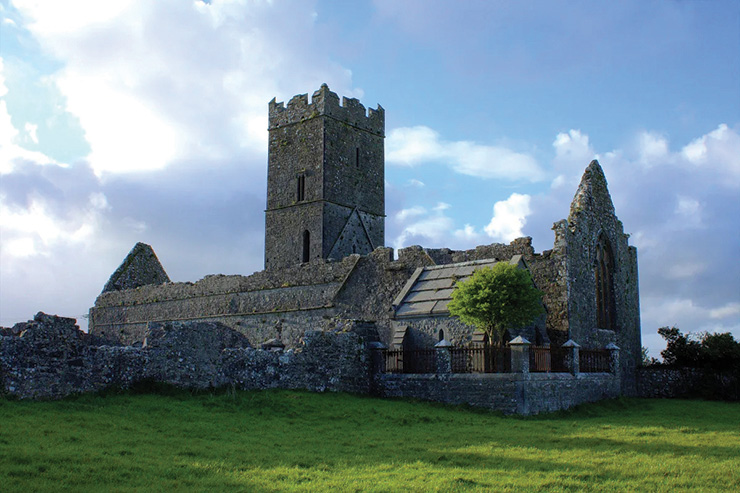 Clare Abbey
The O’Briens crop up again at the 12-century Clare Abbey (above). On the banks of the River Fergus, just a mile outside Ennis and Clarecastle, Clare Abbey is one of a number of Augustinian houses and was once one of the most important monasteries in the diocese. Folklore suggests the monastic abbey was founded by Donal ‘the Great’ O’Brien, and the extensive remains of the structure are well worth a visit.

Ireland is Treasure Island: Golf Digest Middle East visits the jewels of the Emerald Isle — with K Club up first