Valentino Dixon lived with uncertainty and isolation for decades. His advice for the rest of us 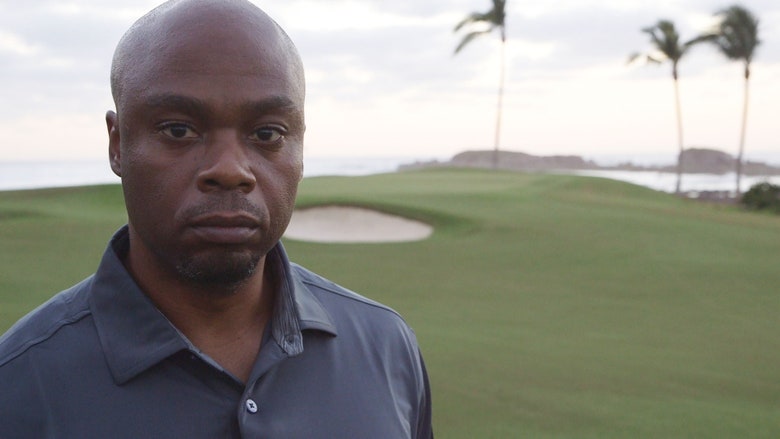 By Max Adler
If you’re feeling impatient, consider Valentino Dixon. He’s a terrible golfer, but anyone who reads Golf Digest knows he’s the guy who survived 27 years of wrongful imprisonment, and whose path to freedom began by getting our attention with his laboured and oddly beautiful golf course drawings. All that waiting and now he’s basically imprisoned at home, just like the rest of us. Of course, comparing the comfort of his mom’s house to a six-by-eight-foot cell is a gross mislabel, but it occurred that here’s a man whose perspective on the COVID-19 situation might be singular. So I gave Valentino a call.

Valentino had been planning to attend the Masters again this year, and his other projects slowed by the virus include sorting his Australian wife’s immigration status and producing a YouTube series that brings together art, travel and social issues in a unique format. There’s also his lawsuit against the city of Buffalo and Erie County being handled by the firm of Neufeld, Scheck and Brustin. You might think a guy keen on making up for lost time would be a little restless, but it’s just the opposite. Valentino thinks we should all be asking ourselves: “What do I need to do to come out of this a stronger person?”

After I got off the phone with Valentino, I was compelled to crank out a set of push-ups and then choose an old book off the shelf. I invite you to listen to our conversation in hopes you find similar motivation.