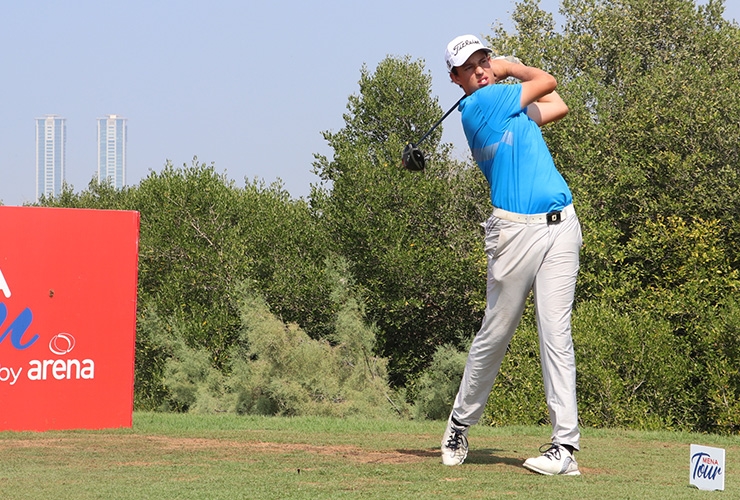 Josh Hill gets back to work at Tower Links ahead of the $75,000 Ras Al Khaimah Open by Arena which begins early on Monday.

By Kent Gray
Josh Hill can’t wait to let his golf clubs do the talking again.

The Dubai teen’s life has been a whirlwind of media appointments since his historic Al Ain Open triumph last Wednesday when he eclipsed Japan’s Ryo Ishikawa as the youngest winner of an Official World Golf Ranking (OWGR) event. He finally returned to his natural habitat for a practice round at Tower Links yesterday ahead of the $75,000 Ras Al Khaimah Open by Arena and it was clearly a relief after the hectic week that was.

“It just feels great to be back on a golf course. It feels like I am back home,” said Hill on the eve of the MENA Tour’s final regular-season stop.

“The last few days have been pretty crazy. I have been asked for interviews quite a few times. But I guess you have got to do them, keep level-headed and keep playing golf. I just can’t wait to get back there tomorrow.

“I did not think much of it until BBC and Sky Sports started showing it and then I thought ‘Wow, it was a pretty big achievement’. It was all over social media, so it must have been good.”

Social media has been abuzz with Hill’s achievement, the latest virtual doff of the cap coming from Japan’s ‘Bashful Prince’ himself during the PGA Tour’s Zozo Championship in his homeland. Ishikawa previously held the record at 15 years and eight months before Hill fired a -17 total to win at Al Ain Equestrian, Shooting & Golf Club aged 15 years, six months and 27 days.

Japan’s ‘Bashful Prince’ reacts to Josh Hill breaking his world record of the youngest player to win a @owgr_ltd event at Al Ain Open by Arena.

Video courtesy: @Swinging_Swamy from the Zozo Championship in Japan. pic.twitter.com/Yl2l7UyU3B 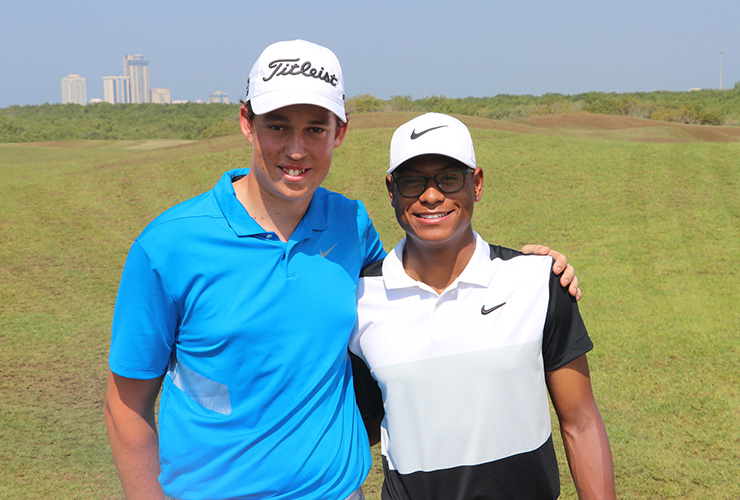 “I am really looking forward to this week. I have got a great group tomorrow in Robin and Curtis. What happened in Al Ain is now in the past. I am just looking forward to staying humble, playing some good golf and enjoying myself this week,” he added.

At the end of the Ras Al Khaimah Open by Arena, the ‘Penultimate Four’ incentive – a spot at the Panasonic India Open and the Thailand Open on the Asian Tour next month – will be decided. Amateur Williams leads the standings going into the week but it will be a close battle with South African professional MG Keyser, Australian journeyman Daniel Gaunt, Hill and Knipes all in the hunt.

The 54-hole tournament at Tower Links starts Monday, with the first tee time scheduled for 6.50am UAE time. The cut will be applied for the top 48 pros and ties after the second round.

Josh Hill opened his maiden European Tour round with a birdie and finished it in similarly spectacular style. All he’s got to do now is sort out the rough stuff in between.