Faldo, Willett lead tributes as MENA Tour am Josh Hill announces himself to the golfing world 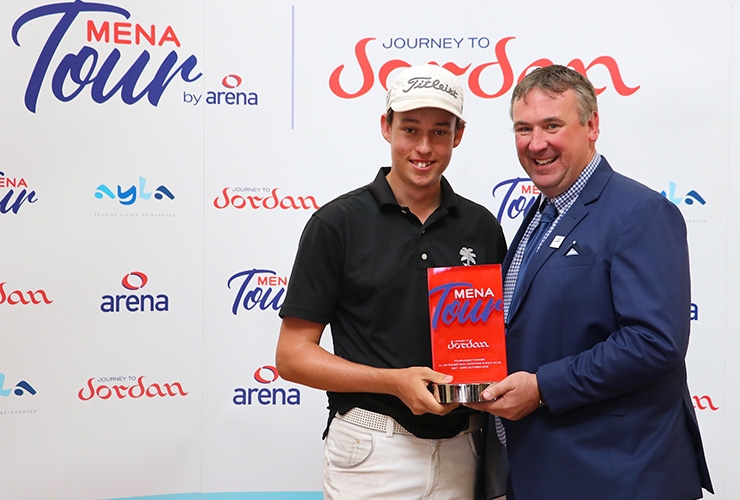 Dear @NickFaldo006! Do you remember this young man? He just created history at @aesch, the same venue where he won your @FaldoSeries Middle East Championship! pic.twitter.com/9cLqebIjqQ

Respected Scotland golf journalist Martin Dempster was also quick to trumpet Hill’s achievement on the very same day as the Royal and Ancient game is debating the place of juniors in the game in the U.K.

Great achievement by young Josh…and even better that it has been delivered on a day when there is a debate in the UK about whether juniors should be allowed to play in adult competitions!!! https://t.co/QCT1w3Qhi4

The news also spread to the United States where Former Butch Harmon School of Golf Dubai Director of Instruction Justin Parsons hailed Hill’s feat and the contribution his now Claude Harmon III Performance Golf Academy coaches have played in it.

Josh Hill winning on the MENA Tour with a closing 62 at Al Ain. A talented young player being guided by Joe Marshall and Allister Parlane at the Claude Harmon III Golf Performance Center at Dubai Sports City. Great… https://t.co/JFKqPw6sg0

They were even talking about it in Northern Ireland.

Delighted to present this young man with his winning trophy today. Fantastic round of golf. https://t.co/aWXw4tY9Co

There was a classy message later from English professional Harry Ellis who was left to contemplate his second runner-up finish in as many MENA Tour starts.

Strong October so far. Back to back runner ups on the @theMENATour. 1 bogey in 54 holes this week. Not bad.

Many congrats to Josh today. 15 years old and producing a final round 62 ???? pic.twitter.com/it1T7roXoN