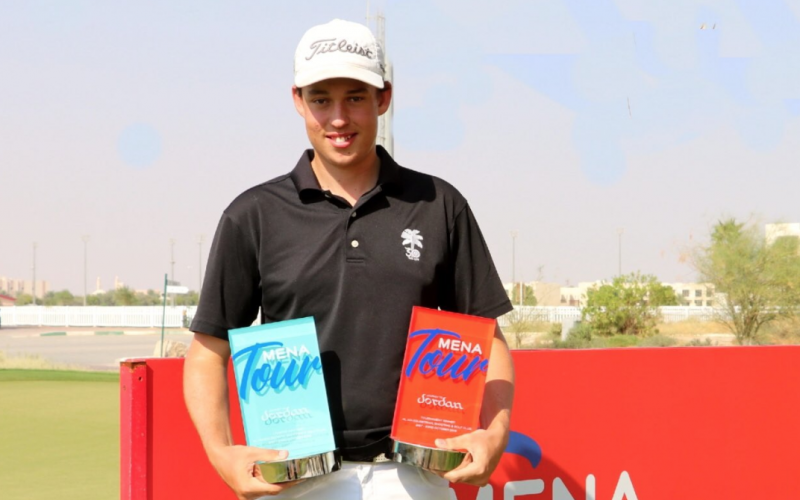 At 15 years, six months and 27 days, Hill has eclipsed Japan’s Ryo Ishikawa for the world record. Ishikawa was 15 years and eight months old when he won the Japan Golf Tour’s Munsingwear Open KSB Cup in May 2007.

The Trump International Golf Club, Dubai member has achieved the feat in grand style too, a sensational eight-under 62 at Al Ain Equestrian Shooting and Golf Club helping him turn a three-stroke deficit into an eventual two-shot victory over overnight leader Harry Ellis (ENG).

Josh Hill is our Al Ain Open by Arena champion! He wins by two shots after a superb final round of 8-under par 62.@HarryEllisGolf is second and the leading professional at 15-under par.
Ben Schlottman and amateur Curtis Knipes are T3 at -13. pic.twitter.com/N0y3kENb6N

Thailand’s Phachara Khongwatmai holds the record as the youngest winner of a professional event. He was 14-years old when he captured the Singhua Hin Open in July 2013 but the ASEAN PGA Tour event reportedly did not have OWGR status like the MENA Tour. Khongwatmai was seven months younger than the previous record-holder, Kiwi Lydia Ko, who won the New South Wales Open on the Ladies European Tour in January 2012 at age 14.

The MENA Tour’s remit is to provide a stepping stone to the world’s main tours and it is certainly helping its young members achieve global recognition. Hill’s is not the first world record; Thomas, now playing collegiate golf at Oklahoma State Unversity, equalled the world record for successive birdies – nine – during his defence of the Dubai Creek Open in 2017.

Hill is the 867th ranked player in the official World Amateur Golf Ranking (WARG) and No 2072 in the professional OWGR. While he isn’t eligible for the winner’s cheque of US$13,500 (Ellis pockets that), both rankings are set to soar after his memorable week at Al Ain where he carded rounds of 65-66-62 for a winning total of 193, 17-under-par.

Becomes also the 2nd youngest player to ever earn #OWGR points, behind Guan Tian Lang who did it when he was still 14. Josh is tied for 2nd place in that stat. Phachara K. also earned his first OWGR points at 15y 6m 27d!https://t.co/Q7F1mW5nOb

He clearly has an affinity with the par 70 layout in the “Garden City” of Al Ain, a city 170km inland of Abu Dhabi but within the emirate. Hill has won both the Faldo Series Middle East Championship and is the two-time defending champion of the Al Ain Open, and Emirates Golf Federation event, at AEGSC and has now twice shot 62 on the course, the first in last year’s Faldo Series event. The 62 is one shy of the amateur record set by Brazilian Herik Machado during the 2017 Faldo Series Grand Final but eclipse the professional course record at the 6,764-yard layout, a 63 by Alex Wrigley in the Mercedes-Benz International ProAm in February 2017. 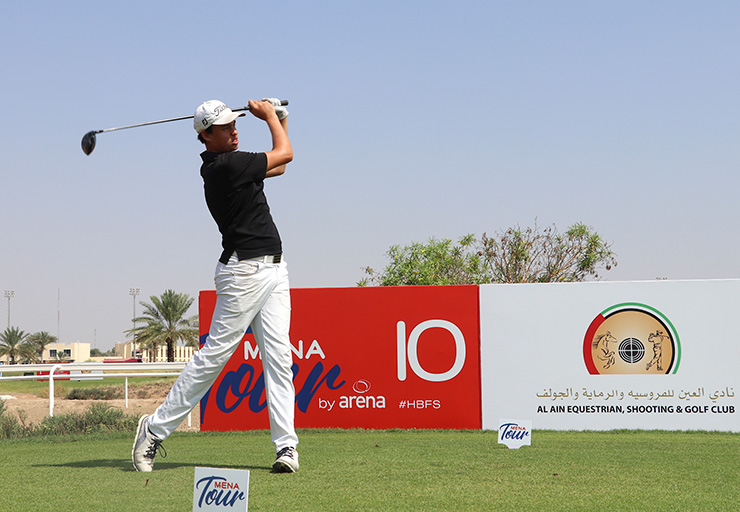 Starting the day three shots behind overnight leader Ellis, a 12-footer putt straight into the heart of the cup on the first hole kick-started the teen’s title tilt.

A lip-out on the par-3 3rd from five feet denied him a second birdie, but the Joe Marshall-coached player  went on a tear after that, making four birdies in the next four holes. He then picked up further strokes on the 9th and 11th holes to be seven-under par at that stage and three ahead of Ellis, who had made the turn at one-under par.

The final birdie of the day came on the 14th, even though he had two more chances from close range after that.

“I really don’t know what to say right now. I am shocked,” said Hill afterwards.

“If you had told me during the summer that I will be winning a MENA Tour title against professionals and become the youngest ever winner of an OWGR event, I would have laughed at the notion. I guess hard work pays.”

The win has been brewing. After a lean spell with his driver over his UK summer campaign, the youngest member of the England U-18s squad recorded a T-6 finish at the Abu Dhabi Open a fortnight ago in what had been his best finish in the MENA Tour by Arena until today.

“I was struggling in the summer and then something changed in the last MENA Tour event at Yas Links. That top-10 finish gave me a lot of confidence and I knew it in my heart that I would do well here in Al Ain because I have such a good history here. I just love this track.

“I am actually a little disappointed with my finish because I missed so many opportunities coming in. I honestly could have broken 60 today. I knew I needed a good start, and once I got it, I just kept hitting one good shot after the other.”