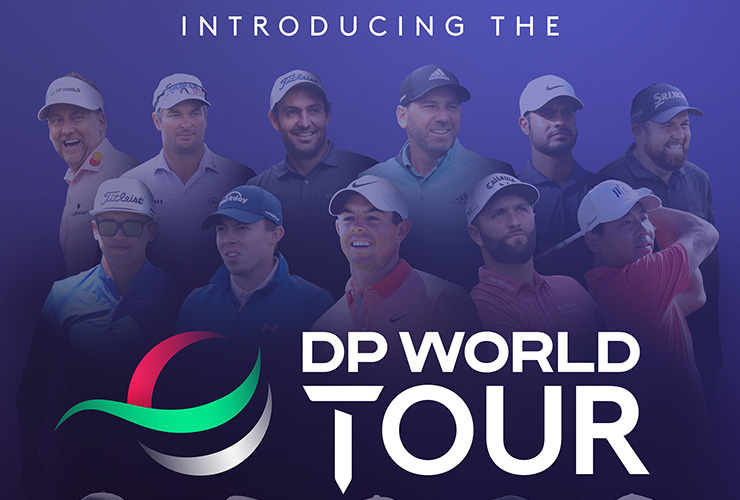 By Kent Gray
Nearly a fortnight after Saudi Arabia fired a warning shot over the bow of the PGA and European Tour strategic alliance by announcing a $200 million investment in the Asian Tour and hinting at an innovative breakaway league, the European Tour has returned serve courtesy of the financial firepower of one of Dubai’s corporate heavyweights.

From 2022, the European Tour will become the DP World Tour with the Dubai-based ports operator and global supply chain/logistics provider named as the circuit’s new naming rights partner on Tuesday.

The transformative partnership will see the 2022 Race to Dubai include a minimum of 47 tournaments in 27 countries (an increase of seven events on this season) with each event carrying a minimum prize purse of $2 million. A total of 13 events will boast prize funds in excess of $2 million, including January’s already announced $8 million Rolex Series events in Abu Dhabi and Dubai, plus the DP World Tour Championship which will become the circuit’s first “eight-figure” event in 2022 when the purse is bolstered from $9 to $10 million.

Announced on the sidelines of Dubai Expo 2020, officials hailed the deal – reportedly two years in the making – as the European Tour’s largest commercial partnership. It comes on the eve of the circuit’s 50th anniversary in 2022. The extent of DP World’s total financial commitment was not revealed but the tour’s members will play for a record U.S.$140 million in prize money next year. That figure exceeds $200 million once the four major championships and WGC events are added.

Players on the new #DPWorldTour 🎤 pic.twitter.com/KPRN4leMLO

Outside of DP World’s now pivotal role, there was further intriguing news for UAE fans with a new event slotted onto the end of what is now a five-event, start of calendar year Middle East swing. It was thought the traditional Oman Open would follow Abu Dhabi, Dubai, Ras Al Khaimah and Qatar but European Tour CEO Keith Pelley confirmed the UAE event, scheduled for Feb. 17-20, was one of five new events in the UAE, Japan, South Africa and Belgium. There will also be five Rolex Series events with the Genesis Scottish Open and the BMW PGA Championship joining the Abu Dhabi HSBC Championship, the Slync.io Dubai Desert Classic and the season-ending DP World Tour Championship.

The strategic alliance also kicks in next year with the Scottish Open, as well as the Barbasol Championship and the Barracuda Championship on the PGA Tour, becoming co-sanctioned events. The full 2022 schedule is available here.

A significant aspect of Tuesday’s announcement were video messages from European Tour talisman Rory McIlroy, world No.1 Jon Rahm, reigning Open champion and 2021 Race to Dubai leader Collin Morikawa and DP World ambassador Ian Poulter. Tommy Fleetwood also spoke in person at the media conference in Dubai. How this very public display of support for the DP World Tour will play out for LIV Golf Investments, the Saudi Public Investment Fund-bankrolled investment company planning the aforementioned league, remains to be seem. Whether it will also see increased involvement in regular-season DP World Tour events from the aforementioned players is likewise a moot point although it seems McIlroy and Rahm’s previous rejection of the various Saudi-backed breakaway leagues remains a firm ‘thanks but no thanks.”

The counterargument from LIV Golf Investments will be the $200 investment they have made in 10 “special” Asian Tour events in 2022 – roughly the same amount as the combined 47-event DP World Tour prize-fund including the majors and WGCs. The are also reports of eye-watering purses and appearance-style fees for the mooted breakaway league that would dwarf the figures announced on Tuesday, not to mention innovative new formats.

Still, this was a red-letter day for the European Tour.

“Today’s announcement is undoubtedly a momentous one in the proud history of our Tour,” said Pelley. 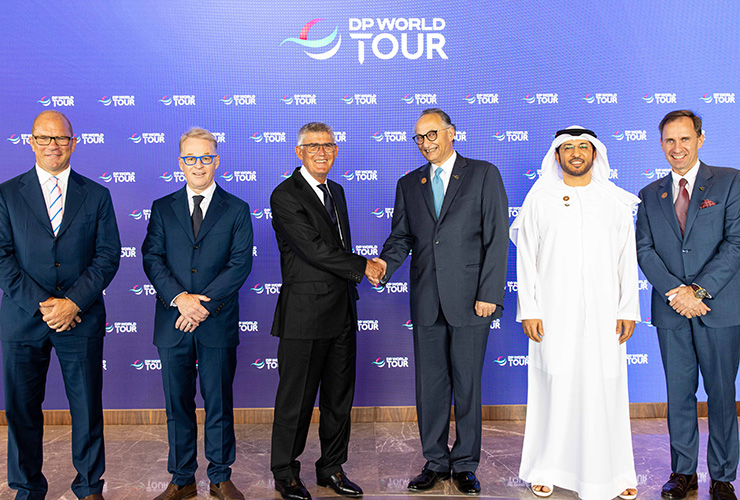 “The launch of the DP World Tour in 2022, coinciding with both of our 50th anniversaries, will herald a new era in global golf, and crucially it will benefit everybody involved – all our players, caddies, fans and partners – as well as making an important contribution to wider society.

“The entire ecosystem of our Tour will be strengthened because of this hugely significant deal, and that was essential to us and to DP World, who have been an incredible supporter of our Tour as well as golf more widely, from grassroots through to the elite professional game.

“The DP World Tour is, therefore, a natural evolution of our decade-long partnership, and the presence of ‘World’ in our new title better reflects our global reach.”

“Thanks to the support of long-standing partner DP World, today’s announcement significantly elevates the European Tour on a global basis,” Monahan said.

“We are excited for the continued growth and evolution of the European Tour, as well as the momentum this provides toward our Strategic Alliance. I’ve said before that our respective Tours are positioned to grow – together – over the next 10 years faster than we ever have at any point in our existence, and today’s announcement is another point of proof in those efforts.”

While light on specifics, Pelley also confirmed a “significant investment” in the second tier Challenge Tour including increased prize funds and improved infrastructure around events such as player lounges and physiotherapy access.

The Challenge Tour’s season-ending event will also be supported by Rolex for the first time with the top five players on the moneylist following the Rolex Challenge Tour Grand Final to be awarded the newly announced John Jacobs Bursary Award, essentially cash to assist with travel and expenses on the DP World Tour the following season. As with previous seasons, the top 20 players will earn graduation to the DP World Tour.

DP World’s investment will also see an “expansion of the Tour’s ‘Golf for Good’ CSR initiative. This includes a grassroots programme in the UAE and support of the UNICEF’s COVAX Programme and EDGA European Tour.

“Our long-standing partnership has provided an excellent platform to engage with customers, prospects, and stakeholders, and build our brand,” said Sultan Ahmed bin Sulayem, Group Chairman and CEO of DP World.

“We have relished the opportunity to support the Tour in growing the game of golf and improving access to the sport at all levels. The key to this success has been and will continue to be the shared vision and values that underpin the partnership.

“We both have a global mindset, are committed to inclusivity, and invest in new technologies to stay competitive – attributes which today become the fundamental principles of the DP World Tour. As the leading provider of smart logistics solutions worldwide, we will use our people, assets, and connectivity to help grow the Tour further and change what’s possible in golf.”