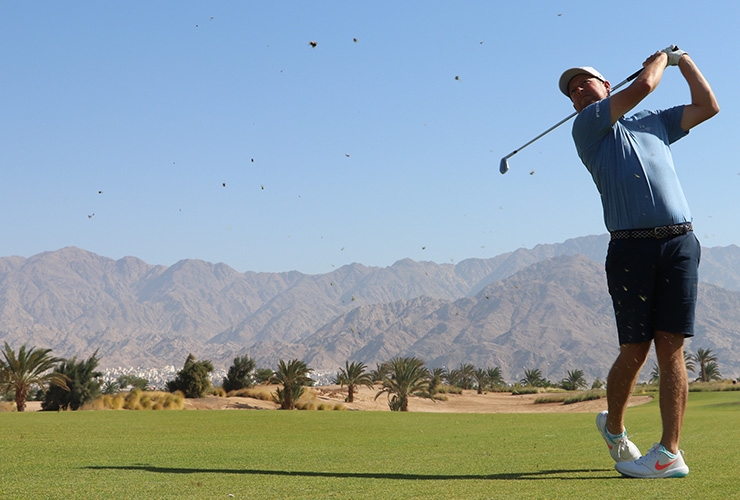 By Kent Gray
The prize money isn’t in the same stratosphere but the MENA Tour’s answer to the DP World Tour Championship has the potential to be life-changing like it proved for $5 million man Jon Rahm at the Race to Dubai decider.

If you dismiss that as hyperbole, consider the journey of Scot Robert MacIntyre who hailed the MENA Tour by Arena after becoming European Tour Rookie-of-the-Year at Jumeriah Golf Estates on Sunday.

The “I can only control what I can control” narrative on the eve of the $100,000 Journey to Jordan Tour Championship certainly sounds very similar to that at Jumeirah Golf Estates this time last week.

RELATED: Knipes looks to get over Hill as amateur Journey to Jordan race goes to wire

While five players went into the European Tour climax with a chance to be crowned European No.1, just three pros – South African pole-sitter MG Keyser, second-placed Aussie Daniel Gaunt and fourth-placed Englishman James Allan –  can finish the season as Journey to Jordan champion.

England’s Matthew Baldwin and Frenchman Robin Roussell, third and sixth in the J2J standings, have opted not to play at Ayla Golf Club this week as they continue to chase European Tour cards on the Challenge Tour. 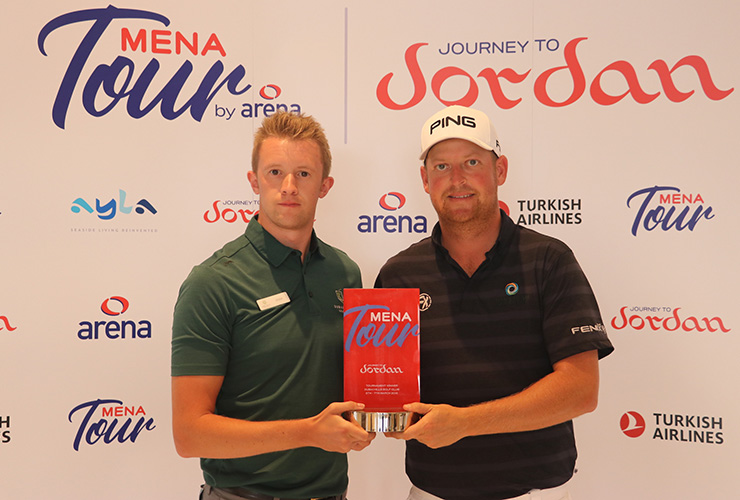 That leaves Keyser, Gaunt and Allan to battle it out for the $18,000 winner’s cheque., comparative loose change compared to the $3 million Rahm pocketed for winning his second DPWTC title in three years (there was also a $2 million bonus for claiming the Race to Dubai title). But the MENA Tour by Arena trio are chasing something money can’t buy – opportunities at the next level.

The eventual Journey to Jordan champion will earn starts in the European Tour’s Omega Dubai Desert Classic and Made in Denmark, plus the Diamond Cup, an event co-sanctioned by the Japan Golf Tour and Asian Tour. 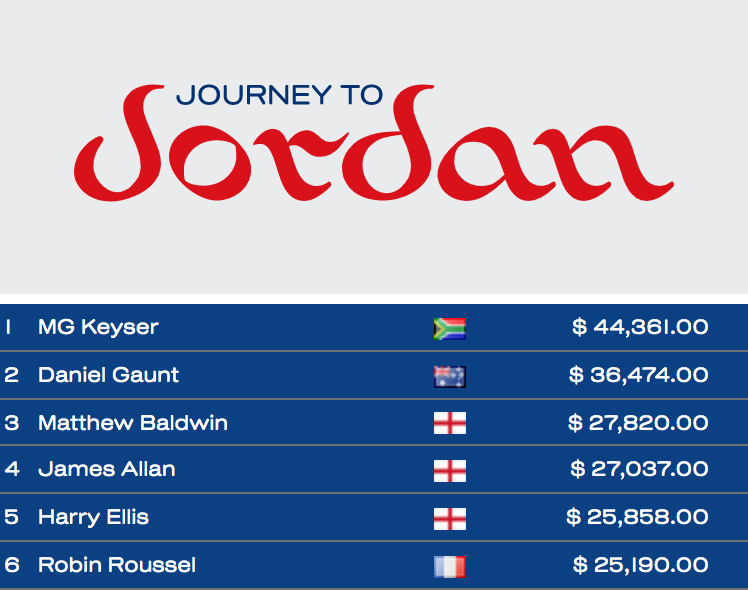 There are also Desert Classic starts at Emirates Golf Club (Jan. 23-26) for the runner-up, the leading player in the ‘Final Five’ Order of Merit and the top amateur. The overall Journey to Jordan runnerup will also be off to the Asian Tour’s Bank BRI Indonesian Open and the season-ending Indonesian Masters (Dec 12-15), while the bronze medallist can look forward to two Challenge Tour invites.

Keyser, who can make all the Journey to Jordan points permutations irrelevant by finishing solo second, sounded a lot like all the big-name contenders at JGE last week during Monday’s media call.

“It’s the same as any other week. I really can’t predict what others are going to do…I can only control myself,” said Keyser who won Dubai Open at Dubai Hills earlier in the season and leads the way with earnings of $44,361 – $7887 clear of Al Zorah Open champion Gaunt.

“I have had a couple of good weeks on the Asian Tour before coming here and I played well in the practice round. So, just go out there, have fun, and hopefully, at the end of the day, I am still at the top.”

The 54-hole Tour Championship begins Tuesday with Keyser, Gaunt and Allan forming the final group out at 11am Aqaba time (1pm UAE time).

On the eve of the Tour Championship, we asked our Professional Journey To Jordan leader @KeyserMG what would it mean for him to become the MENA Tour No1…@TGP_Dubai @JGEGolf @AylaOasis pic.twitter.com/nfxVKSZ5Cu

WHAT THEY NEED TO DO…
Here are the various permutations for the pros at Ayla Golf Club:

MG KEYSER: A win will seal it, but if Gaunt picks up the trophy on Sunday, the Jumeirah Golf Estates ambassador will have to finish solo second. If Gaunt finishes solo second, Keyser will have to be inside tied fourth with one other player.

DANIEL GAUNT: Even if he wins, Gaunt will have to depend on Keyser finishing outside the top-two.

JAMES ALLAN: Will have to win the tournament, and then hope that Keyser is outside 38th position and Gaunt doesn’t win or is tied second with one other player.