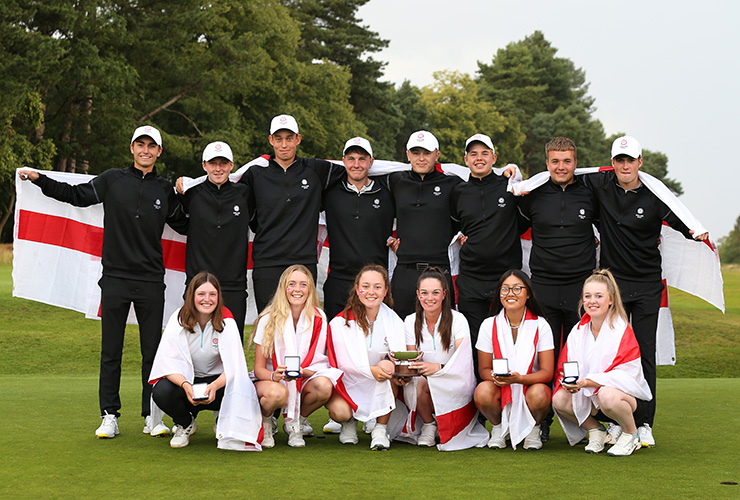 By Kent Gray
Following an eye-catching debut as a 14-year-old in 2018, a dip in form and a pesky pandemic forced Dubai-domiciled Josh Hill to sit out the past two R&A Home Internationals. It’s clear Hill, now 17, didn’t feel comfortable out of his England team blazer.

Hill was once again a headliner as England took advantage of familiar surroundings to make a clean sweep of the annual matches between England, Scotland, Ireland and Wales over the weekend. The MENA Tour winning world record holder went unbeaten – contributing 5½ of a possible 6 points – as the combined England Girls’ and Boys’ team recorded wins over Ireland (18½-2½), Wales (16½-4½) and Scotland 11-10 at Woodhall Spa last weekend.

The England senior men’s and women’s teams also triumphed at the Lincolnshire layout, sealing a memorable treble at the home of the country’s governing body, England Golf.

Hill has now helped England to victory in his two appearances at the annual U-18 team’s event – he debuted in 2018, missed selection in 2019 after struggling with his driver while the 2020 edition was cancelled due to COVID-19. He contributed three of a possible four points on debut in 2018 while this year’s event was historic with the girls and boys teams combining for the first time. 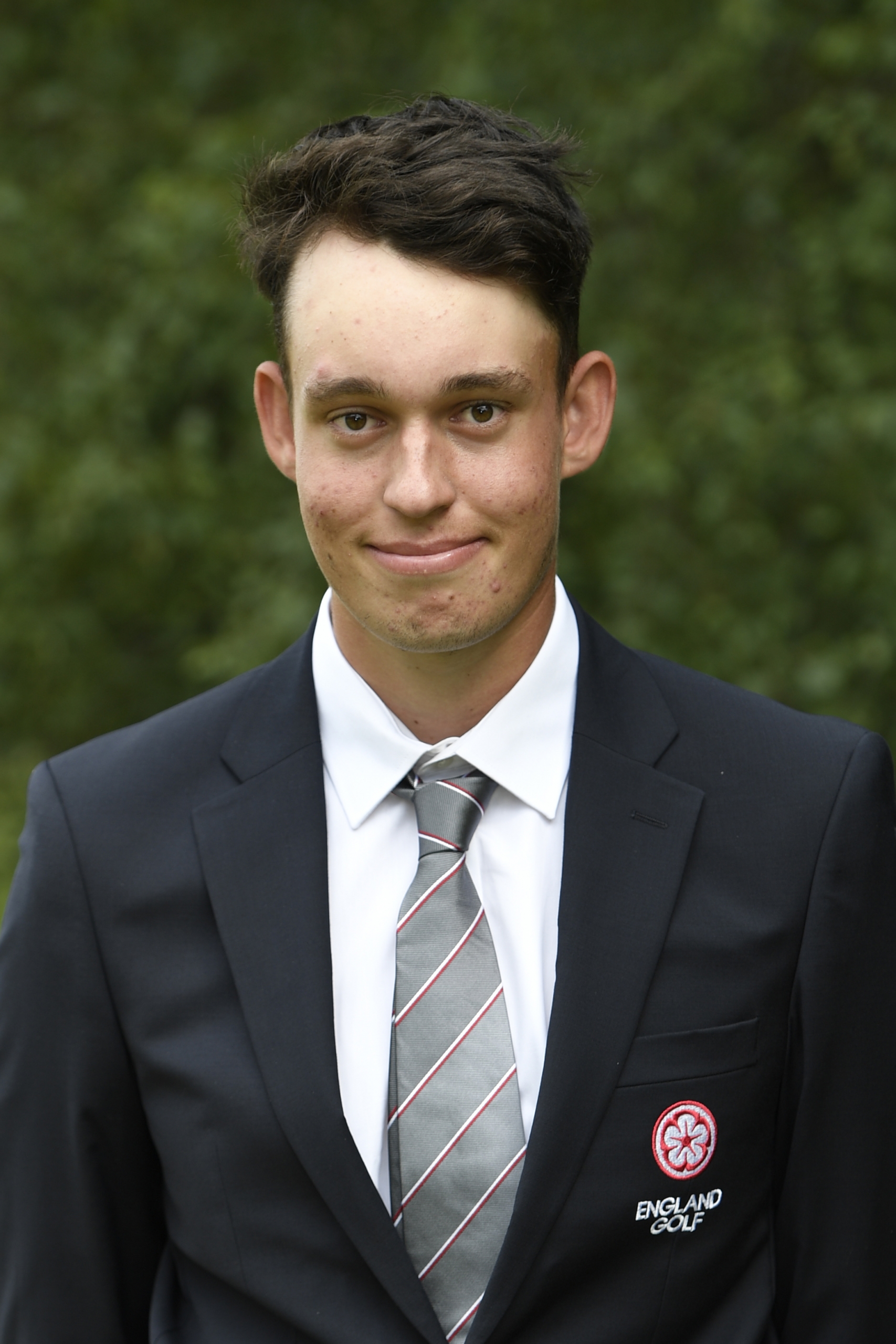 Hill teamed with Jack Bigham (Harpenden Golf Club) to win all three of his foursomes matches at Woodhall Spa and was only denied joining Lottie Woad and Josh Berry with a perfect six from six record after being held to a half by Ireland’s Thomas Higgins in his opening singles match.

However, Hill and Bigham contributed a vital early point in what turned out to be a final against Scotland, thumping Ruben Lindsay (Turnberry) and Archie Finnie (Royal Burgess) 4&3 before he capped the three-day event with a 5&3 triumph over Lindsay.

It continued an increasingly impressive UK summer campaign for Hill who became the youngest winner of an Official World Golf Ranking (OWGR) event when he captured the MENA Tour’s Al Ain opener in 2019. He narrowly missed out on a playoff at the prestigious St Andrews Links Trophy (4th) in early June before reaching the last 32 of the 126th Amateur Championship at Nairn and the quarterfinals of the English Amateur in Yorkshire.

Next up is the Brabazon Trophy, the English Men’s Open Amateur Stoke Play Championship which is scheduled for Ganton Golf Club from August 19-22.

Hill’s Trump International Golf Club, Dubai team-mate Toby Bishop endured a frustrating Home Internationals’ debut. Wales finished last in the girls and boys event after a boys player tested positive for COVID which resulted in the boys matches against England and Ireland being abandoned. The University of Florida-bound Bishop did enjoy a solitary win, 1up over Scotland’s Archie Finnie in the first afternoon’s singles.