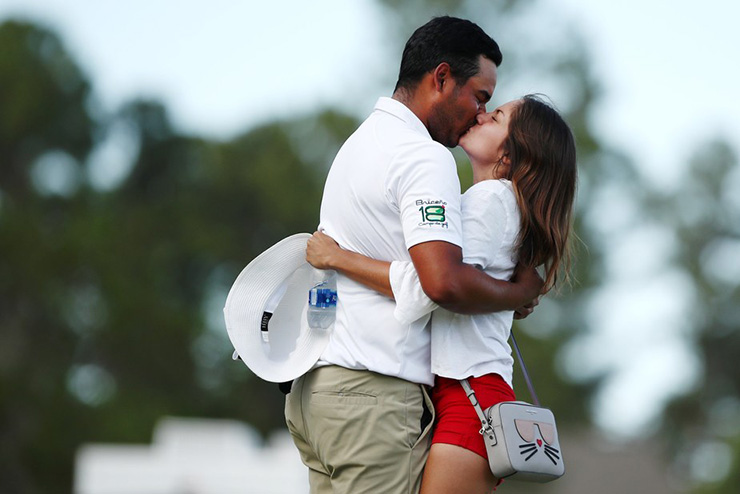 By Alex Myers
Welcome to another edition of The Grind, where we’ve got a little extra pep in our step after seeing Daniel Jones’ NFL debut for the New York Giants. Danny Dimes looks like a stud. And he even looks exactly like my man Eli Manning (not creepy at all). Plus, he’s a golfer, which allows me to get past the part about him going to Duke.

So it looks like I was wrong to nearly break my TV when the Giants drafted him No. 6 overall. And now, Big Blue should be in good hands for the next 15 years! Back! Of course, it was just one game. Against the Bucs. And a decade ago I was just as excited about Anthony Kim. Sigh. Anyway, golf fans are still in good hands with everything else happening, even as we officially march into fall. Let’s get to it.

Danny Willett: I will always have a soft spot in my heart (and wallet) for this guy who won me a cool $650 as a 65-to-1 long shot at the 2016 Masters, but now he has a lot more fans following his recent resurgence. Following a missed cut at the 2018 BMW PGA—before the European Tour’s flagship event moved from May to September—Willett fell to No. 462 in the Official World Golf Ranking, losing his game for a variety of reasons, including back problems. But after his impressive win at Wentworth on Sunday, the 31-year-old is all the way back up to No. 31 and flashing the same form that won him that green jacket. What a great story. 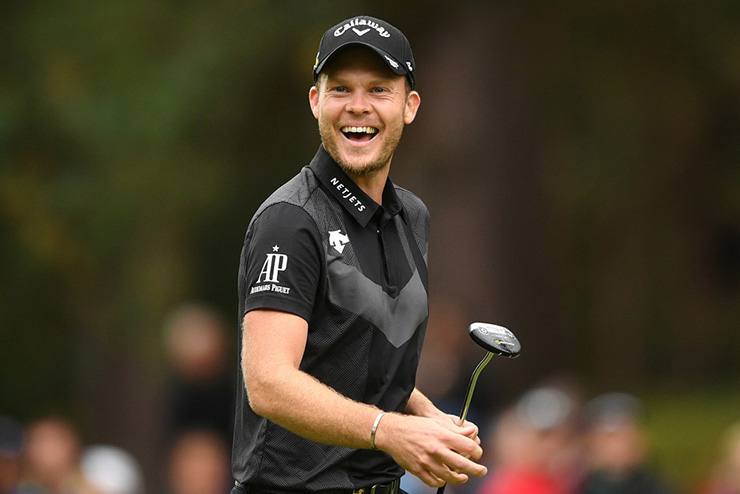 Sebastian Munoz: A maiden PGA Tour title is always a great story as well, but especially when it comes from someone who nearly lost his tour card less than two months ago. But after finishing No. 124 on the final FedEx Cup points list, Munoz won’t need to worry about losing his job for essentially the next three seasons. The 26-year-old Colombian became the second consecutive Latin American golfer to win to begin the 2019-’20 season and he did it thanks to this clutch 72nd-hole birdie that got him into a playoff with reigning PGA Tour Rookie of the Year Sungjae Im:

The putt of Sebastian Munoz's life? ?

He made this 15-foot birdie to force a playoff at the Sanderson Farms Championship. pic.twitter.com/BqNYtwdWWv

After winning on the first extra hole with a par, it was time to hoist the coveted rooster trophy, which Munoz told us on the Golf Digest Podcast is a lot heavier than it looks! 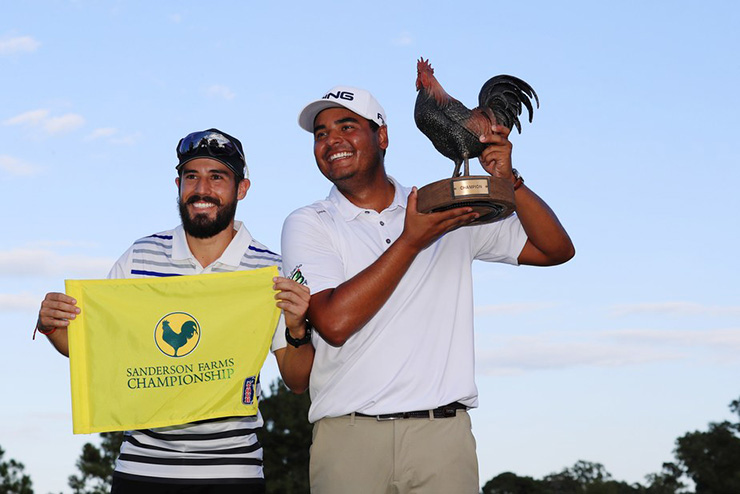 Nelly Korda: A week after a spectacular showing at the Solheim Cup where she went 3-0-1 in defeat, Korda dusted the field at the French Ladies Open by eight shots. Korda didn’t take home a rooster trophy, but considering she’s just 21 and ranked in the top 10, there is a lot more hardware in her future. 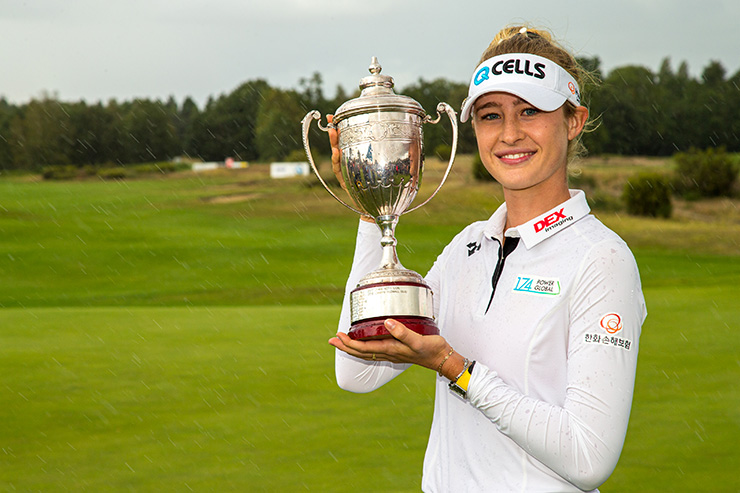 Hanging out with Pat Perez: Check out this dinner bill for four people at the MGM Grand Las Vegas’ Craftsteak: 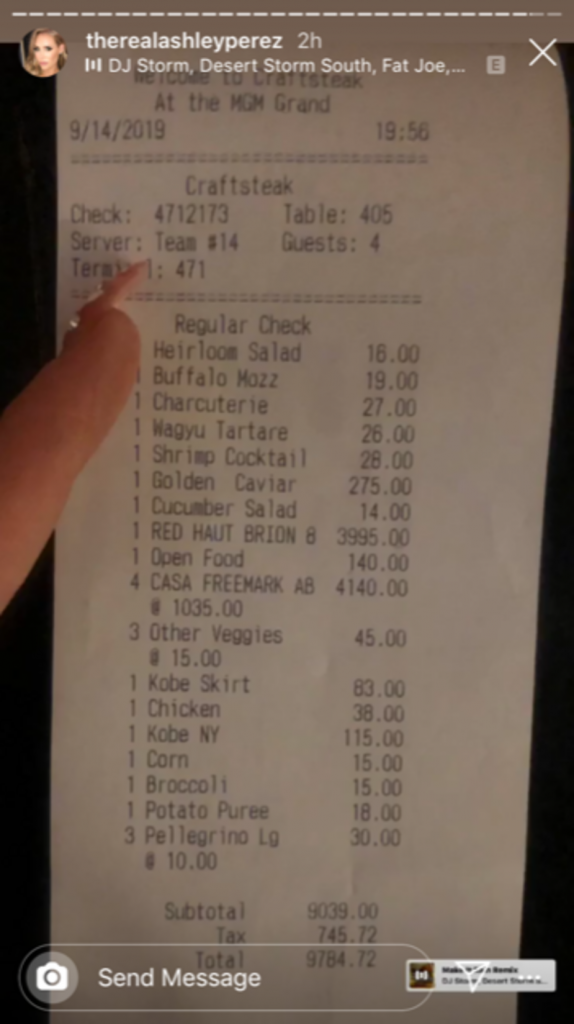 Danny Willett’s rain gear: Lost amid the feel-good comeback story of golf’s Danny Dimes was the fact that Willett looked ridiculous on Sunday: 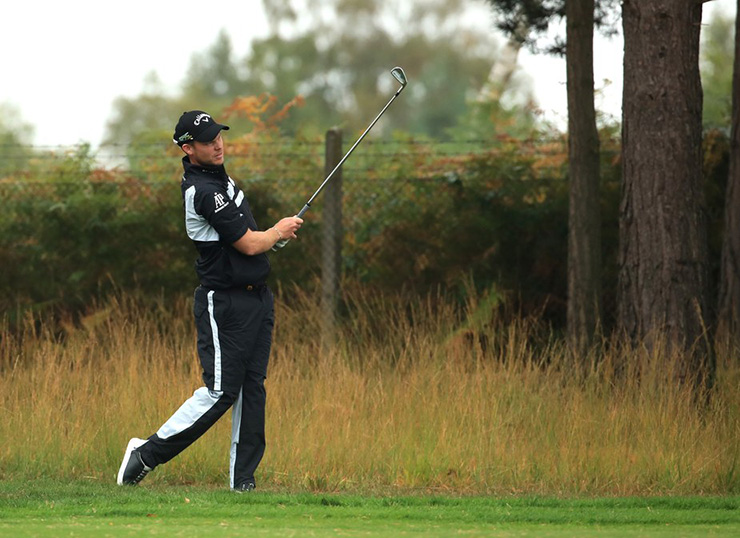 Sorry, but someone had to say it. I still love you, Danny!

American golf: The Ryder Cup? Lost. The Solheim Cup? Lost. For the first time since 2008, the first two events of the PGA Tour season were won by non-Americans. And the U.S. Mid-Amateur even saw its first-ever non-American winner in Australian Lukas Michel. Welp. It’s not just the British coming. EVERYONE is coming. At least we still have the Presidents Cup. For now.

Tony Romo’s “dilemma”: Much has been made this week about Romo potentially missing his Sunday CBS game (Boomer Esiason is waiting in the wings) because he’s playing in this week’s Safeway Open, but let’s be real: There’s a better chance booth partner Jim Nantz isn’t at Bears/Vikings because he’s hosting a wine tasting in Napa than Romo not making it because he made the cut at a PGA Tour event. 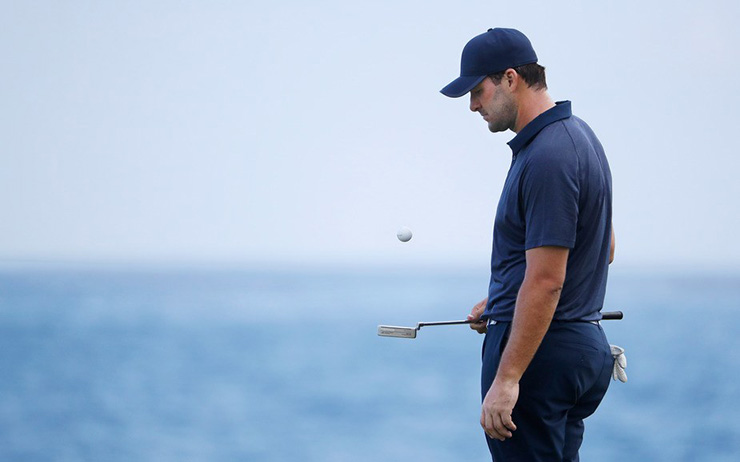 This will be Romo’s fourth PGA Tour start and third of 2019. The guy nearly plays as much as Tiger Woods.

The PGA Tour heads to lovely Napa for the Safeway Open, AKA that tournament where they give out a trophy in the shape of a wine barrel. It’s no rooster, of course, but it’s pretty good. This is also the event that Brendan Steele won two years in a row before Kevin Tway stopped Steele’s reign of terror last year.

Random tournament fact: The event is contested at Silverado Resort’s North course, which was redesigned in 2011 by Johnny Miller, who shot a final-round 63 to win the 1973 U.S. Open at Oakmont. Little-known fact.

—Tony Romo still would outperform half the current starting QBs in the NFL: LOCK (It’s a sad crop right now. Other than my man Danny Dimes, of course.)

Joshua Kelley has given us some mind-blowing trick shots throughout the years, but this might be his best work yet:

When you suck at putting but are good with the wedge ? Tag a friend who needs to see this ?? @joshkelleygolf @atlanticcitycountryclub

He won’t top this until at least next week.

Wow, what a feeling! Chuffed to have won the iconic #BMWPGA on home soil ? Great to have my family there to celebrate as well ? pic.twitter.com/QtekmwSPWr

Chuffed! Love some good British slang. Need to start incorporating that one.

Congrats @jsmunozgolf , so happy for you and your family! I never thought I would see you so happy holding a big black cock. https://t.co/SqSmhbn0xb

Check out the reaction by Sebastian Munoz’s girlfriend, Daniela Granados:

His girlfriend was jumping for joy in the background.

She’s got hops! And of course, the couple had a nice victory smooch:

The Phil Mickelson Method… for jacked calves? Sign me up. https://t.co/HFYFGltplp

And then Mickelson shared yet another photo that shows his much-improved physique:

‪After another great workout with @seanmcochran, I’m now working in my yard with Andrew Getson getting ready to compete @safewayopen. Also excited to play with such a class guy as @stephencurry30 on Wednesday! Let’s have a great week. ‬ ‪New Tribute/Phireside tomorrow at noon ET ?‬

Seriously, what is going on?! The dude looks fantastic.

Tiger Woods, Rory McIlroy, Jason Day, and Hideki Matsuyama will compete in GolfTV’s “The Challenge: Japan Skins” on Oct. 21. I know I sound like a company man hyping this event, but sign me up! . . . Veteran caddie Tony Navarro turned down working for Tiger Woods in 1999 out of loyalty to Greg Norman. Sounds like Tony is a great guy, but guessing he probably regrets that decision. . . . Phil Mickelson and Stephen Curry will play together in Wednesday’s Safeway Open Pro-Am. I wonder if Phil will challenge Steph to wind sprints in between holes. . . . And finally, this is what happens when you work with someone too much:

Who wore it better? (Obviously, me. Just making a joke.) #NationalDressLikeYourBossDay

Either that, or we just started #NationalDressLikeYourBossDay.

How many tournaments will Phil MickelSLIM win?

How many Super Bowls will Daniel Jones win?

Who wore it better? (Just kidding. Obviously, me.)