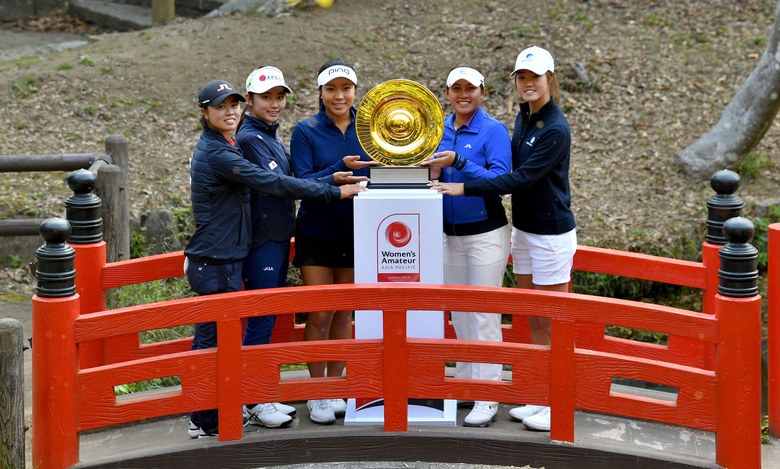 Paul Lakatos/R&A
HOKOTA, JAPAN – APRIL 23: Yuka Saso of the Philippines, Yuka Yasuda of Japan, Lei Ye of China, Atthaya Thitikul of Thailand and Grace Kim of Australia pictured at the Ono Shiosai Hamanasu Park prior to the Women’s Amateur Asia-Pacific Championship at The Royal Golf Club on April 23, 2019, in Hokota, Japan. (Photo by Paul Lakatos/R&A/R&A via Getty Images)

By Ryan Herrington
Fears of the spreading coronavirus have caused officials with another significant golf tournament to change their plans.

The R&A on Saturday announced it was postponing the Women’s Amateur Asia-Pacific Championship, scheduled for Feb. 12-15 at Siam Country Club in Pattaya, Thailand.

“The decision has been taken amid serious concerns for the safety of players and officials travelling during the current coronavirus outbreak,” said R&A chief executive Martin Slumbers in a press release. “Our utmost priority is to ensure their safety and the advice we have received in the last 24 hours is that we should not ask them to travel at this time.”

Rather than an outright postponement for the year, however, the R&A is hopefully it can reschedule the event later this year.

This news came shortly after the LPGA announced it was cancelling its March event on China’s Hainan Island. Interestingly, however, the LPGA has a tour event, the Honda LPGA Thailand, to be played at Siam Country Club in two weeks that remains on schedule.

The PGA Tour-China series has also postponed a qualifying event in Indonesia with a possible delay coming for its regular season.

The coronavirus had reportedly taken more than 700 lives with more than 34,000 cases reported in China.