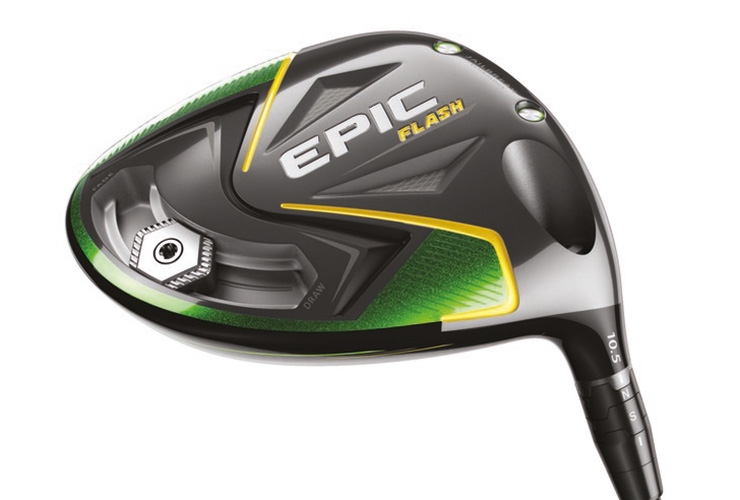 By Mike Stachura
To say the new Callaway Epic Flash drivers shift the paradigm for face design is to not understand the word “paradigm.” The fact is a paradigm is an established trend or typical example, and a paradigm shift might be seen as a natural and logical progression in the refinement of a particular design.

So Callaway’s engineers taught a super-computer to design a faster driver than they’d ever seen before.

Of course, the face is not merely unlike anything that has been seen before—it literally could not have been humanly imagined.

“We needed a completely different design process, essentially one that took us, the human engineers, out of the loop a little bit and replaced us with a computer that could analyze the contributions of different parameters of the face at maybe a deeper level than human engineers had been capable of,” said Alan Hocknell, Callaway’s senior vice president of research and development, in talking about the use of artificial intelligence and machine learning in designing the new face. “In order to do that though we had to create the circumstance where we could teach the computer to learn how to design a driver face by itself.”

We’re not going to get too far into the weeds on what machine learning is, but suffice it to say it’s where a computer technically gets smarter not only than human engineers, but in ways human engineers would never have considered. According to Hocknell, the process for designing the Epic Flash produced 15,000 iterations when a traditional driver design process might only yield eight or 10. It required a supercomputer running 24 hours a day, seven days a week for four weeks straight. For perspective, had the same calculations been tried on a typical laptop, it would have taken 34 years.

The result Callaway says is unique face flexing where most impacts occur and better energy transfer than was possible before. Or, as Hocknell puts it, “Your best shots just got a whole lot better. This face is kind of delivering double-plus ball speed in the area where the highest percentage of impacts occur.”

The back of the Epic Flash face features an almost schizophrenic series of swirls and ridges with thick and thin areas varying in atypical ways. Under magnification it looks like a moguls run at the winter Olympics. Where most driver faces feature a thick section in the middle that gets thinner as it reaches the perimeter, the face on Epic Flash has some of its thinnest sections in the middle. It created more face deflection than any Callaway face before, a boost to the spring-like effect, what’s known in the rules as coefficient of restitution (COR).

“Ultimately, when you look at COR the whole objective is to minimize the amount of energy lost to the ball during impact,” said Evan Gibbs, Callaway’s director of research and development for woods. “The way that you do that is to have the face deform more, which means the ball deforms less and you get a more efficient transfer of energy.”

Epic Flash, along with its low-spin counterpart Epic Flash Sub Zero, deforms significantly more at impact than past Callaway drivers, according to Gibbs. It’s a function of the new face design working specifically within the jailbreak structure, first debuted in the Epic driver two years ago. In both Epic and its followup Rogue, thin titanium bars join the crown and sole to stiffen those regions and concentrate more potential flexing in the face. Epic Flash takes advantage of that structure in ways traditional variable thickness faces could not. 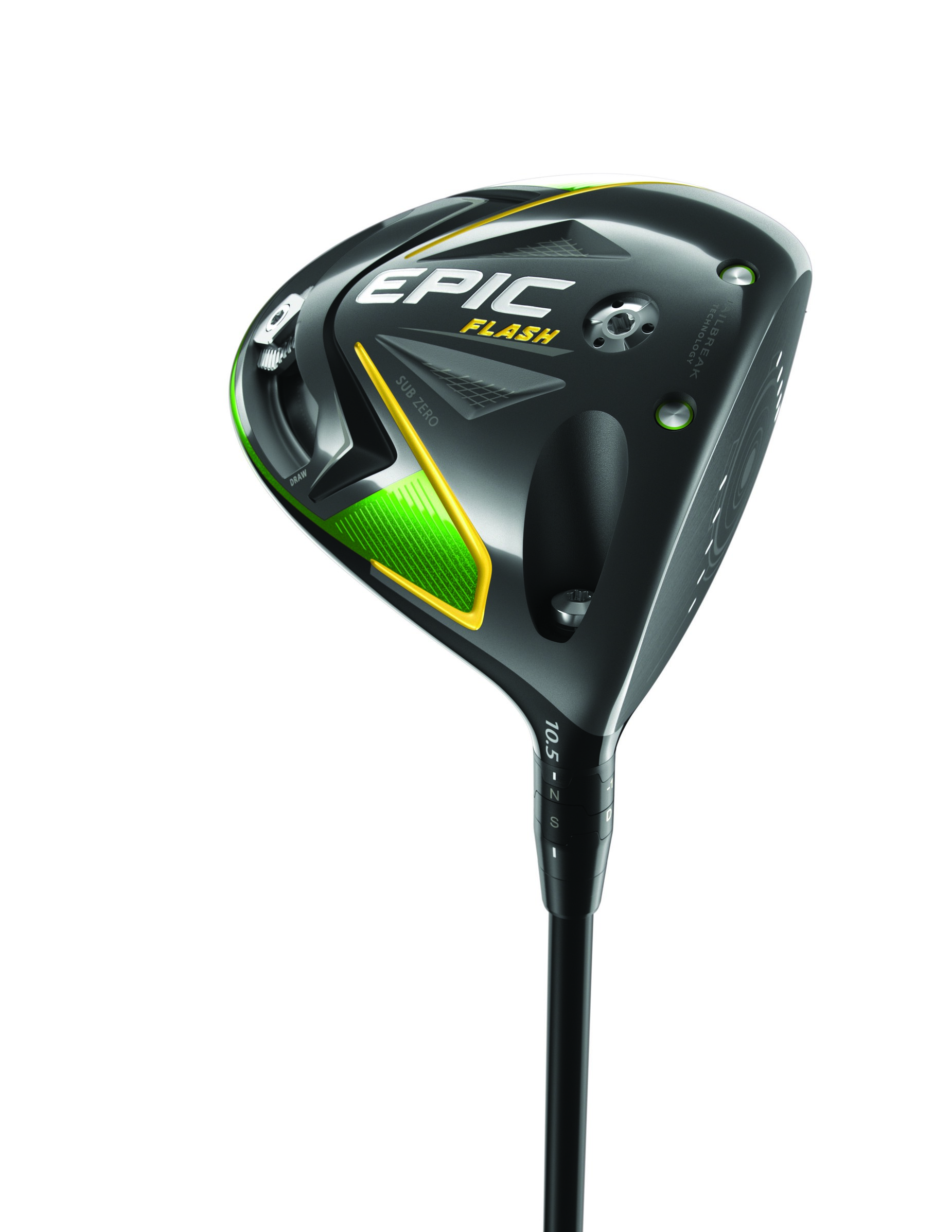 “What jailbreak did was it stiffened a part of the head to make another part more flexible—that was very counterintuitive at the time,” Gibbs said. “With Epic Flash, we wanted to see a similar effect just by the face design. We wanted to figure out how to stiffen some parts of the face that we might not have done in the past in order to make other parts of the face more flexible.”

The face insert’s intricate geometry is achieved by forging and heat treating the titanium for improved flexibility and speed. Laser scanners and the USGA’s pendulum tester for ball speed are used multiple times in the manufacturing process, including an average of five pendulum tests for every head.

Mis-hits also are benefiting from other improvements in the new design. Epic Flash features an updated version of its triaxial carbon composite material used in the crown. The saved weight from the lighter material is redistributed in the head for more forgiveness on off-center hits and more consistent speed, spin and launch conditions across the face. The Epic Flash has about a six percent higher moment of inertia, or resistance to twisting on off-centre hits, than the original Epic.

The other beneficiary of the saved weight is a sliding weight track in the rear perimeter that tweaks draw and fade bias. The Epic Flash uses a 16-gram weight, while the Epic Flash Sub Zero features a 12-gram weight. 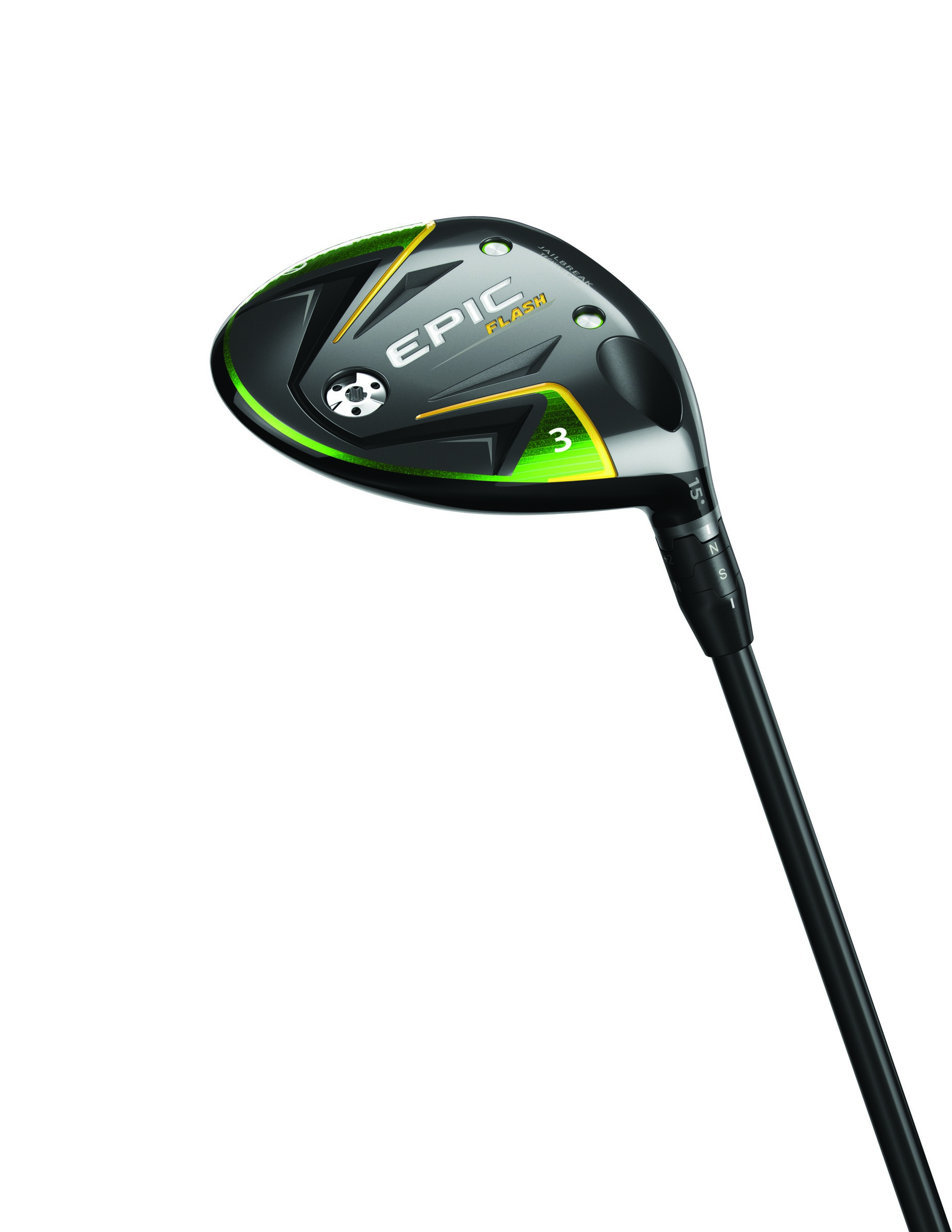 The Epic Flash technology extends to a line of fairway woods, as well. Again, the face was shaped through the input of artificial intelligence. Informed by the learnings of the driver face design, the Epic Flash fairway wood face is distinctly geared to the needs of a club that is used to hit shots off the ground, not just off a tee. A thicker ring near the perimeter is surrounded by thinner sections both in the center and beyond the perimeter of the ring in the fairway wood’s varying face thickness design.

“It had this different goal in mind for ball speed not just from the center but for impact locations relatively low on the face and therefore it came out slightly different,” Hocknell said, noting that the high-strength Carpenter 455 steel also posed different requirements to maximise face flexing compared to titanium on the driver.

Ed’s note: Middle East pricing and release dates are still to be confirmed.