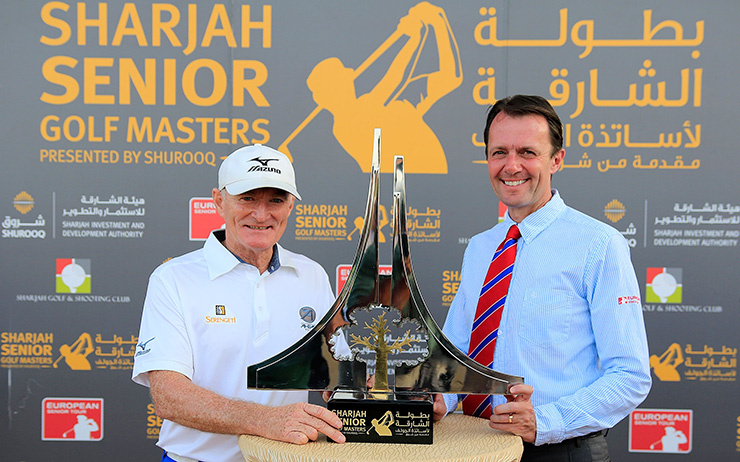 What David MacLaren, the new Head of the European Senior Tour, can guarantee is his loyalty to the circuit’s newest stop and his commitment to grow the tour, whether that is in the UAE, the wider Arabian Gulf or beyond.

Several high-profile players, Italian Ryder Cup star Costantino Rocca the most vocal among them, called for increased playing opportunities on the over 50s circuit during the $425,000 season-opener at Sharjah Golf & Shooting Club.

SEE ALSO
Rocca: European Senior Tour must ‘cultivate’ sponsors and not get greedy

A Middle East swing, something to mirror the European Tour’s ‘Desert Swing’ in Abu Dhabi, Doha and Dubai, was mooted given that the Senior Tour, following Chris Williams’ playoff win Saturday, essentially now goes into hibernation until late June and another new event, the European Tour Properties Senior Classic in Finland.

Outside of the co-sanctioned U.S. PGA Championship in Washington (May 25-28) and the U.S. Senior Open in Massachusetts (June 29-July 2), majors that few of the European members are guaranteed to start, there are in fact only two events in the first four months of the season.

MacLaren has revealed he is in talks to add new stops in Sri Lanka and Madagascar from 2018 which would pad out the scantily clad early-season schedule.

“I think they [Sri Lanka and Madagascar] would both be obtainable, or reachable, from here [Sharjah] and that would give us a nice three tournament swing,” MacLaren said. 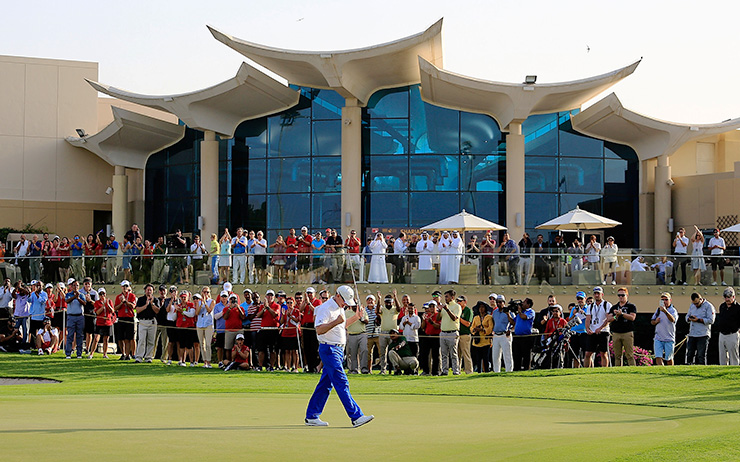 Whether further Middle East events can be added remains to be seen however. MacLaren understands the enthusiasm for a Senior Desert Swing but is mindful of the four European Tour events and the two European Ladies Tour tournaments already hosted in the Middle East. He also wants to ensure Shurooq (the Sharjah Investment & Development Authority) are fully repaid for their three-year bankrolling of the Sharjah Masters.

“I think there is. I’m in the capable hands of Nick Tarratt who runs our regional office out of Dubai, and I think there is,” MacLaren said if there was room for further Middle East events.

“If other opportunities arise out of that, that’s absolutely great. But I feel a loyalty to this because of all the investment everybody has made. Even as a self contained tournament this is a symbol of what the Senior Tour is all about and is one of three, possibly four new tournaments this year and that’s good for everybody.”

MacLaren praised SGSC Managing Director and Vice Chairman, H.E. Sheikh Mohammed Bin Abdullah Al Thani, and the club’s tireless Director of Golf, Martin Duff, for pulling the Sharjah Masters together inside a year. It was the first time the European Tour has played an event on a nine-holer which was beamed around the globe in immaculate condition thanks to widely hailed Kiwi course superintendent Marty Brown.

Media coverage is vital to grow the tour and part of the chicken and egg argument voiced by Rocca. The 60-year-old urged MacLaren not to be greedy when it comes to sponsorship negotiations or contract renewal talks.

“I was reading with interest Tino’s [Constantino Rocca’s] comments and he’s absolutely right. And the funny thing is that his comments, that’s exactly what our strategy is, which is yes, we’d love to have 20 tournaments at a million dollars each but I’d prefer create for the guys 20 tournaments [full stop],” MacLaren said.

“If that means we’ve got to play for less prize-money to start with and build from the bottom up, then I think that’s the right strategy. Because then you are creating momentum, you’re creating a base.”

MacLaren clearly has support for what is a tough sell; previous Senior Tour events in Bahrain and Abu Dhabi didn’t survive beyond two seasons. He was hand-picked by new European Tour chief Keith Pelley nine months ago to revive the Senior Tour and head up European Tour Properties, the latter including Dubai’s Jumeirah Golf Estates.

“We’ve got a new guy, David MacLaren, he’s a really sharp chappie, a really clever guy,” said Williams. “He speaks several languages and he’s obviously negotiating in a native language which is a big thing, speaking to the French in French [for example]…”

Like Williams, MacLaren knows the stars of yesteryear are the European Senior Tour’s greatest commodity with a Pro-Am start alongside the likes of a Rocca, two-time senior major champion Roger Chapman or reigning Senior Open Champion Paul Broadhurst a unique opportunity. 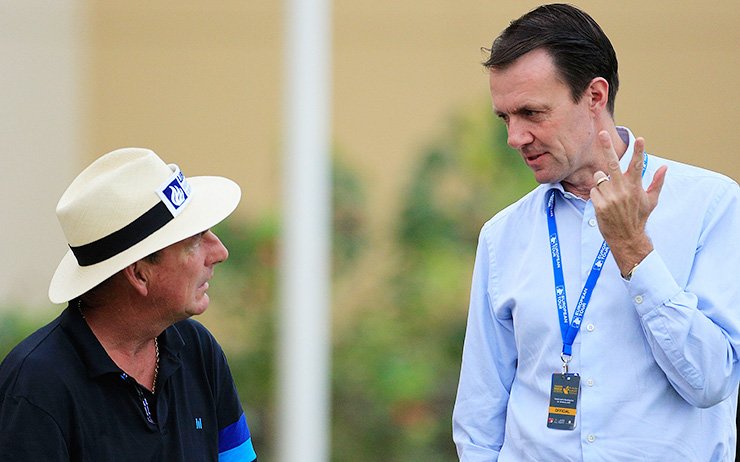 “The great thing is I think we’ve got a product that works and it’s a product that works because of how well our players can engage,” said MacLaren. “ They can interact with amateur partners and sponsors and corporate guests more than any other tour can do. The guys are more relaxed, they’re more experienced, they’ve got more time and they’re much more willing to share.

“The ability to play a round of golf in a Pro-Am with sponsors, members, with [tournament] staff even, that’s the magic, that’s the magic of the Senior Tour and that’s what I want to use as the centrepiece for how we build going forward.”

MacLaren says seniors golf was impacted even more keenly by the “global economic meltdown” than any other level of the game because “tournament sponsorship and sports sponsorship is something that can be sacrificed by larger companies.”

But with Sharjah, Finland, the English Senior Classic at Forest of Arden Hotel and Country Club in Coventry (October 20-22) and possibly the Dutch Senior Masters (earmarked for October 6-8) added to this year’s schedule, he’s confident about the future.

“We’re in a very good place because we’ve got some upward momentum. For the last few years our Senior Tour players haven’t been used to tournaments at the beginning of the year and I am really hopeful this will prove a catalyst for some more new tournaments in this part of the world.

“But even if that doesn’t happen, to know we can come back here for the next three years to such a special place, and I mean that genuinely, is something that gives us great heart and fills us with great pride.