Rocca: European Senior Tour must ‘cultivate’ sponsors and not get greedy 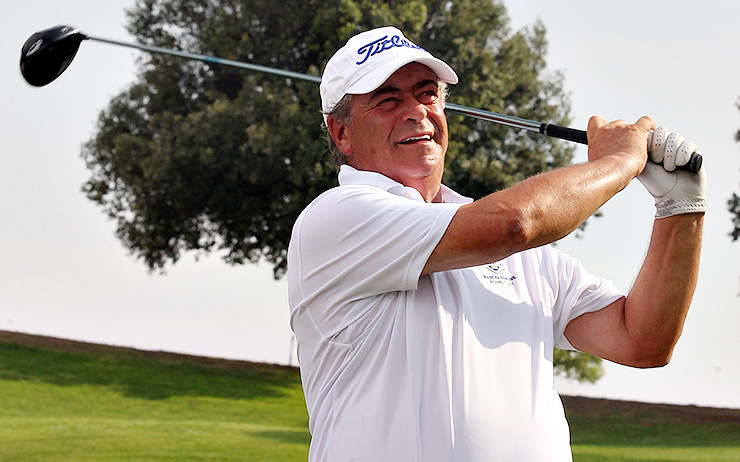 Costantino Rocca couldn’t conjure up any of his old magic during the opening round of the Sharjah Senior Golf Masters Thursday but is thankful for a new early season event to at least try his luck.

A lousy winter in Bergamo saw the 60-year-old Italian arrive for the European Senior Tour’s $425,000 season-opener a little rusty and it showed as he stumbled to a 75.

The three over-par score left Rocca in a share of 48th place, flirting with the foot of the 57-player leaderboard and a seemingly insurmountable 10 shots behind overnight leader Chris Williams after the South African rattled off two eagles in a fine 65.

With no cut, Rocca has a further 36 holes to find his game on Sharjah Golf & Shooting Club’s nine-holer and will undoubtedly be a drawcard for the galleries whatever he scores, as he has been ever since draining that improbable 25-footer from the ‘Valley of Sin’ to send the 124th Open Championship at St. Andrews into overtime in 1995. 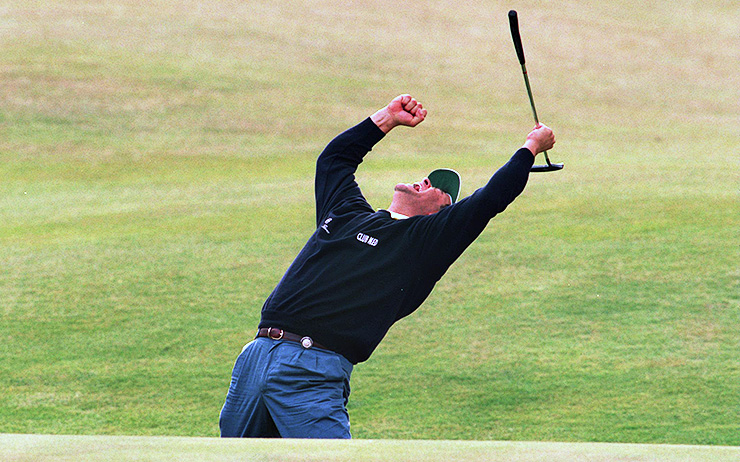 After flubbing his second shot into the ‘Valley of Sin’, Rocca holed an improbable 25-footer for birdie on the 72nd green at St. Andrews to take the 1995 Open Championship into overtime. The Italian lost the four-hole playoff to John Daly for four shots

The frustration for Rocca, and he’s not alone, is the lack of playing opportunities. After Sharjah, the next European Senior Tour event actually in Europe isn’t until late June. Indeed, two of the first four events on the 15-tournament schedule include the U.S. Senior PGA and U.S. Senior Open, major championships only the highest ranked Europeans can count on playing.

Rocca believes the European Senior Tour missed a trick when the likes of six-time major champion Sir Nick Faldo turned 50 (“Before there is 25-26 tournaments…”) and has been scrambling for the big name media creditability, and thus sponsorship dollars, ever since.

He insists it is not as simple as blaming the challenges on the financial riches available on the Champions Tour in the US.

“We cannot play like now and then [next at] the end of June. I can practice another three months for nothing and that is the difference which means you have to do other things,” said Rocca who was beaten by John Daly in the four-hole playoff at St. Andrews in 1995 by four shots.

“This is a shame because you see Woosie [Ian Woosnam} going there [to the US], Broady [Paul Broadhurst] is going there, everyone is going there. It’s more money yes, but it’s also more tournaments.

“We see a lot of good players coming to 50 and [we] have 10-12 tournaments so they try to go to America. I think we need 20 tournaments even if they’re not big, big prize money.”

Rocca applauded European Senior Tour chief David MacLaren for securing the Sharjah start which is being bankrolled by the Sharjah Investment & Development Authority (Shurooq). Like Des Smyth, the Italian would love to see another two or three events tagged into a Senior Desert Swing to pad out the start of the season.

In that regard, Rocca has urged the tour’s powerbrokers not to be greedy when it comes to sponsorship talks and particularly contract renegotiations.

“I think we have to cultivate the sponsors, maybe one year you have [a purse worth] $200,00…the next year it cannot be $300,000,” said the three-time Ryder Cupper who has two senior wins to go with his five European Tour titles, the most prestigious of them being the 1996 Volvo PGA Championship.

“If you make them [players] go to Q-school, we have to give them the opportunity to play. What’s the point if I pre qualify from the school and then I don’t play, I play five tournaments?”

“We have to take every sponsor we can get.”