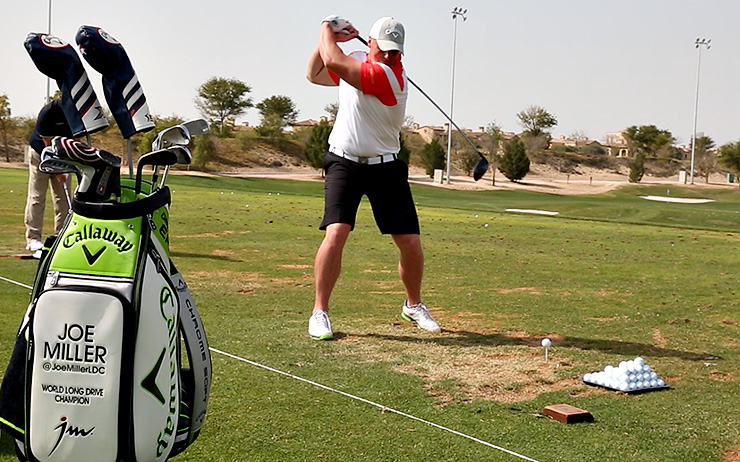 The 32-year-old won his second World Long Drive Championships title in Thackerville, Oklahoma in October but his preparation for the bow of the rival series in Dubai has been limited to an indoor simulator and as many outdoor range sessions as the English winter would allow.

“After a winter break it’s been good to be back out hitting although the weather has been restrictive at home. Obviously the form was good at the end of 2016 so we’ll see tomorrow [Friday] evening,” Miller told Golf Digest Middle East.

Miller will peg it up alongside a whose who of the long driving world on the JGE driving range.

Local interest will focus on Dubai amateur Ricky Domínguez who earned a start in the £50,000 event with a 351.7 yard hit in an eGolf Megastore qualifier.

Miller, whose best competition nudge is 474 yards, admits there is pressure being the reigning world champion but insists he’s up for the early season challenge where he expects Burke to be a particular threat.

“It’s hard work to get to the top so I’d like to stay here. Of course everyone wants to win and it will be tight, especially as we’re into the wind and uphill,” said Miller who clinched the world title with a 423 swat in the final against Steenberg after an earlier 439 yard effort in the semifinals.

“Everyone has a chance due to the heavy wind although Tim Burke probably stands out just a touch.”

Tonight’s event at JGE begins at 5pm and includes the usual long drive razzmatazz including live a DJ, food trucks and pyrotechnics. Entry is free.