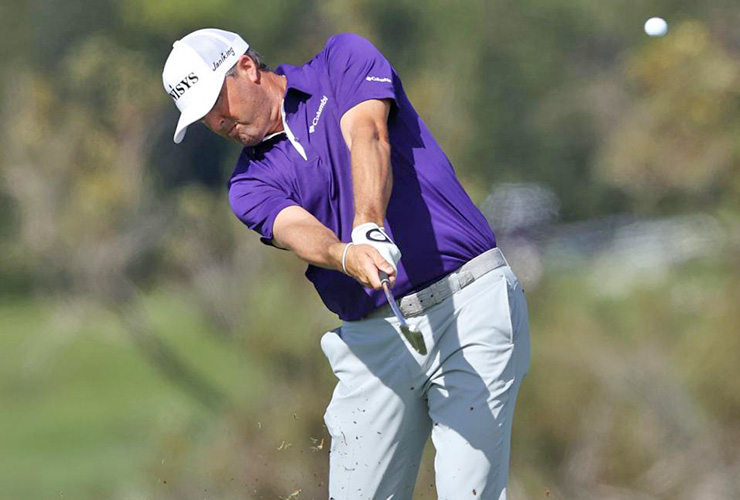 Ryan Palmer plays a shot on the fourth hole during the third round of the Sentry Tournament of Champions. Gregory Shamus

By Daniel Rapaport
Here’s the thing about the Plantation Course at Kapalua: It’s designed for wind. It’s a resort course, and its fairways are runway-wide to make them playable for Joe Average even when the wind starts whipping.

Only problem: There’s been virtually none of it to speak of at this week’s Sentry Tournament of Champions. And when a course designed for wind has none, and you have a field with nine of the top 10 players in the world … well, you’re in for an absolute birdie fest. Your four-under 69s are cute and all—remember, par 73 this week—but they’re simply not going to cut it.

Alas, Harris English and Ryan Palmer hold the 54-hole lead at 21-under par. Yes, 21. There is absolutely a chance someone gets to 30 under on Sunday, which is always fun. Here are five takeaways ahead of what’s sure to be an entertaining, if envy-inducing, Sunday afternoon/evening of golf watching. We should know by now, but Maui’s beauty is somehow still jarring every single time this tournament rolls around. Enjoy it.

English and Palmer shouldn’t be here. Not in normal years, anyway. As the name suggests, this tournament is supposed to be only for those players who won a tournament in the year prior. But with the COVID-shortened season, the folks in Ponte Vedra decided to loosen the rules and invite anyone who made the Tour Championship, as well as those who won. There are 16 guys in the field this week who did not win a PGA Tour event since last year’s Sentry, and two of them happen to be leading the tournament. 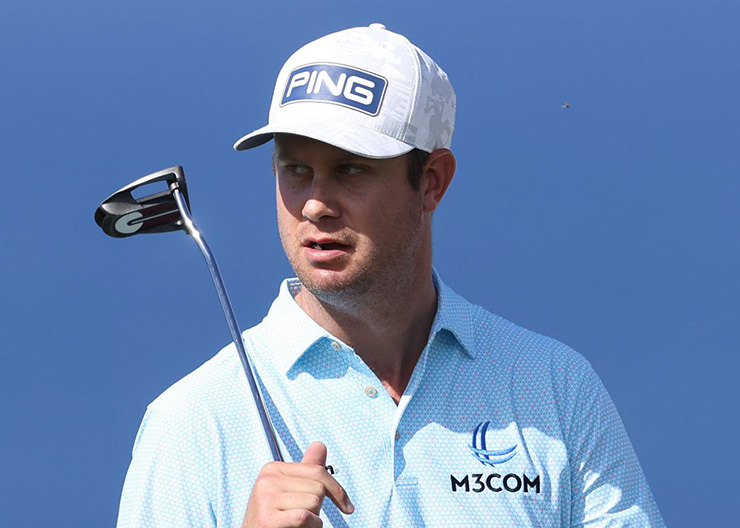 Harris English walks on the fourth green during the third round of the Sentry Tournament of Champions. Gregory Shamus

Neither English nor Palmer won last year, but both had arguably the best seasons of their respective careers to get to East Lake. They’re now both in position to score the biggest win of their career. English, the 36-hole leader, kept the pedal firmly on the metal with his second eight-under 65 of the week, while Palmer fared a shot better with a 64—which was made official after a rules official decided he did not intend to improve his lie when, on the ninth hole, Palmer kicked a divot while a duffed chip was still rolling. If you saw the video, it’s clear: no harm, no foul.

After speaking to officials and coming out of the scoring trailer, Palmer told Golf Channel, “In disgust I kicked a divot. The ball was five feet away from me where it ended up stopping. There was no intention of me trying to help my ball because the ball wasn’t going to end up close to where I was at.”

Your casual golf fan might not know who he is, but the big man from Georgia has been playing at a top-10 level since the post-COVID restart, No, seriously. Since the RBC Heritage, the second event back, he has 11 top-25s and five top-10s in 14 starts, including a solo second at the Northern Trust and a T-6 at the U.S. Open. A win here—his first since 2013—would move him close to the top 20 in the World Rankings, which is exactly where he belongs. At 31, he looks to be something of a late bloomer—but he’s certainly booming, and he’s absolutely a threat to make this year’s Ryder Cup team. A victory on Sunday would go a long, long way toward making that a reality. Unfortunately, his last swing of the day was his worse, a hooked long iron on 18 that missed left, the one place you can’t miss on that hole.

Nice to see you, Collin

A fun stat that circulated after Collin Morikawa won the PGA Championship was that he had as many major championships (1) as he did missed cuts (1) as a professional. He promptly missed the weekend in three of his next five starts and has been generally disappointing since Harding Park, at least by the elevated standards he earned himself with that victory. He has just two top-10s in his nine events since: a T-7 in the gross division of the 30-man Tour Championship, and a T-10 at the European Tour’s DP World Tour Championship.

And yet, all those so-so runs of form fade into the oblivion so long as you keep winning. He’s in a great spot to pick up win No. 4 in his first 19 months as a pro after a second straight eight-under 65. He was one over through six on Thursday, which means the 23-year-old is 21 under over his last 48 holes. Wasn’t a math major, but that’s a very good pace. 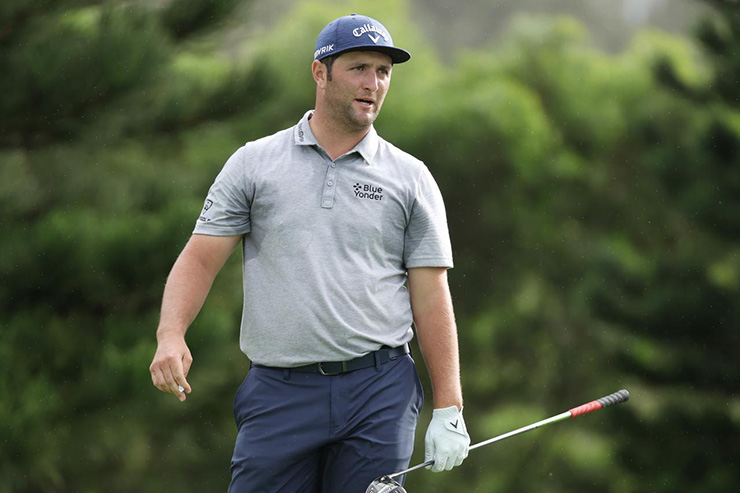 = Jon Rahm walks off the 18th tee during the third round of the Sentry Tournament of Champions. Gregory Shamus

Going from TaylorMade to Callaway wasn’t the only switch world No. 2 Jon Rahm made as 2020 turned into 2021—he also switched from Adidas apparel to Travis Mathew, which is owned by Callway. So he’s in new clothes, but he has not lost one ounce of the on-course fire he’s known for. During the midst of a so-so round of 69, Rahm missed a six-footer for birdie and was, uh, not happy. We’d print his exact words, but this is a family site, so you can watch the video if you please.

We feel obligated to note that PGA Tour players are now able to tap-down spike marks, and have been since the beginning of 2019, but that’s neither here nor there. Here’s to hoping Rahm never loses that passion, because it makes him who he is, and this game can use every character it can get.

We never expected this week to bring up memories of Winged Foot, but the lack of wind has not helped matters. Only two of the 42 players in the field failed to break par on Saturday. Eighteen players shot five under or better. Simply put, a windless Kapalua does not have any defence against the world’s best players. It would be a problem if this were every week on the PGA Tour, but it’s not every week, so sit back and enjoy the views and the birdies. It’s easier that way.