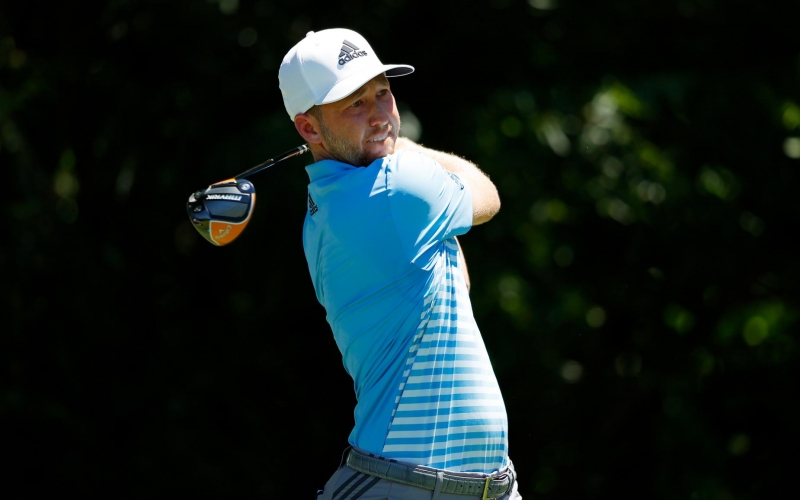 By E. Michael Johnson
That Daniel Berger won the Charles Schwab Challenge really shouldn’t come as a surprise. Berger’s game was trending nicely when the PGA Tour’s season was suspended after the first round of the Players Championship. In fact, Berger had straight three top-10s heading into the Players with a T-9 at the Waste Management Phoenix Open; T-5 at the AT&T Pebble Beach Pro-Am and T-4 at the Honda Classic.

Still, Berger’s win in overtime against Collin Morikawa wasn’t merely a continuation of Berger’s fine play from earlier in the year. Berger has put a renewed emphasis on working on his short game and also had some time to heal up during the hiatus, something that was on display as he got up-and-down on the first extra hole, which proved the difference when Morikawa missed a short putt that would have extended the tournament.

“It was kind of a nice little refresher,” Berger said of the break. “I had played a lot of golf leading up to that point and still battling a little bit of that finger [and] wrist injury, so it was nice to have a month or two off to kind of let that heal, but overall I feel great. I’m just happy to be back.”

Back in the winner’s circle as well. Berger used a reliable iron game with a split set of irons that have some mileage on them. His Callaway Apex 3-iron is from 2016 and his TaylorMade MC 11 4-iron through pitching wedge date back to 2011. Berger used the irons to hit 77.78 percent of his greens in regulation. Coupled with some strength off the tee, averaging 306.1 yards with his Callaway Mavrik Sub Zero driver, Berger had enough for the win.

“I wanted it more than I ever wanted it before,” Berger told CBS afterwards. “It’s the greatest feeling in the world.”

What Daniel Berger had in his bag at the Charles Schwab Challenge: