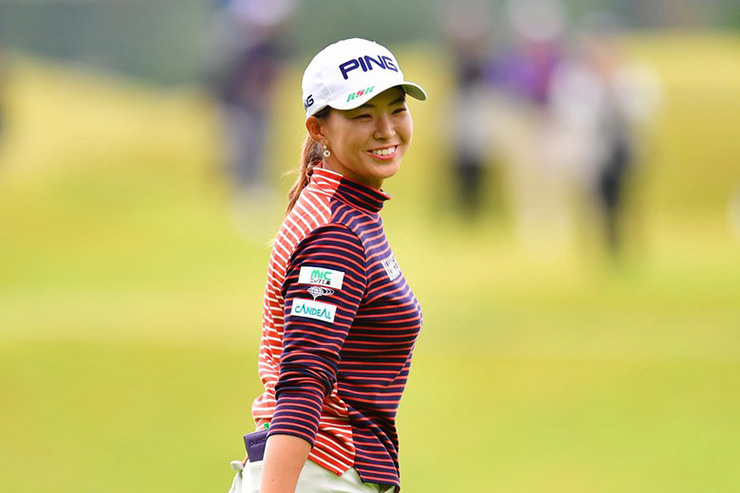 MIKI, JAPAN – OCTOBER 25: Hinako Shibuno of Japan smiles after the birdie on the 10th green during the second round of the Nobuta Group Masters GC Ladies at Masters Golf Club on October 25, 2019, in Miki, Hyogo, Japan. (Photo by Atsushi Tomura/Getty Images)

By Keely Levins
Hinako Shibuno became the LPGA Tour’s most unlikely winner of 2019 when she won the AIG Women’s British Open, her first-ever tournament outside of Japan. An instant crowd-favourite due to her bubbly on-course demeanour and constant smile, the 20-year-old rookie on the Japanese LPGA Tour didn’t instantly decide to take the option of joining the LPGA Tour as a major champ. But now, the November 18th deadline is approaching.

Shibuno is playing in her first LPGA event since her Open win in August at this week’s Taiwan Swinging Skirts LPGA. And in her pre-tournament press conference, she gave a surprising response to the question of accepting LPGA membership.

“I don’t think I have enough skills to play on the U.S. LPGA, and only my first year on the Japan Tour, so I think I need to play a few more years on the Japan Tour before going to the U.S.,” Shibuno said.

While it seems like someone who’s won a major should certainly be good enough to play on the LPGA Tour, Shibuno is taking a mature route, making sure that the win is demonstrative of where her game actually is before she puts herself in the position of having to perform on the LPGA Tour every week. If she sticks to her plan and doesn’t accept LPGA membership, her Open title gets her starts as a non-member in each of the LPGA’s five majors and the HSBC Women’s World Championship.

Since that victory in England, Shibuno has been playing in Japan, winning the Descente Ladies Tokai Classic for her third JLPGA title of 2019. She says that after capturing her first major, she can’t walk outside without being recognized. That will likely translate into big crowds in her home country when she makes her third LPGA start of the year at next week’s TOTO Japan Classic.