Dunne but not yet dusted 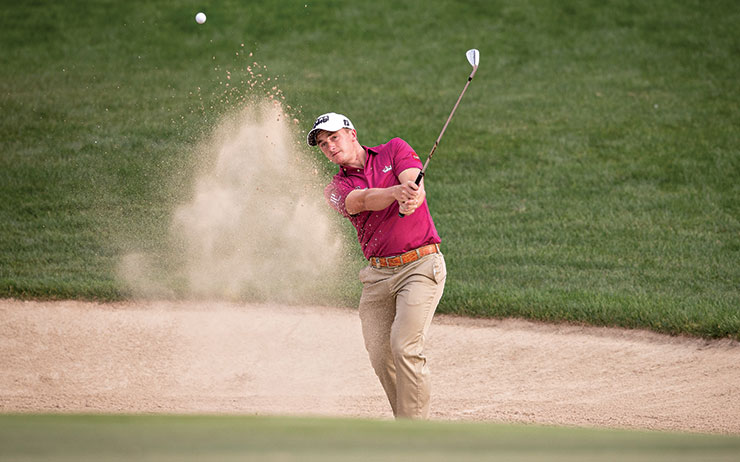 Paul Dunne is probably best remembered for having a share of the lead after 54-holes at the 2015 Open Championship at St Andrews. The Irishman is poised to forge a new defining moment this weekend at The Abu Dhabi HSBC Championship.

The 24-year-old followed a 68 Thursday with a sensational second round 66 to leave himself at 10 under par through 36 holes, two shots adrift of German pace-setter Martin Kaymer.

“My game feels in good shape. I’m hitting a lot of good iron shots and giving myself a lot of chances. Greens being as good as they are, you are bound to take a few. It’s exciting, yeah. Looking forward to a good weekend.”

However, after his run at The Open somewhat derailed and resulted in a disappointing tie for 30th, Dunne knows not to read too much into two strong opening rounds.

“Nice to get off to a good start but that’s all it is. We’re only half way there. Hopefully keep doing what we’re doing and post some of the same numbers again.”

Dunne had two-top 10 finishes on the European Tour last year, after turning pro in 2015. Although he may not have been able to emulate the instant success of leading going into the final round of a major as an amateur, the two-time former Irish Boys’ Champion feels his game is at its best since joining the pro ranks.

“I definitely feel I’m a better player now than this time last year. I’m better off the tee and I’m a better iron player,” he said.

“If I get the ball in the fairway around this course, the way I’m hitting my irons, I’ll give myself a lot of chances and bound to take a few with the greens being so good. If I can keep the ball in play like I have the last couple of days, just give myself an iron in my hands in the short grass, I’m pretty confident.”  – By John Tully-Jackson