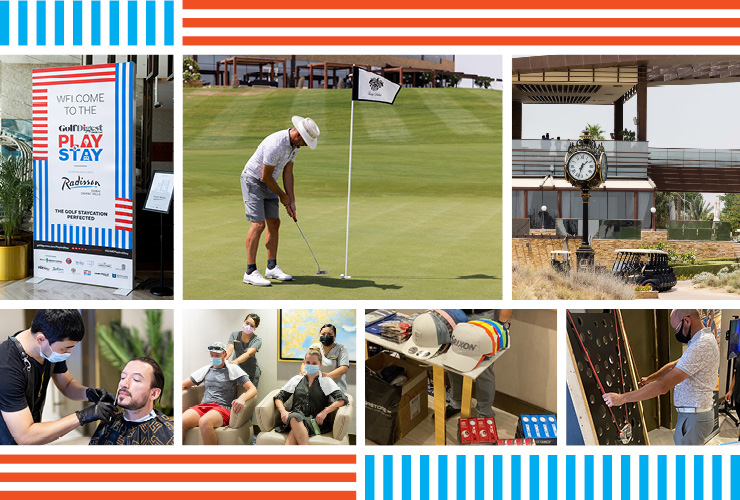 By GolfDigestme.com
Golf is a game built on traditions but here at Golf Digest Middle East, we’re not afraid to challenge the status quo every now and then.

Like turning the traditional Stay & Play on its head by putting the playing before the staying and then upping the ante when it comes to the hotel side of the equation. The feedback after the inaugural Golf Digest Middle East Play & Stay proved this flip-flop was a hit, the field unanimous in their approval of the weekend hosted by Radisson Hotel Dubai DAMAC Hills.

Ryan Westby and Leigh Molineux, in particular, savoured the golf at Trump International Golf Club, Dubai after being crowned champions of their respective divisions. Westby captured division A for 0-12 handicappers with 32 stableford points while Molineux not only won division B but also waltz away with the nearest the pin prize on Trump Dubai’s signature 17th hole. For the record, Molineux signed for 42 points to pip James Walsh by a point in the 13-24 handicappers division.

Other nearest the pin prizes – all the winner’s goodies came courtesy of eGolf Megastore –  were claimed by Devin Hipkin (3rd) and Louis-Florent Daspre who was closest to the pin in two fine strokes on the 8th. Robert Mullen, meanwhile, channelled his inner Bryson DeChambeau to claim longest drive glory on the 13th.

After golf came the sumptuous stay where participants and their significant others enjoyed the best Dubai’s swishest new 4-star hotel has to offer including a tasty post-match brunch at Hessa Street Kitchen.

After a full day of play after some early pampering (including beard trims by Bristles & Mane and neck and shoulder massages from Dreamworks Spa) and fun challenges from our pals at TEPfactor, the brunch and post-round nightcaps sealed a memorable day. But we weren’t done with a late, late check-out the following day allowing participants to enjoy Radisson Hotel Dubai DAMAC Hills’ facilities including The Hills Pool Deck until late on Saturday evening.

Check out all the action in our photo gallery and event video here:

Photos and video by Mark Mathew

See you at the next Golf Digest Middle East Play & Stay, or will it be a Stay & Play? All to be revealed soon! Stay tuned.