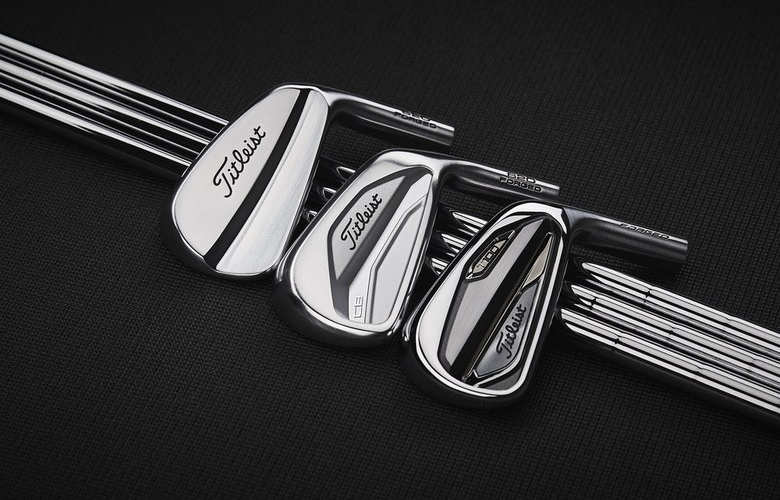 By E. Michael Johnson
Last year Titleist threw an equipment curveball by introducing its TS line of drivers at the U.S. Open at Shinnecock Hills Golf Club, interrupting its normal cadence of debuting new product at the Quicken Loans National. This year the company appears to be following a similar path, unveiling three new irons at Pebble Beach G.L.—the 620 MB and 620 CB irons along with a Forged T100 iron that looks like a modern players iron.

As is its custom, the company is quiet on details of the clubs, merely citing in a statement that the irons are a follow up to the introduction of its TS line of hybrids and U-500 and U-510 utility irons while touting the fact that Titleist has been the most-played iron on the PGA Tour for 14 of the last 15 years, including the last five.

Judging from photos, the 620 MB appears to be a logical replacement for the 718 MB—a clean muscle-back iron. Similarly, the 620 CB likely replaces the 718 CB as it is a relatively simply cavity-back design that should appeal to better players desiring a slight hint of forgiveness. The T100 is not quite as clear-cut, although it most closely resembles the 718 AP2 in design.

While several players (including Justin Thomas) switched into the new drivers at last year’s U.S. Open, it will be interesting to see if any decide to change irons the week of a major championship. Stay tuned.