U.S. Open 2019: Tiger Woods reaches into the past for a game plan at Pebble Beach 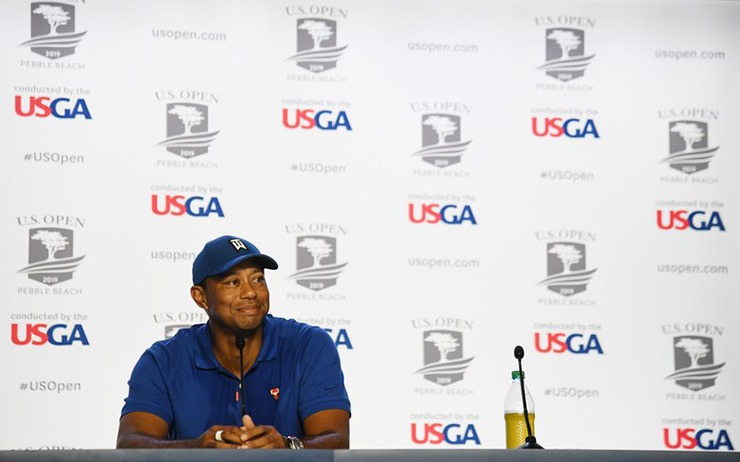 PEBBLE BEACH, CALIFORNIA – JUNE 11: Tiger Woods of the United States speaks to the media during a press conference prior to the 2019 U.S. Open at Pebble Beach Golf Links on June 11, 2019, in Pebble Beach, California. (Photo by Harry How/Getty Images)

By Joel Beall
The course has been called the finest convergence of land and sea. For Tiger Woods, Pebble Beach has proved a meeting of past and present.

That was the dynamic on full display during Woods’ first public round at Pebble in seven years on Monday, and the theme of his media press conference Tuesday afternoon. A synergy that was somewhat expected; with a career as rich as Woods’ has been, there’s always a gust of remembrance over the proceedings, and it would be inappropriate not to reminisce about Tiger’s 2000 U.S. Open performance at Pebble, arguably the most dominant show the sport has seen.

“Yeah, it’s crazy,” Woods said on his famous tour of the property. “It’s been 19 years. I still remember most of the shots I hit that week. It was just one of those weeks where I don’t know how I pulled it off, but on seaside Poa annua, I never missed a putt inside 10 feet for a week.”

The nostalgia did not stop there. Woods recalled the first time he visited the venerable links with his dad as a child, saying it was in the days when it cost less than $100 to play, a stark contrast to today’s $550 greens fee.

“I didn’t hit it very far. I must have been 9 or 10,” Woods said. “It was a long, soft, wet golf course to me. But it was cool to see that the same thing we watch every year in, what, February, see where the pros play. … That’s always a pretty neat thrill as an amateur.”

Tiger’s recollections weren’t confined to his own game as he also reflected on the 20th anniversary of Payne Stewart’s win at Pinehurst and shared thoughts on his former caddie, Steve Williams, who has come out of retirement to help Jason Day.

In the meantime, there is a tournament to be played this week that requires Woods’ attention as well. 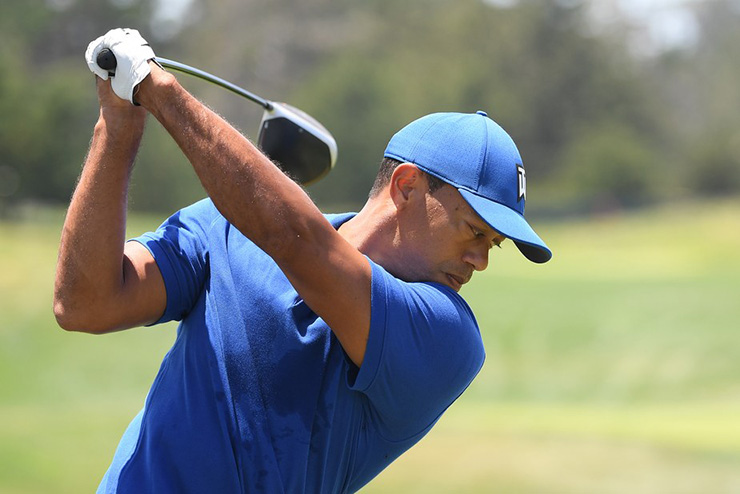 Though there’s not as much hype surrounding Woods as there was at the PGA Championship—where, Woods admitted Tuesday, he was in “rough shape”—the 43-year-old enters as one of the Pebble favourites. He bounced back from a missed cut at Bethpage with a T-8 at the Memorial and stated he feels like his game is trending in the right direction.

“I need one more day of prep. I want to see the golf course when it’s a little bit closer to game time,” Woods said. “I know they’re holding it back. But I just want to see how much are they going to let it go and show us how it’s going to be come Thursday.”

Having played nine holes on Sunday and Monday, Woods did not play on Tuesday, instead choosing to spend his time on the putting green and driving range. It was a schedule that spurred success at Augusta, with Woods placing a premium on conserving energy for the weekend. Woods told GOLFTV this is a byproduct of his latest back procedure.

“You saw last year, I went through many iterations of my golf swing before I found something that was playable,” Woods said to GOLFTV. “This year has been the same thing, trying to peel back the layers so I feel good on a daily basis.”

He’s confident in the game plan he’s constructed for Pebble, mostly because, according to Woods, it hasn’t changed in two decades. He says he hits the ball about the same distance, that the layout doesn’t play much different. He conquered Pebble 19 years ago with a simple concept: putting the ball, in hits and misses, in the right spots.

Granted, a lot has changed since Tiger lapped the field in that U.S. Open. But Woods is confident the best of then and now will be put him in the weekend mix. To emphasize the point, Woods relayed a story from former U.S. Open champ Andy North. “What makes this sport so unique, is that you’re able to cross so many different generations, Woods said. “Andy and I were walking up No. 6 yesterday, and he said what’s really cool is he got a chance to play with Bobby Locke, Gene Sarazen, Hogan, and here he is out here playing with us.

“As many generations as it crosses, golf allows us to compete for a very long time,” Woods said. “There are guys in their 50s out here playing in this event and kids in their teens. That’s one of the beauties of this game. And as I’ve always said, if you’re around for the conversation that long, you’ve done well.”

On that front, Woods has succeeded. He’ll try to extend that conversation further this week.