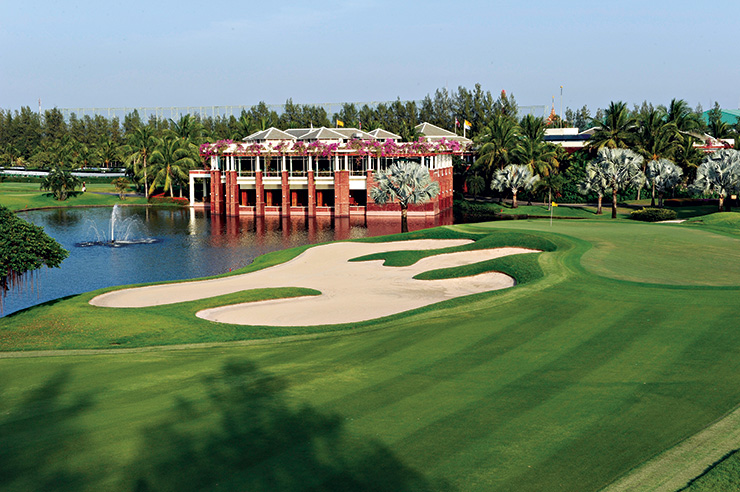 Opened in December 1996, the layout adapts to everyday member use up to very tough challenges for major international and PGA tournaments. The 7,157-yard course was the venue for the 1997 Asian Honda Classic, where Tiger Woods cruised to a comfortable 10-stroke victory after shooting a final round of 68 for a 20 under-par total of 268 for the championship. One year later the second round of the 1998 Johnnie Walker Super Tour was also played in ideal conditions at Thai Country Club, won in style by Vijay Singh, who carded a magnificent score of 66 – two strokes ahead of Ernie Els and Jesper Parnevik. More recently Thai Country Club hosted the 2007 and 2008 Volvo Masters.

Regularly voted as a Top 5 course in Asia, Thai Country Club is a layout that requires sage course management. It’s hard to imagine the terrain here was initially flat, especially when looking across the pleasantly rolling earth mounds, contoured fairways and often elevated greens. The fairway and greenside bunkering are superb. Anything wayward from the tee will usually be found but is also likely to be sitting down in clinging semi-rough, making your next shots just that bit more difficult. 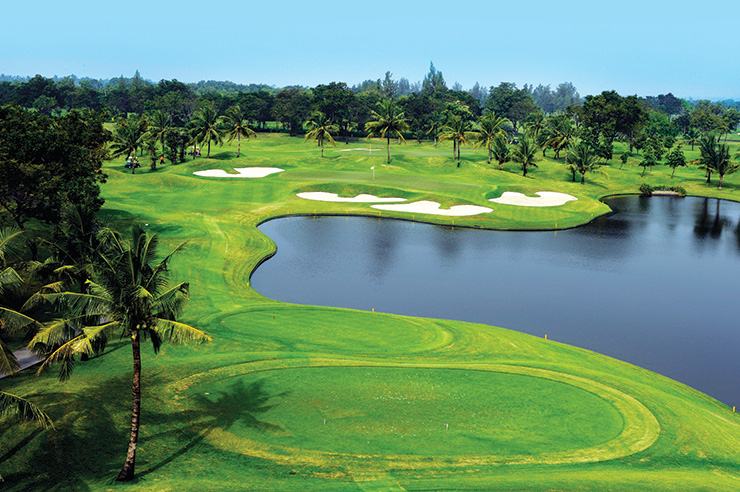 The undulating greens make for many exciting pin placements with several top-class holes among this very strong 18. The 6th, measuring 218 from the back tees, is amongst the best, as challenging as they get with water guarding the right side and bunkers in front and behind the green.

The clubhouse is surrounded by water between the 1st tee and 18th green and is regularly voted the best clubhouses in Asia. The Gallery restaurant dishes up Thai, Chinese, Japanese and Western cuisine. The golfer’s lounge area is the perfect place to reflect on your round. With spectacular views over the course, golf in Thailand doesn’t get any better than the Thai Country Club.