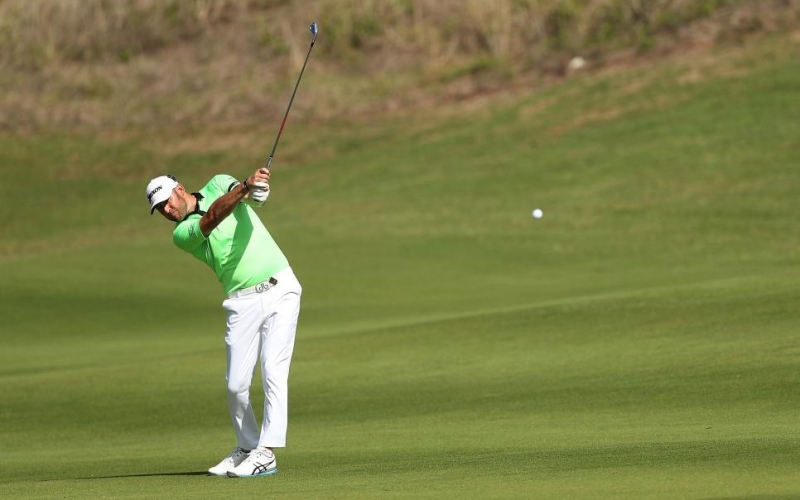 Mark Metcalfe
Damien Jordan in action at the 2017 Fiji International.

By Alex Myers
After COVID forced the cancellation of the Australian PGA Championship in 2020 and the postponement of the 2021 edition into the new year, the tournament finally began on Thursday. For one player, though, the long-awaited week ended rather quickly. And in truly bizarre fashion.

Damien Jordan withdrew during the first round after cutting his hand. And if that’s not weird enough, apparently, the injury was sustained when he tried to move a stake at Royal Queensland Golf Club. Yep, a stake.

A bizarre retirement today at the #AusPGA for Damien Jordan, went to move a stake on course and sliced his hand the entire width from top to bottom. Quite heavy bleeding so off to see a doctor.

Details are still unclear, but the Australian Associated Press also reported Jordan’s WD due to “slicing his hand trying to move a stake on the course.”

Jordan is currently No. 1,715 in the Official World Golf Ranking. He achieved a career-best of No. 530 in 2017, the same year he won the Victorian PGA Championship.

This week’s event is being run in conjunction with the maiden Australian WPGA Championship. After Day 1, 20-year-old Louis Dobbelaar has a one-shot edge in the men’s competition, while Su Oh leads the women’s event.