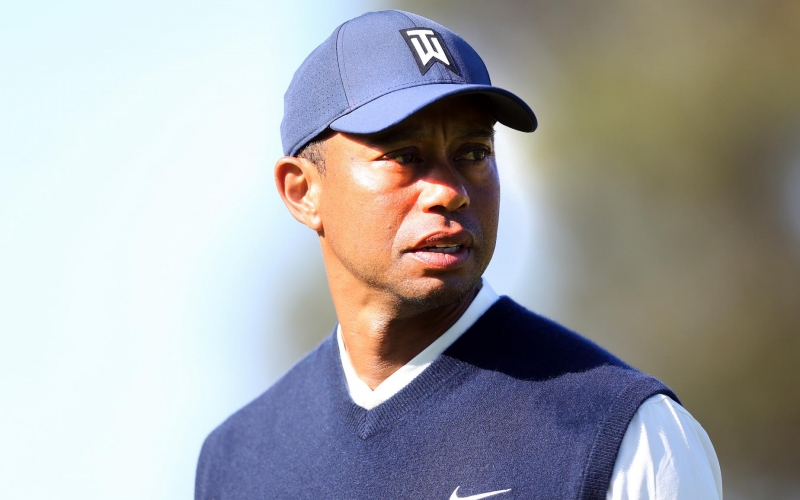 By Daniel Rapaport
Despite flashing a PGA Tour-ready game last month at The Match, Tiger Woods will not be joining his fellow tour pros when they re-start the PGA Tour season next week at the Charles Schwab Challenge at Colonial. Woods’ name was not among the entrants in the 148-player field in Fort Worth when Friday’s 5 p.m. Eastern deadline passed.

Woods last played on Tour in February at the Genesis Invitational at Riviera, an event he hosts. Woods made the cut but shot 76-77 over the weekend before skipping the next four tournaments, including the Players Championship, to rest a sore back. Then, of course, the coronavirus pandemic forced a nearly three-month stoppage.

RELATED: Stacked field at the Charles Schwab Challenge includes 16 of the world top 20

The last time the public saw Woods play was on May 24, when he and Peyton Manning defeated Phil Mickelson and Tom Brady in a match that raised more than $20 million for COVID-19 relief. Woods looked fantastic that day, displaying complete control over his golf ball at his home course, Medalist, in South Florida.

The performance had some hoping he would compete in the first official Tour event to be held since March. That said, Tiger has only played at Colonial once previously in his career. That was in 1997, his first full year on Tour, when he finished T-4.

Where Woods will indeed re-start his season remains a mystery. The tournaments following Colonial are the RBC Heritage (June 18-21 in Hilton Head, S.C.), the Travelers Championship (June 25-29 in Cromwell, Conn.) the Rocket Mortgage Classic (July 2-5 in Detroit), and then back-to-back tournaments at Muirfield Village in Dublin, Ohio. The first of those events will be a full-field event sponsored by Workday. The second will be the Memorial Tournament, an invitational hosted by Jack Nicklaus that is scheduled for July 16-19. Woods is a five-time champion of that tournament and has never missed it when healthy enough to play.

The field at Colonial is shaping up to be one of the finest of the PGA Tour season, with the top five players in the World Rankings and 15 of the top 20 set to tee it up in the first tournament since the Players Championship was cancelled after one round due to the coronavirus.

Woods is seeking a record-breaking 83rd PGA Tour victory, having tied Sam Snead at 82 with a three-shot win at the Zozo Championship in Japan in October. He has made just two official Tour starts since—a T-9 at the Farmers Insurance Open and a T-77 at the Genesis.