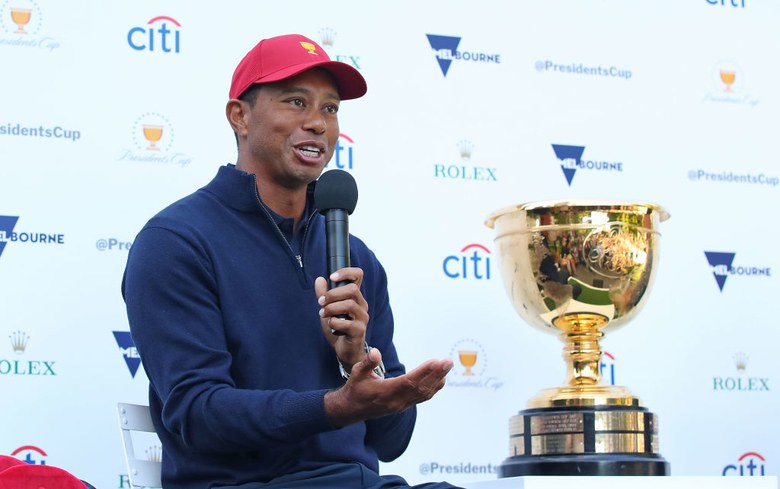 Scott Barbour
Tiger Woods, the U.S. Presidents Cup captain, used one of his four captain’s picks on himself. The Presidents Cup will be held on Dec. 12-15, 2019 at Royal Melbourne Golf Club in Australia. (Photo by Scott Barbour/Getty Images)

By John Strege
U.S. Presidents Cup Captain Tiger Woods announced his four captain’s picks Thursday, and the most newsworthy name among them is Tiger Woods. He will become the first playing captain of a Presidents Cup team in 25 years.

When Woods recently won the inaugural Zozo Championship by three strokes in a year in which he also won the Masters, the likelihood of his making himself a playing captain no doubt increased substantially. “I think the player got the captain’s attention,” he said then.

The last playing captain in a Presidents Cup was Hale Irwin in 1994.

As Captain, I’m going to choose Tiger Woods as the last player on the team. https://t.co/AR7zgDTJkZ

RELATED: International Team captain Ernie Els goes for players on form and one, Jason Day, searching for his form

The Presidents Cup will be played Dec. 12-15 at Royal Melbourne Golf Club in Victoria, Australia.