International Team Captain Ernie Els goes for players on form and one, Jason Day, searching for his form 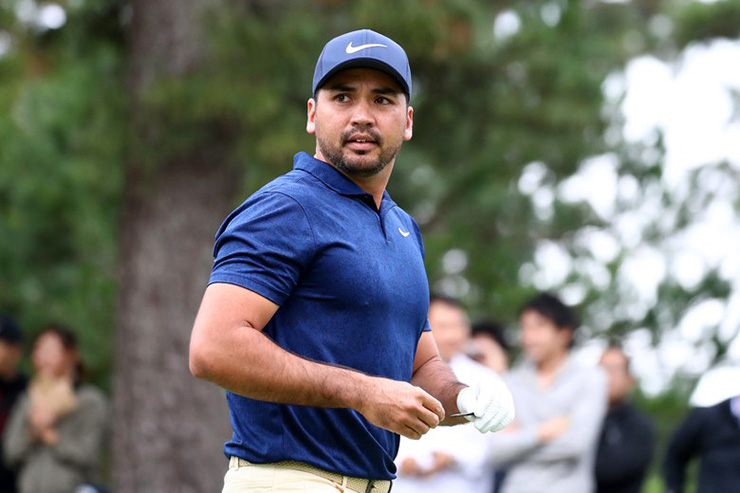 By Dave Shedloski
Ernie Els went with players who have shown good form – well, mostly – Wednesday in making his four wild-card selections to fill out his International Team for the upcoming Presidents Cup in December in Melbourne, Australia, adding two rookies to give his team an even split of six first-timers to go with six returnees.

Sungjae Im of Korea, the reigning PGA Tour Rookie of the Year, and Joaquin Niemann of Chile, who won the season-opening event, A Military Tribute at The Greenbrier, will be the newcomers – and young ones at that, 21 and 20 years old, respectively. Niemann is the first Chilean to compete in the biennial competition.

Adam Hadwin of Canada, 32, who made his debut on the 2017 squad that was pasted by the United States at Liberty National, and Jason Day of Australia rounded out the wild-card selections.

“Yes, I looked at guys who have been playing well for a while,” said Els, himself a rookie captain, who put some emphasis on putting statistics in making his choices. “In my experience of these cups, it comes down to pressure putting in a lot of instances.”

Day, who was ninth on the International Team points list, also played on the 2011 squad that lost in Melbourne. He is 5-11-4 in his previous four appearances but will be playing for the first time as a captain’s pick. A native of Queensland, Day is the outlier on form, having gone without a top-10 finish since the Masters, though, for what it’s worth, he did win the made-for-TV Japan Skins event two weeks ago against Rory McIlroy, Hideki Matsuyama and Tiger Woods, the U.S. Presidents Cup captain.

Woods will announce his four captain’s picks Thursday night. The reigning Masters champion is coming off his record-tying 82nd career PGA Tour win at the Zozo Championship in Japan and is likely to make himself one of the picks.

“I do think he’s going to pick himself. I don’t think he has any choice,” said Els, who announced that the event at Royal Melbourne will begin with four-ball matches. The 13th edition of the Presidents Cup is Dec. 12-15. The U.S. leads the series 10-1-1, with its only loss at Royal Melbourne in 1998.

Day, 31, joins fellow Aussies Adam Scott, Marc Leishman and rookie Cameron Smith, bringing the number of Australians who have played in the Presidents Cup to 54, by far the most on the International Team.

“He brings a lot to this team,” Els said of Day, a former world No. 1 player. “He brings leadership, he brings experience, and he’s a hometown player, obviously.”

Im and Niemann were hard to pass up. The former posted 16 top-25 finishes last season and nearly won the Sanderson Farms Championship in September, losing in a playoff to Sebastian Munoz. “He just played his way on to the team with his consistency,” Els said.

Niemann’s impressive six-stroke victory at The Greenbrier makes him one of only two winners on the International Team in the last year. C.T. Pan won the RBC Heritage in April.

“I didn’t go looking for Joaquin who is 20, or Sungjae who is 21, but they made themselves a lock on this team,” Els added. “I definitely wasn’t that good at 20, 21, but these guys are world-class players and they’ve proven themselves. I’m excited by the new blood that’s coming in.”

“I definitely wanted another shot at this. Hopefully, we can right some of the wrongs that have occurred in the past,” said Hadwin, who was 0-2-1 at Liberty National, where the U.S. squad won easily, 17 ½ to 10 ½. Hadwin opened the current season with two straight top-5 finishes.

Among the players Els left off were South Korea’s Ben An, a former U.S. Amateur winner ranked 41st in the world, Canada’s Corey Conners, winner of the Valero Texas Open, and South African Branden Grace, who went 5-0 four years ago in Korea but has slipped out of the top 100 in the world rankings.

“All these guys I didn’t pick are good friends of mine, so it was very difficult, but I needed form,” Els said. “From our point of view, we’re very comfortable and we’re very happy.”