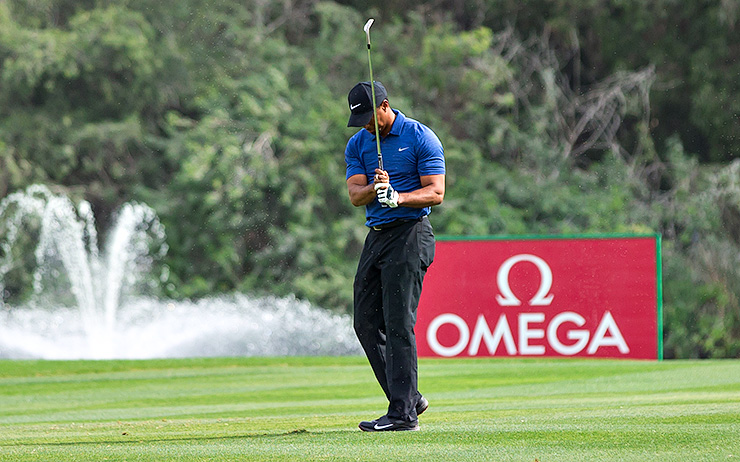 It’s been an inauspicious week for Tiger Woods’ ongoing return. The former No. 1 fired a first-round 77 at the Omega Dubai Desert Classic and withdrew from second-round play due to back spasms, developments so dour that Vegas released odds regarding Woods’ possible retirement. Also adding to the sorrow: Butch Harmon. In an interview with Sky Sports, Tiger’s former coach sounded skeptical on the 14-time major winner’s prospects.

“I’d like to say yes, but it doesn’t seem likely at the moment,” Harmon said to Sky Sports, regarding Woods’ chances to regain his heyday form. “Tiger is 41 years old, he’s had three back surgeries and four knee surgeries, and the young kids on Tour right now are playing better and better.”

According to Harmon, the biggest goal for Woods should be health, and judging by a slower swing speed, he’s far from 100 percent.

“Are we ever going to see him playing at the heights he did back in the early 2000s? Probably not, but the main thing he has to do right now is somehow get himself healthy,” Harmon said. “He’s been off for almost a year and a half, and now he’s come back but he still can’t finish a tournament. To me, that’s not a good sign.”

Not that Harmon — who was with Woods for eight major titles — isn’t pulling for Tiger. But Harmon appears to be accepting reality.

“We all want to see him playing well again, but right now I’m concerned that someone I have admired for so long, and who I believe is the best player who ever lived, might not be able to play at any kind of level again,” he remarked.

After an off week, Woods is scheduled to appear at the Genesis Open and Honda Classic.