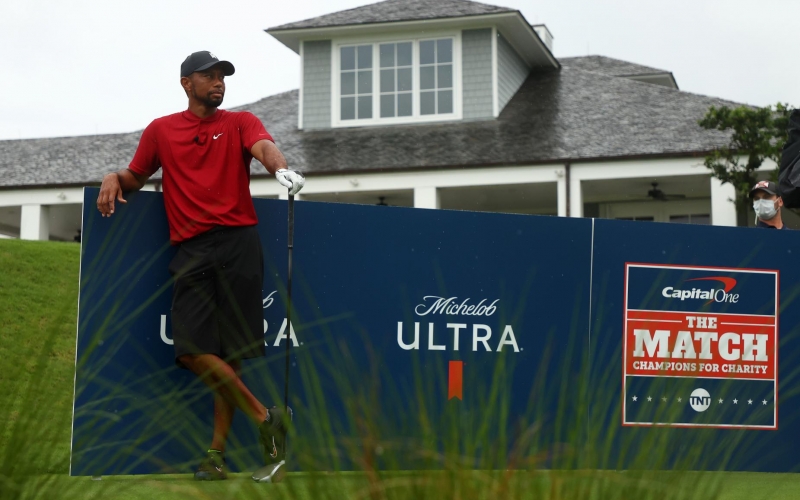 By Alex Myers
The PGA Tour returns this week (Hip hip hooray!) with an incredible field at the Charles Schwaab Challenge. But while 16 of the top 20 in the Official World Golf Ranking will tee it up at Colonial Country Club, Tiger Woods will be noticeably absent from an event that will feel more like a major.

Not to worry, golf fans. The 15-time major champ is feeling pretty good, as evidenced by his sharp play in The Match: Champions for Charity last month and he will undoubtedly make his official return soon. The question is just how soon?

In the meantime, you can bet on the next Big Cat sighting. SportsBettingDime.com is offering odds on when Woods will make his next PGA Tour appearance. And the favourite is a tournament Tiger hasn’t played in more than two decades.

Next week’s RBC Heritage is listed at 4-to-3 odds, a slight favourite over next month’s Memorial (2-to-1 odds). Tiger hasn’t competed at Hilton Head’s Harbour Town Golf Links, the longtime Heritage venue, since his lone appearance in 1999 when he finished T-18.

In contrast, Woods has made the Memorial an annual tradition, winning Jack Nicklaus’ tournament a record five times, most recently in 2012. Here’s the full list of odds regarding Tiger’s return:

Woods has never played in the Travelers or the Rocket Mortgage, which was added to the schedule last year. It should be noted the John Deere Classic has been cancelled for this year. The PGA Tour reportedly has replaced it with another event at Muirfield Village, the site of the Memorial the following week.

In any matter, we’re guessing Woods, who hasn’t played in a PGA Tour event since the Genesis Open in February, won’t play that week. What we’re even more sure of is that we won’t have to wait another four months to see him tee it up on tour again. Thankfully.