The Return To Glory Video 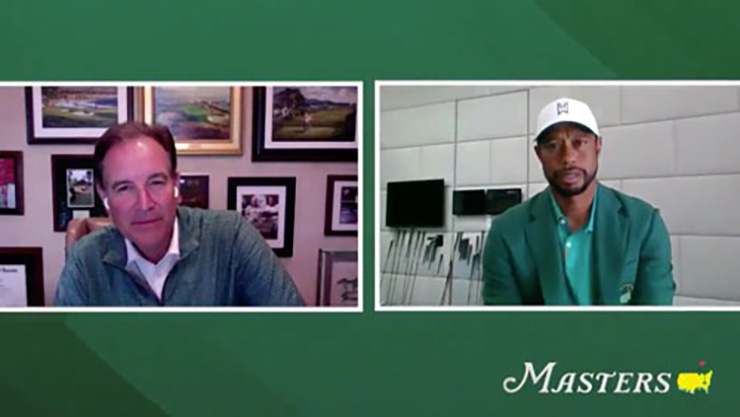 By Alex Myers
Considering there was no live golf, that was still a pretty darn good Masters Sunday. A day after Phil Mickelson joined CBS’ Jim Nantz to add commentary during the replay of his 2004 Masters win, Tiger Woods did the same for his epic victory last year. And the result was spectacular.

As Nantz told Golf Digest’s Guy Yocom earlier this week, “Having Phil and Tiger talk about their wins as they watch the old broadcasts is pure gold for the viewers.” He was right. By Sunday evening, the legendary broadcaster—and yes, Golf Digest columnist—was trending on Twitter along with Woods, who provided insightful analysis throughout the Masters Rewind. Tiger talking to Nantz about everything happening on No. 12 when he made par while playing partner Francesco Molinari found Rae’s Creek for a stunning double bogey to lose control of the tournament was particularly good TV. But it wound up having nothing on their final segment recorded from their respective homes.

When Woods returned to walk viewers through the final moments of his 15th major victory, he had slipped on his green jacket and let down his guard like we rarely see. First, he discussed the immediate aftermath of the win and heaped praise on caddie and buddy Joe LaCava. Unfortunately, there’s not video of that, but here’s a five-minute video of Tiger talking about embracing his kids and his mom. Just a heads up, you might need a tissue:

.@TigerWoods walking off the 18th green to celebrate his return to glory with his family is an image we’ll never forget.

One year later, he reflects on just how much it all means to him. #MastersRewind pic.twitter.com/9DfmU8k2pL

So good. You’re right, Jim. Not a dry eye in the house.