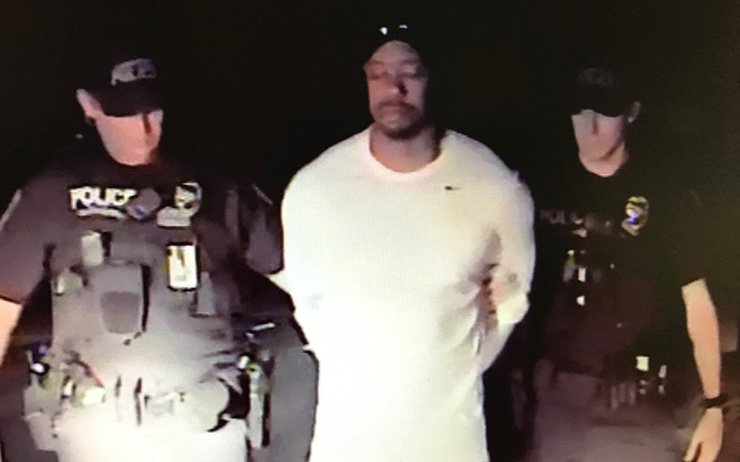 News of Tiger Woods’ DUI arrest on Memorial Day broke late Monday morning, but there’s been a steady stream of information to come from the Jupiter (Fla.) Police Department since. First, details about the arrest, then a full report on Tuesday and finally, photos of his damaged car and dashcam video on Wednesday evening.

The Palm Beach Post’s Hannah Winston was one of the first to share parts of the dashcam footage that show a clearly impaired Woods following directions from cops. Woods was found asleep behind the wheel with his car blocking the right lane at around 2 a.m. Monday morning. He was booked at 7:18 a.m. and released at 10:50 a.m. That night, Woods issued an apology, but stated “alcohol was not involved.” Woods recorded a .000 blood-alcohol level, but told police he takes four medications, including Vicodin.

After receiving his first criminal charges, Woods faces a legal battle. A local first-time DUI offenders law could help him, but only if it’s determined that Woods wasn’t in a crash. Woods’ car was found with two flat tires on the driver’s side and minor damage to the rims and bumpers.

Here are some short clips of Woods going through some field sobriety tests, and at times, visibly struggling:

Video from Tiger Woods' sobriety test: Woods is asked to recite his ABCs. Walks off for a minute and then asks police what he's doing. pic.twitter.com/ny7uKN4sBP

And Woods reciting his ABCs very slowly. And then getting handcuffed:

Woods is able to get through his ABCs clearly, slowly. He's then placed in handcuffs by Jupiter Police. He's arrested on charges of DUI. pic.twitter.com/GYpDK5bJC7

After being searched for weapons, Woods mentions he has “a few screws in the body,” in reference to his surgeries:

As police ask Tiger Woods if he has anything else on him like a necklace, he said he has "a few screws in the body" referencing surgeries pic.twitter.com/Niuc822PrR

On the drive to the jail, Tiger Woods is mostly quiet. At one point he asks what the charges/counts are against him. Officer says it's DUI pic.twitter.com/S2RnIW6fQ8

You can watch the full video below, which also includes Woods unable to walk in a straight line at one point:

You can see the full video from Jupiter Police on the Tiger Woods DUI arrest here: https://t.co/Ti2CXnFPiH pic.twitter.com/zi3ZDtyNsl

Woods is currently recovering from undergoing a fourth back surgery in late April. His arraignment is scheduled for July 5 at 8:30 a.m.