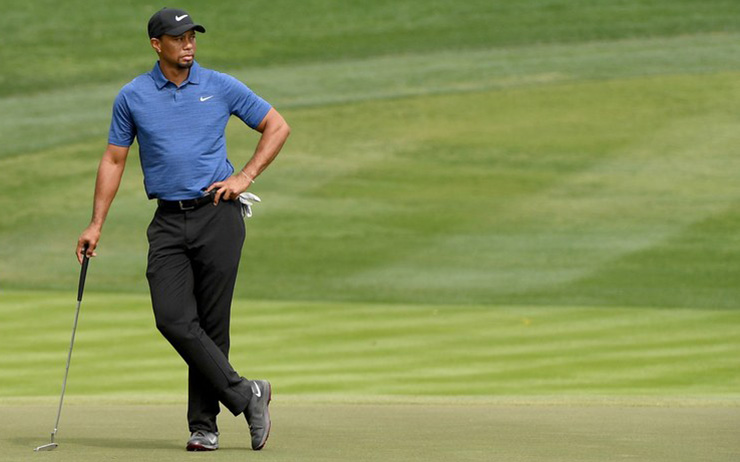 Now what for Tiger Woods? More details from his DUI arrest early Monday morning in Jupiter, Fla., emerged on Tuesday, including the facts that Woods was found asleep at the wheel, did not seem to know where he was and, perhaps most alarmingly, that there was damage to the black Mercedes in which he was behind the wheel, specifically flat tires on the driver’s side as well as damage to the front and rear bumpers and a broken tail light.

Despite his cooperation with police and admittance of an “unexpected reaction” to prescribed medication, it is a harrowing picture. Woods’ arraignment is set for July 5.

That is if the matter even goes that far, something that is far from a certainty.

Speaking with multiple attorneys in South Florida who are well-versed in DUI cases in the area and familiar with the details of Woods’ arrest, all agreed that the state’s case against the 14-time major champion will hinge on the results of the toxicology report. Those results will take two to three weeks to come back.

Once they do, the state’s attorney is likely to go in one of four directions. In laymen’s terms, he can proceed with the case as a regular DUI offense; can file for more severe charges; seek a lesser charge, such as reckless driving; or not bring any charges at all.

Given the 41-year-old Woods’ lack of a criminal record (he was cited for reckless driving in the infamous 2009 crash into a fire hydrant outside his then-Orlando home), his standing in the community, his cooperation with authorities—which included submitting to a urine test—it seems plausible, according to those contacted by Golf Digest, that the charges could get knocked down to lesser offense. Also working in Woods’ favor is the fact that twice he blew a 0.00 when given a breathalyzer after his arrest.

“If charges do get filed, typically a defendant will file a plea of not guilty, and later [the state] can decide how they want to handle the case,” said attorney Eric Schwartzreich. The Fort Lauderdale-based lawyer has represented celebrities and athletes in similar cases, including Miami Heat basketball player Udonis Haslem, who in September 2010 saw marijuana possession charges against him dropped. “[Tiger] has a case to mount.”

If lesser charges were filed, Woods could likely avoid the possibility of any jail time. On the other end of the spectrum, if Woods were charged with DUI and convicted, the result would be much stiffer penalties. In Florida, first-time DUI offenders can face up to six months in jail, a year of probation, $1,000 in fines and fees, 12 hours of DUI School and 50 hours of community service. Woods’ license would also be suspended for at least six months.

We also posed the question to our lawyers whether a DUI involving alcohol versus one involving controlled substances would be treated differently. The latter involves much more of a gray area, starting with the fact that that it tends to be a more sympathetic matter among jurors, according to the attorneys. Additionally, while a breathalyzer can measure the amount of alcohol in someone’s system—.08 is the legal limit in Florida—a urine test is far less specific in detecting the amount of various substances, making it more tricky when used in court.

“A urine test doesn’t quantify how much or when you took the prescription drugs,” said Rob Melchiorre, a former assistant state attorney at the Palm Beach County State Attorney’s Office who is now a criminal defense lawyer at Perlet, Shiner, Melchiorre & Walsh, P.A. and also lives not far from where Woods was found. “You can narrow it down to a window—marijuana stays in your system 30 days but pills don’t stay in your system that long. The ironic thing is if he refused a urine test this case would’ve gone nowhere.”

PODCAST: What to make of Tiger Woods’ latest scandal?

Interestingly, Melichorre said that Ambien does not fall under DUI jurisdiction despite being a controlled substance. If that were to be the culprit found in Woods’ system, it would not be cause for DUI.

In 2009, Woods had reportedly taken the prescription sleep aid as well as painkiller Vicodin prior to crashing his car outside his Isleworth Country Club home. On Monday, Woods, who has undergone a handful of back surgeries since early 2014, told police he had prescriptions for four medications. Ambien was not one of the medications listed on the report; Vicodin was.

Meanwhile, Woods’ agent Mark Steinberg did not respond to messages from Golf Digest. The PGA Tour also said through a spokesman that it had no comment on Woods’ DUI or possible disciplinary actions.

As for how quickly Woods is able to move on from this latest incident, the answer could come down how Tiger and his legal advisors approach the matter moving forward, according to lawyers.

Said Schwartzreich: “Does he want to fight this, or get done with it and move on?”