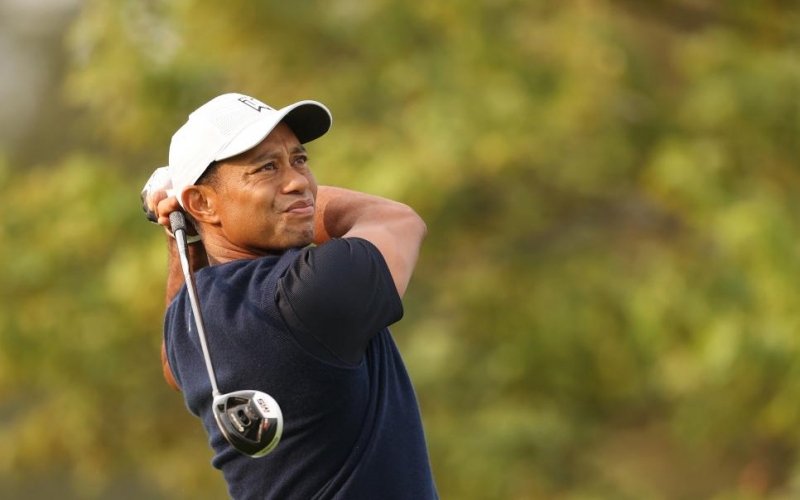 By Tod Leonard
As long as Tiger Woods was upright and swinging a golf club, there was little question he would attempt to defend his title in the Zozo Championship. After all, because of the coronavirus pandemic, he’s basically playing on one of his home courses at Sherwood Country Club in Southern California.

Woods made his participation official on Wednesday with a tweet that said he is “excited to defend my title,” which he won last year in the event’s inaugural staging in Japan. It ultimately had to be moved to the United States for this year because of travel restrictions due to COVID-19.

I am excited to defend my title at the @zozochamp. It is disappointing that we will not be able to play in Japan this year, but Sherwood Country Club will be a great backdrop for what I know will be a great Championship. pic.twitter.com/bSvApTd4uD

The Zozo will be played at Sherwood, Oct. 22-25, and it figures to be Woods’ warm-up for the Masters, which will be played Nov. 12-15. At the course in the hills of Thousand Oaks, Calif., northwest of Los Angeles, Woods hosted the Hero World Challenge and won it five times. The last of those victories came in 2011, when he beat Zach Johnson by one shot.

This year’s tournament is part of a western swing in the first portion of the 2020-21 season. Preceding it will be two events in Las Vegas—the Shriners Hospitals for Children Open at TPC Summerlin and the CJ Cup @ Shadow Creek [Oct. 15-18). The latter was moved from South Korea for this year because of COVID-19.