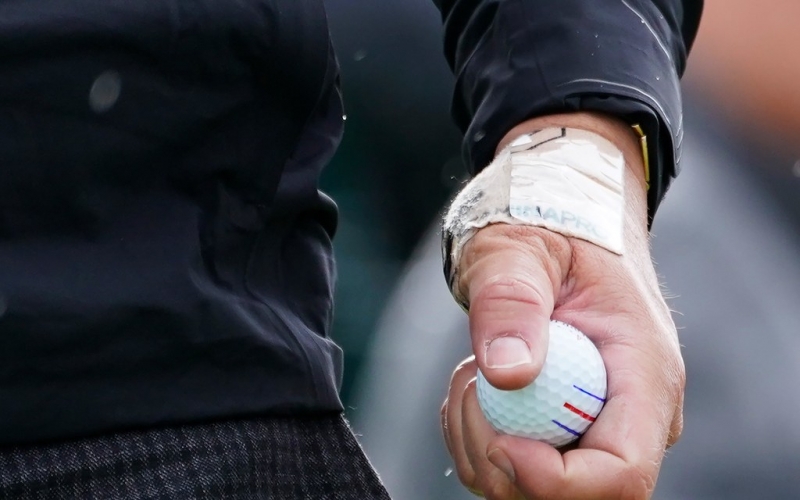 By Mike Stachura
While Phil Mickelson was touting a resurgence in his clubhead speed as one of his keys to his victory at the AT&T Pebble Beach Pro-Am, there may be another less overt element to his newfound fountain of youth. The three lines on his golf ball might be making his eyes work better.

It’s the kind of scientific explanation Mickelson might have invented if in fact it weren’t actual science. Which, as it turns out, it is.

The lines, what Mickelson’s equipment manufacturer Callaway calls “Triple Track Technology,” are an example of vernier acuity, according to Carl Bassi, a Ph.D. professor at the University of Missouri-St. Louis College of Optometry. In the simplest terms, vernier acuity refers to the ability of the brain to process subtle differences in alignment detected in the eyes. By having the right kind of multiple reference points (like a centre line flanked by two parallel lines), the brain perceives the straightness of aim better. It’s a technology used in gun sights and the landing strips on aircraft carriers.

“Your ability to discern small levels of discontinuity or levels of change in a signal is 20 times greater than just the optics of the eyeball itself,” said Alan Hocknell, Callaway’s senior vice president of research and development. “That’s the kind of phenomenon being used here.”

Bassi researched the design with Ray Barrett, the 80-something inventor and retired founder of a St. Louis biomedical research firm. Barrett came to Prof. Bassi after he started drawing the lines on his golf ball in hopes he might see his tee shots better.

“With my group, when we hit a tee shot, the first thing we ask is ‘Where’d it go?’ and the only thing we ever hear is, ‘Well, it sounded good,’ ” Barrett said. “But we all started putting better, and I wanted to know why this might be working, if it is working.

“When I brought it to [Bassi], he looked at it and said, ‘Well, you’re trending toward vernier acuity.’ I said, ‘Oh, hell, that sounds like a disease.’”

On the contrary, Barrett’s lines on the golf ball served to activate in the brain what’s called “hyperacuity,” Bassi said.

“If you just go by the optics of the eye itself, there are just certain limits the eye imposes,” Bassi said. “We know that with these vernier acuity effects, the hyperacuity exceeds the limit that you would have predicted based on the anatomy of the eye by itself. What we’re doing is we’re taking advantage of this hyperacuity by optimising these parameters.”

The parameters of the lines include having three lines so that the two outside lines flank the centre line. The distance the lines are apart is crucial as are the varying colours and size of the lines. In the case of Callaway, the colours are a wide red centre line flanked by thinner blue lines. 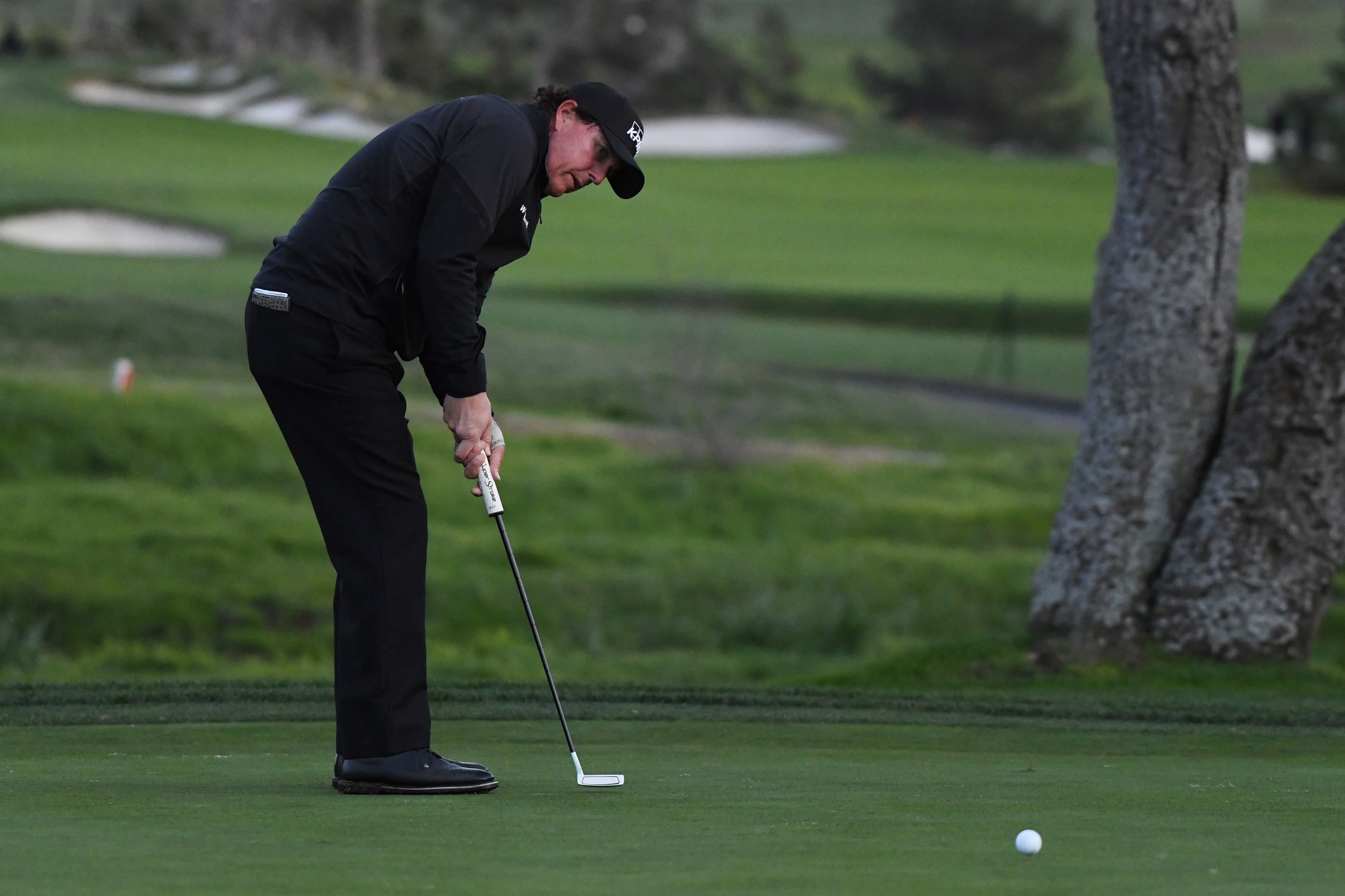 Harry How
Mickelson’s ranking in three-putt avoidance has shot up this season.

The alignment feature is seen on Callaway’s new ERC Soft golf ball, but Mickelson is using it on a specially made version of the Chrome Soft X ball he plays.

Bassi’s lab at the UMSL College of Optometry tested Barrett’s idea by embedding a laser in a golf ball and compared the aiming accuracy of three lines versus the typical single alignment line found on most golf balls. The testing showed a 12-percent improvement in accuracy for the three-lined ball on a 10-foot putt.

While Mickelson’s putting stats generally haven’t shown dramatic improvement this year, his three-putt avoidance has gone from 55th in 2018 to 12th so far.

Bassi said the lines’ effects work independently of how good your vision is.

“Even for people that don’t have optimum refraction and may not have perfect visual acuity, they still have very, very good hyperacuity,” he said. “I could imagine someone being tired might be able to function better.”

Like, say, someone late in a six-hour round played in near darkness who said he could see perfectly fine.